The Delta Variant in Mother Russia 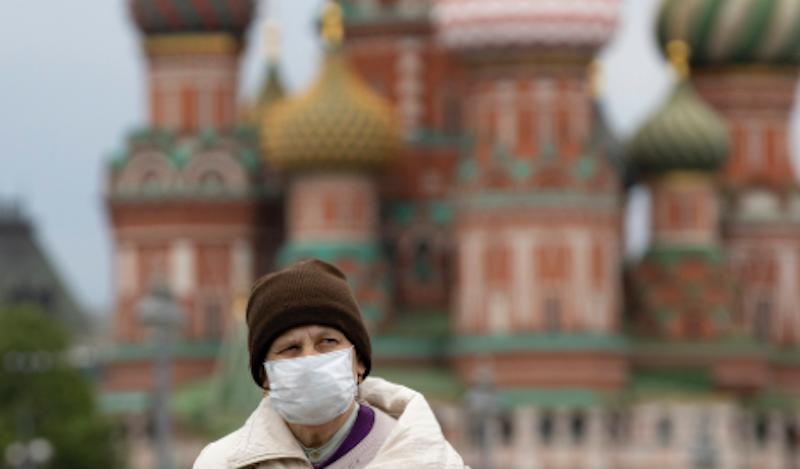 A Russian-born fellow parishioner of mine just returned from Our Holy Fatherland and what she reports about the response to the Delta variant in that country, Russia, is sobering for what it says about us here in the United States.

In her hometown of Nizhny Novgorod, Lyuba says, life goes on more or less as it would as if Covid-19 weren’t much of an issue at all. Keen Russophile that I am, I’d like to think that that means with that bluntness shading into rudeness, fatalist passivity, vicious byzantine intrigue in the institutions of power, and resignation to corruption that has always characterized Russia at its most admirable. But of course Lyuba has in mind more mundane, though in context no less meaningful, things.

She says that mask use is common enough in Russia but never required or fetishized. Citizens—I’m tempted to say “comrades” to honor that organic social solidarity that is so strong in Russian society—mostly wear masks on public transport, though many wear them “below the nose” (much as, not to put too fine a point on it, I used to wear my Jockey shorts during frat house japes in my college days in Bloomington) and young people don’t wear them at all. Lyuba reports that almost no one was wearing a mask at the city’s wonderful puppet theater, to which she took her godchildren for a performance of Sleeping Beauty, and that neither musicians nor audience members were masked at a chamber music evening she attended.

Meanwhile, there are no vaccination requirements to enter restaurants or other private establishments, and as late-August brings its first chills to western Russia, citizens are without anxiety migrating their social gatherings out of those lush backyard gardens which are the glory of the provincial Russian household and into their dining rooms.

Most of all, Lyuba said, there was none of that panic or hysteria that characterize life in the Covid-era U.S. No perpetual barrage of press reports counting up cases and luridly stressing death rates; no social media campaigns demanding school cancellations; no public shaming campaigns; no assimilation of the pandemic into this or that side in a “culture war.”

I’ve read the reports about Russia’s Covid-driven excess death rate. And yet, with no sense of a baseline—how many excess Russian deaths, for example, does the flu cause each year, and if I wanted to find out, could I even trust the information that a corrupted English-language media provides?—I’m left to wonder about the seriousness of the problem. Are Covid-19 in general and the Delta variant in particular really as horribly dangerous as the American media assures me that they were, and are the Russians irresponsible at best and insane at worst?

No Covid-denier am I. Nor, as a man in his late-60s with a serious underlying condition that I’ve only hinted at in this space, am I anti-vaccination: I was probably one of the first people in Indiana to receive the Moderna jab, and I’d like to think that that weedy single mother whom I elbowed as I shoved to the front of the line at the vax clinic still has the welt on her temple to show for her insolence. Yet I can’t chase the feeling that in the absence of an American media, and of the American upper middle class that that media serves and whose worldview it amplifies and reflects, Covid-19 recedes into a manageable problem: a nasty, real, but ultimately not especially disruptive phenomenon.

I’ve written before about worthy Lyuba, the fine squat fiftysomething whose hearty gold-toothed guffaw is one of the glories of our Russian Orthodox congregation here in rural Indiana. I find her cabin, in which she lives alone amidst her icons and her Soviet editions of the classics bound in dark brown leather, charming, and have spent hours there sipping elderberry liquor and listening to her charming apercus about Brezhnev’s decency, the Nazism of the Helsinki Group, and Sakharov’s secret career in pederasty. Lyuba herself is charming, with her work boots, lazy eye, shapely paunch, and steel-gray bob, which she cuts herself.

It was Lyuba who donated the little Stalin icon which for a long while graced our church’s iconostasis—before it mysteriously vanished. Lyuba blames for Stalin’s “erasure” a fellow parishioner of ours named Jokubas whose mother was Lithuanian.

“The Lithuanian was always incapable of profound understanding,” she says in her heavy accent. “The Baltic oaf is as insensible to God as he is ignorant of History. But Stalin was an agent of both History and God. I never knew a Lithuanian to honor, in appropriate humility, the great men of his time.”