Hot Fun In The Summertime Blues

August is winding down toward autumn's chilly dawn. 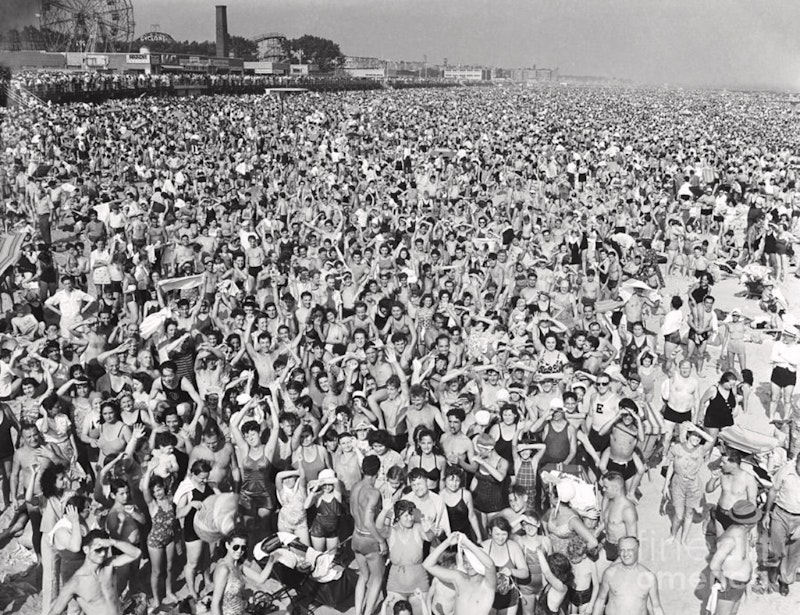 The leaves begin their crazy dance right on cue. Falling at July's end, a slow tango floating in the breeze. Heatwaves and thunderstorms continue, an electric strobe light show in the night sky. A blanket of stars, an insane disco ball. August is winding down toward autumn's chilly dawn. The change feels brand new. But again, those familiar feelings creep like a thief in the night who's been here before. Stealing just enough precious time for a taste. Ultimately, seasons arrive, lingering long enough to note their departure. It's a clockwise recognition of ever-changing permanence. Going through the motions of too hot, too cold, or just right. That's how the weather behaved before it went bonkers. Climate change isn’t funny, but the joke's on us. No one cares about extreme weather when it's not in their face.

Wildfires burn. Floods cover the land, polar ice caps evaporate, ice cubes melt in my cocktail. A sigh and another sip. The sun doesn't care. Sea levels rise by the pull of the moon. The world isn’t as sick as its inhabitants. Some fear it's terminal. The earth turns this crazy locomotion, doing the thing it does in its own way with exquisite timing. Summer days seem like they'll never end. They always do. There’s no cure for this. Sometimes I wonder what I'm gonna do. It's funny how songs can sum up life.

The mind goes through changes. We pretend to know, but it's the same old song with a different meaning. You know things aren't what they use to be. There's little or nothing to do when it's too hot in the shade. The luxury of air conditioning. Summer love raves on pubescent teenagers at the beach with virginal raging hormones, throbbing hard-ons, and hot crushes that disappear with the sunrise. Dancing around bonfires of young, burning love like autumn leaves. On the shore, the night’s vast. If it goes up in smoke, the ashes prove the fire. It's risky business playing with matches and a fragile kindling of love lost.

Tomorrow's promise is today's heartbreak. Look to the future, with bright wide-eyed wonder. If I'm still there by then, I'll know to never pass this way again. To remain present in a time of no time. The future’s a guessing game we play, killing time. It's enough to make you cry while laughing at the impossibility of another day in paradise.

I can't say if the future looks promising. The world pays us no mind. It doesn't need to. All things pass through the needle's eye of musical connections. It isn't up to me to arrive at answers. Just sing a song in tune. It's spinning the wheel to win a trinket. We're doing the hanky panky hippy shake, dancing in the streets while it all goes something like this. Many say money makes the world go round, but it's always been the music.

Maybe under the boardwalk or up on the roof, but always dancing. Do the twist or rip it up, dancing with myself, and one toke over the line, sweet Jesus. We get it on. Bang a gong. The dancing queen in dreams, I walk with you. There's a song for every emotion. Songs color life in shades of memory. How music triggers a time and place once heard and never forgotten. The summer wind comes blowing in across the sea. Reminds me of those dog days on the sandy shoreline waiting for the sunrise. The sunshine of life is the better part of living.

Listen to the echoes of our minds, reeling in the years. The wanderer is stepping into tomorrow with both feet on the ground. A Saturday in the park or Sunday picnics of fond remembrances. The cool breeze of summer in the city, a brief break from the heat. The songs we recall are connected to events that trigger emotions. There's a song for every occasion. They pluck heartstrings and stir the hubbub of brain wave activity to a time and place of fond reminiscence.

There are some songs we would rather forget. I can still hear a cover version of “Summertime Blues” in my friend's club basement. It was way too loud. He mimicked every nuance of the bouncing bass lines with his mouth, moving his arms playing air drums to the driving beats, shaking while scraping my eardrums off the walls. It was a hellish auditory experience. Sound can play tricks on the senses. Make it uneasy and edgy. There were no soothing rhythms. That's how vivid it was hearing that song. Then playing “Hot Fun In The Summertime.” Quite a contrast. One's happy song is another one's dirge. Music has that staying power. The noise of nature or a well-constructed tune. Take a moment to listen and embrace the sounds of life.