Remembering a young woman whose short life came to a sad, ignominious end. 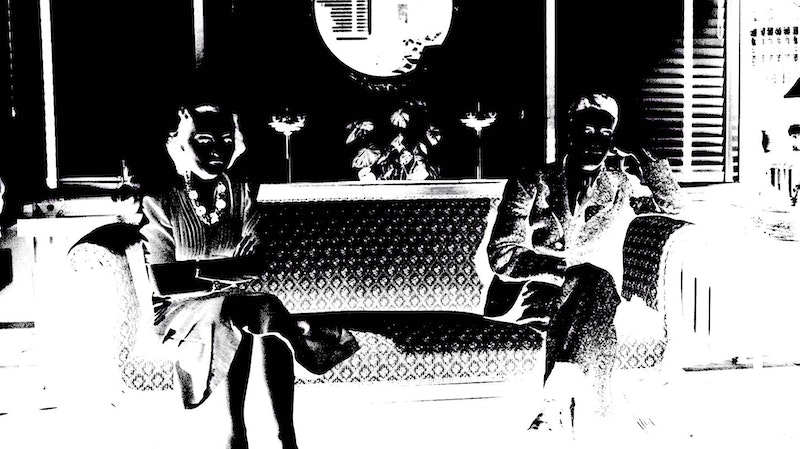 They said when you got to the top of the steps outside Mike’s door you could smell if Mookie was there: the putrescent odor wafted from under the clack between it and the floorboards, seemed to seep right through the several inches of wood. She’d been IVing and skin-popping for years now, mostly without much in the way of serious incident, but a week or so prior she’d gotten an abscess and it had been festering in the intervening days… swelling, becoming inflamed, stretching and cracking open, gunk and fluid bubbling to the surface like in a swampy, shitty mudhole, reeking of illness.

I knew Mookie for several years, though we were more like “friendly acquaintances” rather than friends; we never, to my knowledge, exchanged numbers and when we saw each other it was generally in the context of copping drugs at the same place or, most commonly, when I was hanging over at my friend Melvin’s house, where his nephew D and D’s crew were using the kitchen and most of the first floor as their base of operations, and Melvin and I were hanging in the furnished basement, playing cards or chess, watching old TV shows and movies on channels like MeTV, Grit, Comet and the like, talking about anything and everything and, occasionally, socializing with women like Mookie and her two sisters.

They were full-blown heroin and cocaine addicts but, particularly in Mookie’s case, didn’t have the look of the down-trodden and strung-out that most of us who reach that level of severity with the habit acquire. They supported themselves, and their habits, with the usual grab-bag of lumpenproletariat activity, as did the rest of us, in addition to cleaning Melvin’s house and offering their sexual services to D et al.

“Skin-popping” is a slang term usually applying to subcutaneous injection. Compared to intravenous injection, skin-popping is quicker and easier, as rather than needing to find a vein in which to shoot up—a proposition that becomes more and more difficult as one’s habit wears on, due to a variety of factors including unsafe injection methods, impurities in one’s drugs, worn-out and dirty injection equipment and so forth—the user simply sticks the needle tip just below the skin’s surface and depresses the plunger. The resultant high is usually somewhat less intense but is said to have a longer duration.

It’s also an invitation for an abscess, particularly given the likelihood that the drugs the end user gets on the street have been cut multiple times with anything from sheetrock to confectionary sugar; the body reacts the presence of foreign substances that it can’t break down via its usual processes by forming a pocket around the offending matter that becomes inflamed and, often, infected. Since a great many users don’t have insurance and a great many more feel they can’t spare the time to go to the hospital and get the abscess treated—to be a junkie is to be on a hamster wheel day in and day out, always running full speed and never getting anywhere, running oneself ragged just to stave off dope-sickness and keep well—an already serious issue can often become even more severe as a result.

Mookie did, eventually, get her abscess treated. I don’t know how long it took her—several days at the very least, but more like a couple of weeks, I think—but evidently the situation was pretty grim by the time she went to the ER. Her left arm was swollen like Popeye’s after a few cans of spinach and her right had begun to swell too. Both were discolored and, as I mentioned before, the odor was said to be distinctive, unpleasant and overpowering. She could hardly move them, apparently, and so they just sat motionless in front of her most of the time, whether she was sitting still or walking. Putrid, semi-solid pus oozed from the widening hole in the abscess, like a semi-active volcano. She was in considerable pain, and so injected more coke and dope than ever. When she finally reached the hospital, they told her straight away that they’d have to take off the left arm.

Mookie and her sisters were all slightly below average height and had nice, petite figures and wore their hair in long, thin braids. They flirted a lot and joked with just about everybody. When they made their way down to Melvin’s basement to shoot up, we’d all go back and forth with little banter. Sometimes she and one of her sisters would play cards with us—usually spades for $5 or $10 per person—or make gentle fun of Melvin and me for watching sitcom relics like The Joey Bishop Show or old westerns like the Elvis vehicle Charro. They always came and went as a trio, and if one of them came into a little money or scored a little piece of train, they divided it up amongst themselves, no matter how tiny a crumb it may have been. That being the case, it’s difficult to imagine that Mookie’s sisters wouldn’t have dragged her, kicking and screaming if need be, to the hospital to get that abscess looked at and drained.

Whatever happened, though, and whatever made her ultimately get the awful thing treated, it was too late to stop at just taking the left arm off; they needed to take most of the right, too. Supposedly Mookie took that grave bit of news with as stoic a demeanor as she used to endure a morning and afternoon worth of clucking when D et al were waiting to re-up and she couldn’t find anywhere else to cop. They cut her right arm off below the elbow and kept her for nearly two weeks. Suffice it to say, in addition to all the antibiotics, she was on a multitude of opioid analgesics, but these prescription drugs in a medical setting don’t satiate the maw of the addict.

The exact timeline is unclear, but Mookie decided, against the orders of the doctors attending to her, to leave the hospital. I don’t have any doubt that her sisters would’ve brought her some dope if she’d asked them to, which makes it both bewildering and strangely unsettling to think of her opting to leave. Her movements after that aren’t entirely clear, either, but evidently she made her way to Mike’s at some point and she was holding by then, and got someone over there to cook up a shot for her (by now, of course, having no hands with which to fix), a while after which she left. The next time anyone heard about or from her, it was a nurse at the hospital calling her younger sister to inform her that Mookie had died a short time earlier from a series of strokes.