Oliver Bateman’s 12 Rules for Life: The Second Half

The rest of what you need to know to ensure you’re always here for it, ready to do the work. 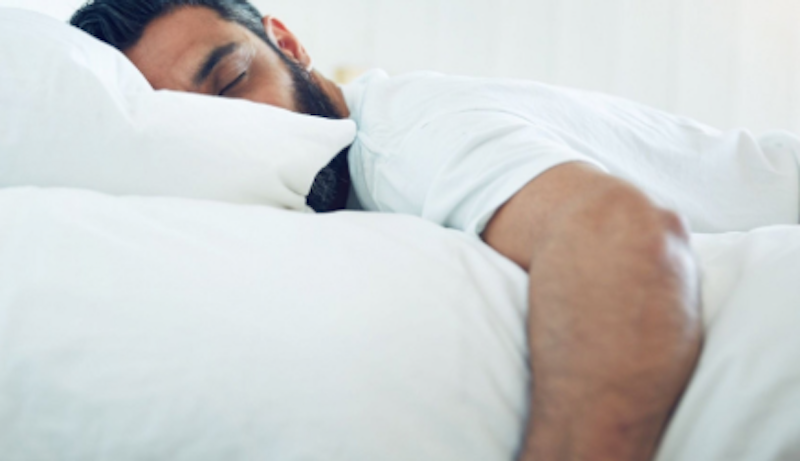 The one thing I’ve enjoyed more than anything else is showing up. Some folks “dream in colors” and some “dream in red,” to quote Eddie Vedder as well as a bizarre conversation about “styles of thought” I recently overheard, but I perceive the world as nothing more than a big to-do list with boxes underneath that I need to fill with lorem ipsum content. Each day is the same as every other day, a repetitive “running out of the clock” during the third period of a tedious heavyweight wrestling match forever tied 1-1.

How, some might wonder, did I end up writing the long wrestler obituaries for The Ringer or co-hosting What’s Left? I was never a pro wrestling superfan, merely a careful observer of the sport, and I certainly wasn’t someone who emerged from whichever subsection of the “extremely online” cut their teeth listening to that podcast back in 2019. The nerds have no explanation for the former and many of the subscribers can’t wait until I’ve departed from the latter. Do I care? Nah, it’s all about mind over matter: I don’t mind and they don’t matter.

To live like a deer tick, embedded in the desiccated, sandy flesh of a world not so much angry at your existence but indifferent to it... that’s truly living your best life, kids. How can you lead such a best life of laughing, loving, praying, and submitting those pay-on-arrival invoices? Read on!

Rule #7—Get your sleep: A simple rule, and fun to boot. Introduce your eyes to the backs of your lids as you enjoy seven to eight hours of uninterrupted, dreamless slumber each night. Aside from never letting a drop of alcohol pass my lips, “sleeping it off” has played the biggest role in keeping me younger than my 39 years. I rise and grind for 16 hours of work, working out, parenting, “emotional labor,” and various other projects, then collapse in my blackout curtain-festooned sleep chamber like Dracula entering his coffin or a mummy being entombed in his pyramid.

Rule #8—Watch events unfold in your life as if you're your own ghost: Here’s a good one, especially if you’re tired of those boring premium TV shows starring half-pretty minor league actors still awaiting their call to appear in a superhero movie franchise. If you’re looking for a gritty, true-to-life show that ambles along in a directionless manner, look no further than your own miserable existence. If you watch the day’s banalities unfold like a Flannery O’Connor or Donald Barthelme story, even the most inane story becomes infused with the sublime.

Rule #9—Small talk? Put it on autopilot: If you can make polite conversation with acquaintances and colleagues, you’ll have an easier time making the long day’s journey into night. Such mindless conversation can unman the unwary, insistent as they are upon either experiencing incessant passive stimulation or being feted via a torrent of timeline notifications like some virtual sheik. Small talk comes much more naturally once rule #8 has been put in place, since you can watch from far away as your meat suit engages in empty banter about the issues of the day. This will save you the time you might have once devoted to reading the news—I make a point of not consuming the news in any format whatsoever, much less listening to any podcasts up to and including my own—because it’s easier to respond to whatever is being said merely by “feeling the takewinds” and speaking accordingly. “COVID, huh? How about that? Doesn’t that beat all? And what about what’s happening over in Afghanistan? Not to mention the weather! There’s always the weather, and it seems like there’s more and more of it with every passing day. I know we didn’t have weather like this back when I was a kid, whenever that was.”

Rule #10—Laugh into your smile and smile into your laugh: I’ve appeared in my share of minor productions and attended plenty of unsuccessful auditions, and the best advice a casting director ever gave me was to “laugh into my smile.” He didn’t talk to me long enough to explain why this was necessary to do this, only that a “big smile sets everyone at ease.” And since setting people at ease can conserve time you might otherwise spend yelling at them or choking them unconscious, flash those pearly whites and watch as the whole world smiles with you!

Rule #11—When appearing on Zoom, maximize your window and hide all the other ones: Since 2017, I’ve hosted hundreds of hours of virtual meetings. An old boss gave me a chicken nugget of wisdom I’ve since taken to the bank and cashed: to guarantee “perfect attentiveness” in an inattentive world while also ensuring you’re never caught “Toobining” during a key Zoom moment, enlarge your own camera and spend the entire meeting dead-eyeing yourself, adjusting your facial expressions to fit the mood of the conversation. Don’t nod, though, because that may cause your video to lag if you’re on a weak connection, and the other attendees will become as passive-aggressive as they do whenever someone “replies all” to a message full of people marked “cc:” rather than “bcc:”. Ah, the petty frustrations of the corporate world... grist for so many mills, from Dilbert to Office Space.

Rule #12—Don’t slow the spread of your scope of work: Here’s the big one, the one rule that has defined all my careers and struggle sessions to date. Unless you’re in a workplace with clearly-defined union labor rules of long standing, grow your scope of work with the care and tenderness you’d show to the Garden of Eden itself. Modern workplaces are messy and confusing, especially in large companies with unclear organizational charts and vast numbers of supernumerary white-collar workers floating around performing no or at least very ill-defined tasks. There’s no way to guarantee permanent employment in such a place, but a plodding mediocrity embedded in dozens of departments will last a long time because the cost of replacing him is too high to bear. My brother, for example, has survived a half-dozen culls because his paymasters have had to replace him with multiple employees whenever he goes on leave, and even then they typically fail to complete all the work he does. In theory, AI will eventually automate all white-collar work, since unconscious yet rapidly-thinking machines can have all the best first thoughts without any of our crummy conscious, all-too-conscious second ones. That said, AI will take the longest to replace those jobs that don’t have a straight line into any functional area but instead spread across all of them, with each boss thinking their colleagues don’t know the employee in question is doing their work, too. Typing 125 words per minute doesn’t hurt either, especially during a period in which keyboarding skills, like basic computer skills more generally, have declined after years of fat-fingering handheld devices.