Coming out as trans has helped me realize that there’s no such thing as a “real man.” 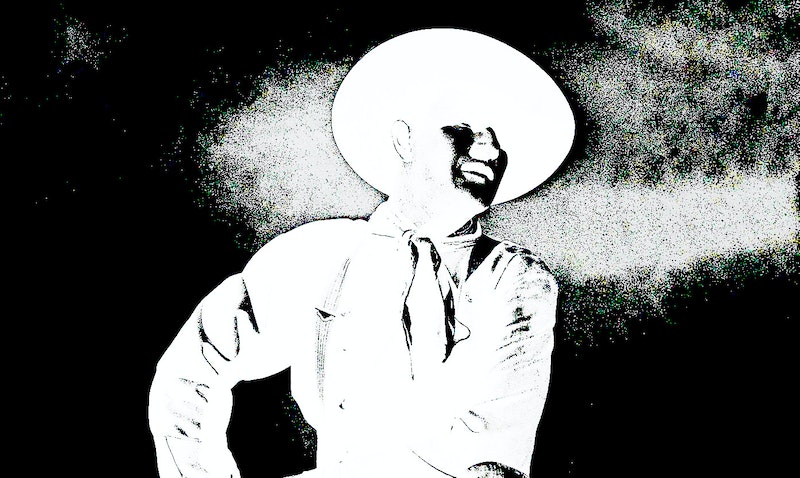 I knew I could never be a real man even before realizing I was trans. My grandfather—a retired ironworker known as Pop to us grandkids—had a small workshop in our backyard where he did home projects, and I was often told to help him out since I was the “boy” of the house. I hated it because I couldn’t lift heavy objects or hammer nails straight, got bored waiting for him to need assistance, and couldn’t stand working outside in the summer heat. Pop was always patient with me, but I knew even then that I was too girly to work in construction like all the other men in my family.

School reiterated my lack of manhood. I cried every time something went wrong, flinched whenever a ball got too close to me in PE, and preferred playing house with the girls instead of basketball at recess. Being a Christian from ages 17 to 30 exposed me to the toxic idea of “biblical” gender roles where a man must sacrifice all autonomy to be the “spiritual head” of the household, and a woman must be his servant. I tried to do that with my ex-fiancée, but after six years together it turned out to be another case of failing manhood.

Being a “real man” can mean either not being an immature little boy, or not feminine. There’s nothing inherently wrong about the former—when Jon Taffer screams, “Man up” to an incompetent bar owner on Bar Rescue, he’s saying, “Be a responsible grown-up”—although it can be harmful, like when a man refuses to take a break from working even though he’s about to pass out from exhaustion. The latter of the two definitions, however, is when toxic masculinity appears.

The only way to get certain men to do anything is to appeal to their fragile masculinity. Last month Rep. Liz Cheney tweeted a photo of her father, former Vice President Dick, wearing a face mask along with the hashtag #RealMenWearMasks because some men, including President Trump, think a face mask is a sign of weakness. The grocery store I work at sells Dude Wipes, a brand specifically designed to reassure men it’s not gay to wipe their asses. There’s a brand of canned wine marketed towards men because apparently wine is considered girly, too.

The incel community began as a support group for men who couldn’t get laid, but eventually evolved to the toxic movement known today. They feel the world has done them wrong, and the only solution is to retaliate through acts of violence ranging from rape to mass shootings. Incels represent toxic masculinity at its purest: a woman’s sole purpose is to please men sexually. If a man can’t get laid, then he has failed, and someone has to pay the price.

I was never an incel, but came close. Never be a jock, I spent my 20s as a Sensitive Nice Guy looking for a Manic Pixie Dream Girl to save me. This kind of masculinity was a safe alternative to the hyper-macho frat boy archetype many of my male peers fell into. Unfortunately, being a Sensitive Nice Guy was just as toxic as a Frat Boy, and I was sometimes creepy around women, including cyberstalking one.

Coming out as trans has helped deconstruct masculinity and realize that, in the end, there’s no such thing as a “real man.” The idea that one must go through a rite of passage or meet a set list of behaviors to prove one’s manhood only fuels the notion that manhood is a special privilege only certain men can achieve. Once society realizes this, men will have more freedom to be themselves, which will then create a healthier form of masculinity.