White men could never accept the fact and face their inferiority complex of small minds and smaller dicks. 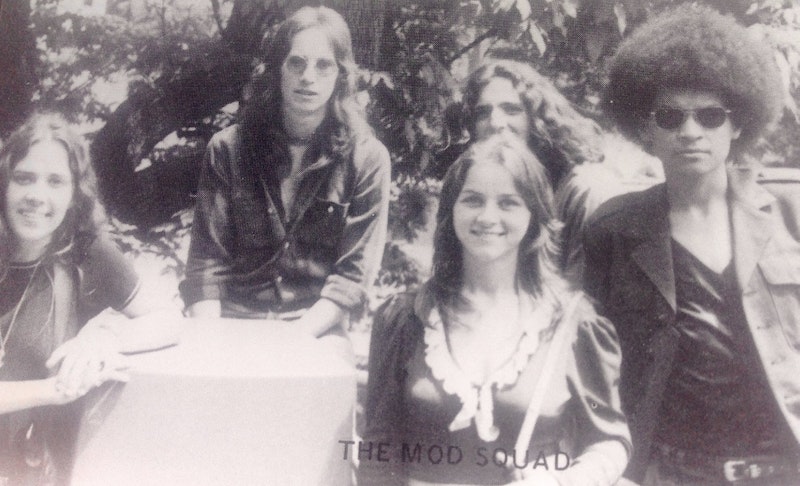 By the time I hit high school the hard party line lessons of democracy, religious zeal and patriotic fervor were more prevalent than the hard partying we did all the time during those golden rule school days. The never-ending garbage they shoveled into hungry heads exposed the whitewashed bold face lies they always were. The brainwashing began the very moment white Anglo Saxons met Protestants who later “discovered” the Indians and fucked them up, down, under and over into oblivion. White men could never accept the fact and face their inferiority complex of small minds and smaller dicks. It left them impotent, weak and afraid when compared to those they enslaved. It was always creepy old evil no-gooders in powerful places doing bad things. Denial throughout history in the name of god, money, power and sticker shock over the underprivileged. The sick truth was never taught in school. We were brainwashed. The hard drives been wiped clean like some dirty ass.

When a person or a whole bunch of them push their own crusade of hate and fear it never stops. Plus dumping their religion like a junkyard full of recycled beliefs adds to the compost pile of torn flags, moldy bibles and spent bullet shells. These interlopers cross an imaginary border that invades the inalienable birthright of everybody else. My skepticism was overshadowed by an extreme distrust for any group displaying indignation over those considered their inferiors. The ones who throw religion around like a Frisbee.

Organized religion’s original sin is the biggest sham of modern times. The biggest bamboozle of my short life back then was the commie threat, Vietnam and equality which was like pro wrestling and a monkey in outer space. It didn’t take too many years to figure out this dream every one chased around was always only a stinky fantasy. Most fall for it all believing they’re right because they’re superior. Better than god whoever she is.

An elaborate play in three acts orchestrated by a handful of shitty men parading around as humans. You didn’t need to look too deep below reality’s thin skin or up their petticoats to witness the hype, realizing the world without end carnage up close. It’s like discovering a tacky joke prop from a novelty store bin sandwiched between the fake vomit and painted plaster doggie doo. Everywhere I looked I witnessed the stains and smells of phoniness. There’s nothing patriotic inside the inner sanctum of the simulacrum’s filthy public toilet scene. It was always a shitty bad dream to me. A rotten nightmare that grew longer and scarier as the years piled up. Now those who preach a doctrine of fakeness neglect to include themselves into the equation. They forgot to mention their willing participation in the hypocrisy of every move they take. Fake plus hoax equals bullshit. That’s the only commodity we never run out of.

Riding the number 19 bus back and forth to Mervo High School every morning and afternoon you could examine firsthand the great divide of black, white, rich and poor of those huddled masses. Everything about this country called America rings false. That’s a good reason for always being high in high school and after school too. Why it was called high school was part of the cosmic comedy. To give up, don’t try and let go of that ladder. Watch everybody else climb to the top of that cultured dung heap. High School’s where I separated the facts from fiction. Dissecting the lies from truth was easy. Getting an education was knowing the difference. There’ll always be sheep led around by their noses believing everything they hear and see. Eating up truth and facts and shitting out a charade of charlatans.

Flipping through my yearbook, I rediscovered my life in early-1970s Baltimore. The ‘68 riots still stung our Baltimore temperament. Inferiority weighed heavily and the Vietnam War lingered and lumbered along like a bewildered beast. Turning a page, there’s a photo of my freaky friends and me at a class trip to Hershey Park amusement park in 1973. I’m peeking out from behind the top off a girl’s head just to the left of Rudy and his huge Afro. The caption under the picture reads THE MOD SQUAD. A tongue-in-cheek jab at our appearance. Mocking the popular television series about a hip squad of undercover cops who go around busting drug dealers and other nefarious types every week. The sarcasm wasn’t lost on us. That’s just a small taste of the mood during the time then. We were looked down on, snubbed and rejected for being different.

For all the “progress” we believed to achieve half a century ago, one sideways glance at today’s predicaments will reveal we haven’t accomplished much. It’s the same old business per usual. The rebel yell of “We won’t get fooled again!” But we did get fooled again, always have and always will.

We’re the bait, all-day suckers licking up the dregs. Turning the yellowed dog-eared pages of a high school yearbook book peppered with well wishes and sappy quotes. Messages from a past filled with hope for a better future. Sentiments scribbled in the margins like, “Have a great life” and “Don’t look back in anger.” Just look at where we are now.