I thought she was my Manic Pixie Dream Girl. 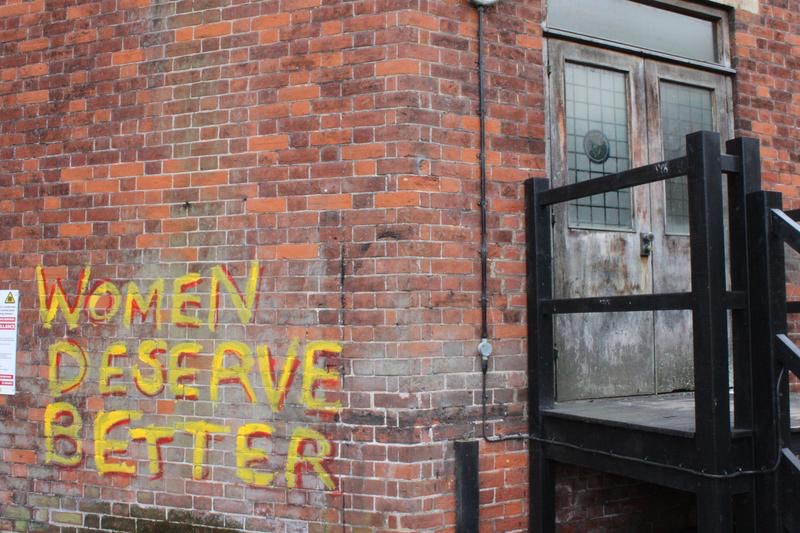 Post-Harvey Weinstein, assault and harassment survivors are talking about their own experiences on social media using the hashtag #MeToo. As a result, many men are holding themselves accountable for harassing and assaulting others using the #IHave hashtag. It’s a great way for men to hold themselves accountable for contributing to the problem, and I confess that even though I’m not a cis man, I, too, have a past. I was never an MRA who thought feminism was a cancer, nor was I a sexual predator. I was worse than that. The MRAs and sexual predators are easy to spot, but there’s another kind of dangerous man whose underlying misogyny and sexism are hard to see until the damage is done: the Sensitive Nice Guy.

Not all men who are genuinely nice and sensitive are bad. When I say Sensitive Nice Guy, I’m specifically referring to guys like Luke Howard, the British musician who thought playing his piano in a park to win back his ex-girlfriend was a good idea. Some may see this as a romantic gesture, but in reality it’s just creepy. He was guilt-tripping his ex into loving him again without a single consideration for her own autonomy. It was all about him and his emotions, and I was that guy at one point.

As an autistic person, my life’s been a never-ending struggle to figure out how to relate to others. In my quest to learn how to interact with people, I picked up a lot of bad ideas without realizing it until much later. One was that since toxic masculinity was bad; the acceptable alternative was to be the brooding, emotional guy (this was before I realized I was trans) waiting for a Manic Pixie Dream Girl to save me from my misery a la the movie Garden State. Women’s sole purpose in society was to fulfill my life and be my therapists.

At best, I was annoying, but at worse, I was a creep.

In college, I reconnected with a girl I met in high school. She was the Mystery Girl, a puzzle to solve. We’d chat on AOL about politics, religion, and writing, and I was convinced that she was my Manic Pixie Dream Girl. Unfortunately, she realized what I was thinking, so she ended our friendship. That's when I became a full-blown creep and cyber-stalked her. I tried to befriend some of her online friends. I wrote public posts about her on my LiveJournal. I sent her an email using a different email address to ask her what I did wrong. Cops never got involved, but it was still bad. I played the victim while not giving her any agency over her life.

I've changed a lot since then. I've learned to hold myself accountable, work on my underlying issues, and forgive myself. (A great resource is this Everyday Feminism article called “9 Ways to Be Accountable When You've Been Abusive.”) But it’s still part of my past, so I can’t pretend that I’ve always been a Social Justice Badass. It’s also confusing since I’m transgender. Does the fact that I was abusive towards women negate my being trans? The truth is we’re all guilty of perpetuating various forms of oppression regardless of our identities. We live in a society that says in one breath, “All people are equal,” but then whispers, “But some are more equal than others,” so everyone’s bound to pick up bad ideas our culture perpetuates. The more we acknowledge this, the more we can change our society.

As the conversation surrounding #MeToo and #IHave continue, I hope more people will start acknowledging their part in perpetuating sexism and misogyny in society. Accountability is painful, but it’s necessary in order to heal.