The Barbarism of the Killing Cone

Colleagues are sending me death threats. Uptight much? 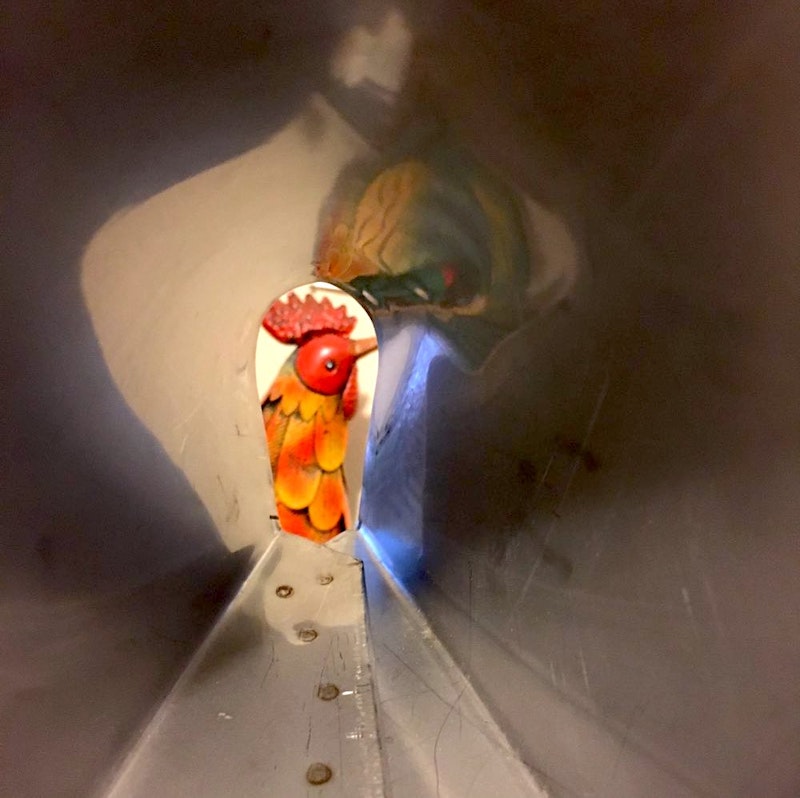 I write to you on an unusual day because I’m under severe duress. Drafting bulletins and alerts of dangerous individuals is not a pastime; it’s not something I take pleasure in (unlike my cousin Bennington, a whore for conflict, and, I’m sad to say, my wife Monica, who was never difficult before virtual reality came into her life and took over). I haven’t informed them of the threat made on our lives because they’re delicate enough as it is. If they read this, they’ll find out at the same time as everyone else that an associate of my editor has all but threatened to assassinate my family.

Let me explain: “Biker Smooth” has had a grudge against me ever since Nicky published a fictional piece of satire—under my name—where I brutally attacked Biker in Bermuda. Reports have been greatly exaggerated, but since then, perhaps fairly, he has joined the chorus of basics and humorless scolds on the Internet who casually threaten to “deport” my family “into a Wendy’s.” I will not be intimidated by demoralizing attacks against my being, my dignity, and my personhood. Remember that this person is a teacher, of the humanities of all things—and yet this man gave Nicky a metal “processing cone” for his birthday. A euphemistic name for a generic device otherwise advertised as a “killing cone.”

Pictured above is the “present” in question. Is this poultry harassment? Yes, obviously. Is it rude? Without a doubt? Immoral? Yes. Criminal? In a better world… but I’ve known my whole life my mission was to lay the foundation of a better world my chicks could enjoy. It’s been a long half millennium. I thought humanity would be beyond the barbarism of the past by now. Yet they still eat meat, and humorous death threats (as if such a thing existed) are still sent to and my family and me almost every day. Why? Because we’re different, and we speak our minds. People don’t like this. People don’t like having a mirror held up to their face. It makes them deeply uncomfortable—and I write that overused adjective because the discomfort truly is deep: I feel it in my wings, my bones, my feathers, and my hackle when I pass by those Golden Arches, an empire built on the bone dust and blood of my fellow flightless birds.

Does Mr. Smooth belong in a classroom? Perhaps, but as a student, I’m formally requesting he attend a sensitivity course on how to deal with interspecies conflict. This is going to be less of a niche concern as the century goes on and more of us come out of the wild and into society. We were about to join the world in the early-1800s, but then you all decided to have an Industrial Revolution that, um, destroyed the planet and killed more of us than you will ever know. So we’ve kept our distance since then. I think I’ll write a letter to Biker Smooth’s employer and inform them of his behavior, just as Bret Stephens bravely tattled on a professor that called him a bedbug. I’m glad he did that—who wants to be a bedbug? They’re hideous insects with no soul and no redeeming features. It’d be nice if we could just erase them all, cleanse the earth of its vermin and let rivers of brown bug blood stain the streets.

Well, enough for today. I’ve fulfilled my quota of educating the ignorant for the week. Now I’m going to write to Mr. Smooth’s boss. I wonder if they know about his Twitter account. It’s… pretty damning if you ask me: “‘principal: is it true you confiscated all your students’ adderall and refused to return it.” me (vibrating): ‘i’ve actually become a lawyer in the last 36 hours and now u can’t try me.’” We’ll see about that, Mr. Smooth. Expect a package in the mail very soon.