When Feminists Cancelled a Male Feminist 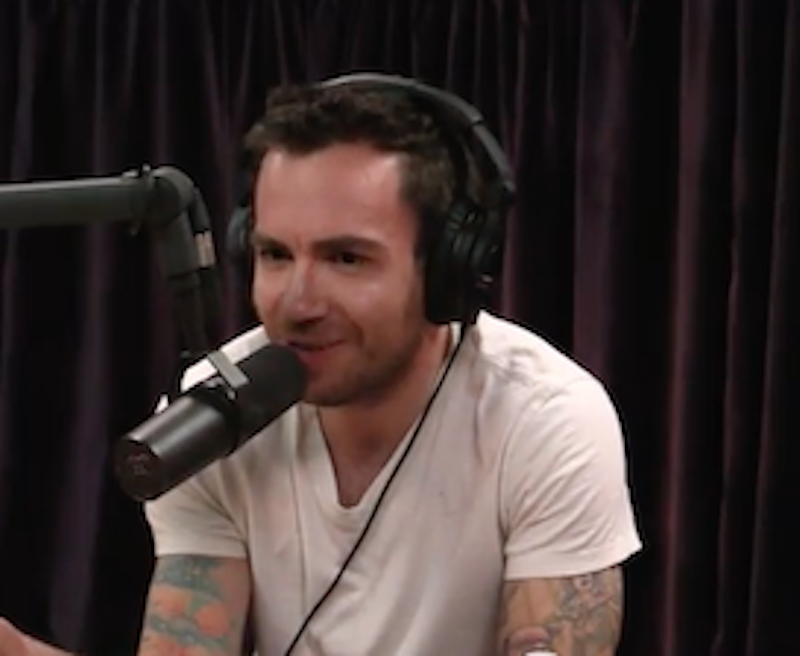 The name of one of Cancel Culture’s earliest casualties is rarely spoken. Comedian and musician Jamie Kilstein used to be a big believer in the feminist catchphrase "believe women" until women began talking about him. Then he told us not to believe all of them.

As an aggressive "male feminist," Killstein was once the perfect "ally." He told feminists what they wanted to hear, which they require. Kilstein became a fierce progressive Twitter warrior who'd use just a headline to attack a "Nazi" with a facile point, and then wait for someone like Bette Midler to give his tweet a like. He was in the game for validation. It gave him a feeling of belonging, and his community embraced him right up until the day he got hoisted on his own petard.

A few women made some allegations about inappropriate behavior, and that was it. Kilstein, before the #MeToo era had even begun, was stung by the Cancel Culture that he'd once participated in so avidly. He was like the annoying vegan who got caught red-handed at McDonald's eating a Big Mac.

Kilstein found himself exiled with no defenders. The Right thought it was hilarious that Captain Progressive was revealed as a sex creep, and the Left (including his friends) abandoned him, per their standard "cancel" protocol. After an extended period of depression, Kilstein's trying to uncancel himself now, a fraught process in a culture that denies a path to redemption.

In March, 2017, feminist website Jezebel reported that Citizen Radio, the popular progressive podcast that Kilstein hosted with his then-wife, Allison Kilkenny, had dropped him amid allegations that he'd crossed boundaries with several women. Kilkenny, who Kilstein says he was in an open relationship with, had already released a statement claiming that several women (who'd remain anonymous) had accused him of being manipulative, emotionally abusive, and predatory in his behavior. She said Kilstein had declined her request to make a public apology.

Don Giovanni Records announced, in a now familiar manner, that it had severed its relationship with Kilstein and that they wouldn't be distributing a previously released album by his band. The comedy bookings dried up. Kilstein went off the grid, taking a day job, for the first time in 15 years, teaching jiu jitsu. Life, as he knew it, was over, although it wasn't quite clear what he'd done to deserve his fate.

The most explicit piece of "evidence" that the cancellers produced was a claim by a woman Kilstein had spent time with—he denies he had sex with her—while he was traveling the comedy circuit. She later said she felt degraded after hearing him speak of "road fucks" on Citizen Radio. Jezebel broke the story even while admitting that they hadn't been able to find any instances of Kilstein using that phrase on his podcast. How likely is it that he'd use such language in front of his feminist wife on a progressive podcast? Then why include something in the article that no evidence or logic backs up? Because, as Kilstein knew so well, "believe women."

Even if Kilstein had said that, it's still no hanging offense to be a jerk, at least to the ordinary comedian. And what does it mean when a feminist podcast host says Jamie Kilstein, who she'd soon divorce, was guilty of "predatory, abusive, and manipulative behavior," based on the word of a few anonymous women? There's a good chance it doesn't mean to you what it means to Allison Killkenny. Kilstein allegedly carried on an affair with a podcast employee, and was having casual liaisons with women he'd meet on the road, but it was nothing like Louis C.K. was doing.

Kilstein's plight, however, was partially of his own making. By embodying all of the many negatives associated with the term "male feminist" for so long, to the point that he often appeared to be a self-caricature, he'd constructed a special set of standards to live up to. As an online "actor," Kilstein played his role convincingly, but in real life he was exposed as a phony of the type they always talk about—the sneaky male feminist who pretends to get access to women.

Kilstein deserved comeuppance, but he got more. He'd been, by his own admission, "a self-righteous asshole." It's not hard to imagine a guy who'd already proven himself to be manipulative and phony on Twitter being manipulative and phony in his interactions with women. A former girlfriend wrote anonymously about Kilstein being "emotionally abusive,” which is credible, given his past online behavior when he was the first one to pile on a perceived transgressor. She also said that he'd talked about beating up a man she'd slept with.

But what's the proper punishment for acting like a jerk, especially since only one side of the story was available? Kilstein says that his feminist foes have tried to keep him off a comedy mic even for unpaid gigs.

Jamie Kilstein, retired male feminist, is in the process of rebranding. He was a vegan in his previous incarnation, but now he eats steak and says he's embracing masculinity for the first time. Banned from liberal media, conservatives like Michael Knowles have him on their shows now that he's shed his former persona—it's a great opportunity to "own the libs." The Right will give him a second chance, so he better get used to talking to them because he's not going anywhere with the Left.