The Advantage of Hereditary Monarchy

Elizabeth ruled, but it wasn't her fault. 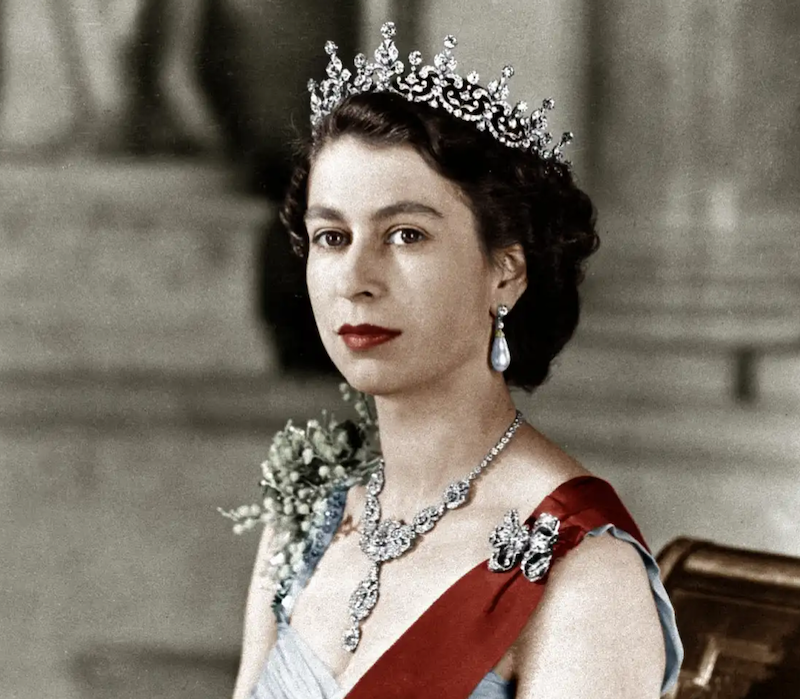 Queen Elizabeth, it has often been said, had approval ratings of which politicians can only dream, running at 75 percent or more at any given time. She consistently rolled up the sort of numbers that an American president can only boast immediately after winning a war. Even many “republicans” in the British sense—that is, opponents of the monarchy—seemed to harbor little ill-will toward Elizabeth herself. That was one of the things that suited her to function as a symbol of the United Kingdom, a human Union Jacqui.

It’s difficult to imagine an American president truly serving this symbolic function as the embodiment of the nation, though each would like to. One reason for that is that an American president is also the leader of one of the political parties in a polarized electorate. But the House of Windsor floats above the Labour and Conservative parties, greeting each new Prime Minister, as Elizabeth greeted the new Tory PM Liz Truss just two days before the royal death.

That the monarchy is usually above partisanship is a factor in its popularity, which has been remarkably enduring, considering how expensive and apparently useless the royal family really is. But there's something else as well, a strength almost unique to hereditary monarchy as a political system: Elizabeth ruled, at least symbolically. But she ruled through no fault of her own.

She didn't chase prestige, wealth and power. She was born and then sat there, and it came to her. Perhaps she could’ve refused, and later she could’ve abdicated. But as the story’s told, she accepted the role of Queen and held to it out of a sense of duty. She really was drafted.

That's the way many elected politicians talk about themselves, and it's what some of them might sometimes believe: people claim to run for president because their country needs them at this moment. Maybe so, but it's hard to tell as they beg for contributions, insult their opponents, and so on. But one reason that Vlad Putin, Xi Jinping, Narendra Modi, Recep Tayyip Erdogan, and Joe Biden are running their respective political systems (to the extent they are) is because they really, really wanted to. They wanted the power and prestige in the worst way, or more than almost anyone.

One of the main problems with democracy, one which it shares with most other systems, including one-party dictatorships, is that the people who obtain power are selected from among those who want power most. It’s possible that someone wants power over you for your own good, to guide you to becoming the best person you can be. Possible, but extremely unlikely. Someone exercising power over you, reducing your autonomy or coercing you to do this or that is harming you. In their hearts, power-seekers want to hurt people. Humans want power because it makes them feel secure, and because it’s vastly pleasing to the ego. Such people work and work from every angle all the time until they're dead or in charge.

That the people who want power most often end up with it is one of the many reasons to regard state power as an insanely bad idea. (It's decisive anarchist argument 17. Morally refuting state power is too easy. And really, no one cares.) But despite its best efforts, hereditary monarchy deals with it as well as any system, which admittedly isn’t saying much.

Back in the War of the Roses or Game of Thrones period, people rose to monarchical power by killing off the members of their family ahead of them in the succession, or by defeating their brother-in-law's army in the field. But since the 18th century there really haven't been any wars of succession or princely murder sprees. The kingdom just devolves to whoever’s next.

Perhaps at one time people regarded royals as genetically different, members of a different species, intrinsically suited to rule in virtue of their amazing DNA. I haven't heard that one in a while. At this point, that the Windsors are the monarchs is a pure crapshoot, just good or (as for Diana) extremely bad luck.

The ancient Athenians, inventors of democracy, tried to deal with the "power-hungry-get-the-power" problem by selecting officials from the citizenry by random lots. This may appear to be the height of irrationality, and it's true you might get any sort of cretin or psychopath this way. On the other hand, cretins creep in anyway, and as things stand no one creeps in who isn’t a narcissist. But the Athenians' random selection process suggests a basic understanding that we have also, but don't apply: the people who want it most are the last people who should have it.

As I say, the idea that pure randomness is a better guide for selecting leaders than "the will of the people" (if any), or "merit" understood as perfect SATs and perfectly simulated conventionality, strongly suggests that political power as a whole is a terrible mistake. I don't think anyone would confuse the British royal family with a meritocracy, and the whole point of it is that it floats well above the people's will. Similarly, plucking a random person off the street would be a more rational (and, cheaper) way to select an American president than the fusillade of hyper-ambitious emptiness that’ll break out just after the midterms.

But the reign of Elizabeth II came about by genealogical crapshoot: she didn't poison or vilify her rivals or make a fiendish master plan for world domination. Her super-PAC didn't do a bunch of ad buys. She didn't try to dominate social media messaging or launch an October surprise. She simply stuck around. She had the sort of dignity that accrues to a non-desperate leader, a leader who doesn't need power, and hence may be trusted to exercise it responsibly.

You just couldn't blame her for being Queen; hence, you sort of had to forgive the government for being the government. An accident, really. Charles might not be quite as plausible in the role, but his selection is just as arbitrary, so he's just that little bit likelier than a prime minister, president or dictator to be a decent person.