Bull Dyke in the Rain

Monica remembers a friendly stranger encounter at a bus stop some years ago in the Midwest. 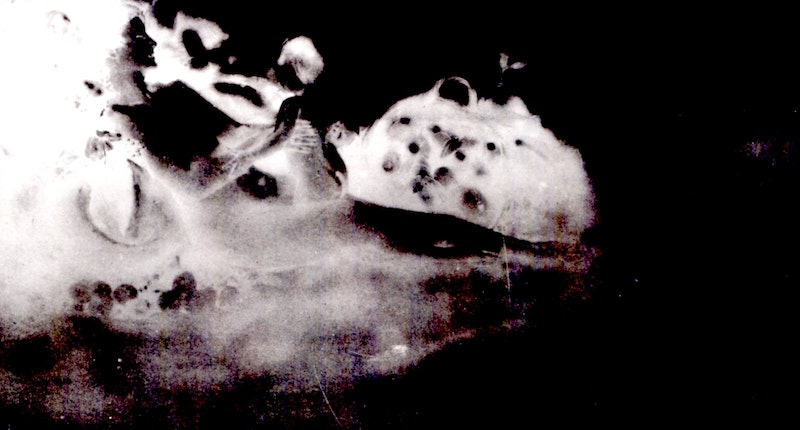 EDITOR’S NOTE: MONICA REMAINS MISSING AFTER LAST WEEK’S ABDUCTION. WE ARE RE-RUNNING SOME OF HER MEMORIES IN ORDER TO SEE IF PERHAPS SHE WILL SHOW UP IN A LOAB-LIKE MANNER DEEP ON THE INTERNET. PLEASE HELP ME FIND MY WIFE. —ROOSTER QUIBBITS

Rooster’s home, but he’s sleeping. Bennington’s out, and he’s drinking (to excess) again. When will my loneliness end? As soon as I can have some gumbo with rabbit, but that’s next week with Deborah. I like her: snake, but not evasive; particular, but not hissy; and probably the most adventurous eater I’ve ever seen. I think we had wood in course four. But she has so many friends. “Friends.” You get an audience with Deborah, you understand. She’s not a close friend of mine, or anyone else’s—like everyone else, she probably has half a dozen genuine close friends, but I haven’t met them and I’m not one of them. Deborah has her set. I have nobody.

I belong to no group. Although I get on well with others, just about any kind of person of any species or persuasion, I’ve never fit into a clique or a solid demographic. I confuse so many people, and sometimes I remember that this barrage is so constant that I’ve never been able to recognize it or its effects on me. I’m a loner, reader. A bitch. Someone once told me I gave them “bad juju”—I thought it was an STD. Later on, I became aware of the feminist literature of Betty Friedan and Andrea Dworkin, and although I enjoyed Dworkin’s work immensely, Betty was rather dry, and Camille Paglia, for all her bon mots and lesbian malice, was just too long-winded for me. I threw away Sexual Personae and then realized it’d make a good nest, so I fished it out of the garbage and stashed my pills in there for three years until the pages rotted out.

Sometime in the 1990s, I was waiting for the bus at a comic shop (I liked Dan Clowes—liked—but got off the train once the Ghost World poster became ubiquitous. To be fair, I’ve heard Art School Confidential is good). I didn’t buy anything that day, and was sitting empty-handed when this bull came up to me. “Wassup,” but like a cowboy, not Eminem, “do you mind?” I said it’s a free country (still is). There was some silence but we got to talking. She (I assumed the cow was a bull based on her appearance: black denim vest, lots of chains, square proportions, with heft) was into comics, too, but none I’d ever heard of, and “pulp books”—what the fuck was Emmanuelle?

Eventually she got me to the door of the bar, “The Pelt Room,” named after one of the joints in John Waters’ Pecker (she told me all of this, I don’t watch films by gay men), but I refused to go in. Seven-dollar cover charge? This was 1998. This hen took her ass home and watched Rosie. And I taped the bitch. Some years later, I ran into the bull dyke in the grocery store, buying grain and tools. I looked at her bizarre selection of saws and wrenches and asked, in my most polite “chicken” way (I was on the wagon that day), “what are those?” She looked me dead in the eyes and said, “Cow tools.”

That’s all she said. “Cow tools.” What the fuck does that mean?

I decided long ago lesbians are a different breed, especially cows. I can’t handle any groups, my bus stop experiences continue to go nowhere. But at least they make for good stories. I might just go back to The Pelt Room one day.