Rooster’s Uncle Slippy and his questionable past with Bob Dylan. 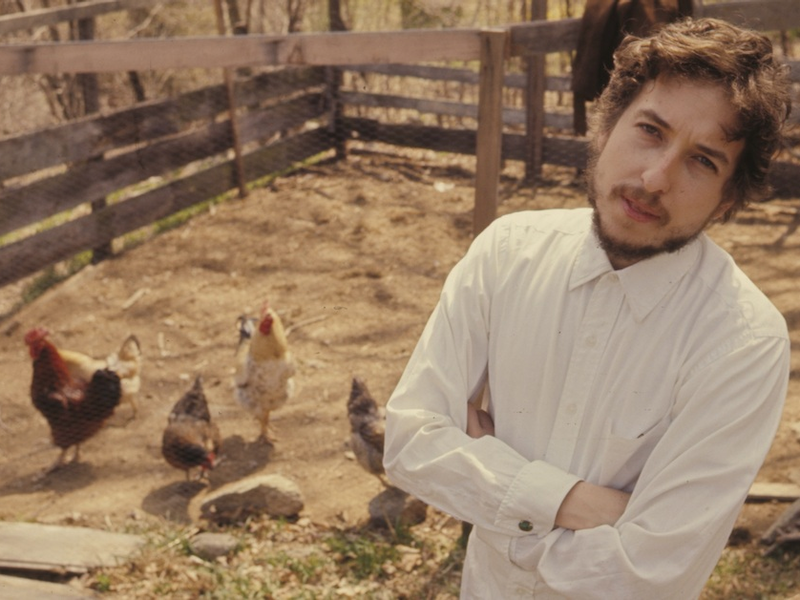 “I always like to see him... always... I should say so, yes I do.” You may have heard a recently uncovered cassette tape of Bob Dylan being interviewed in the fall of 1969. The man he’s ostensibly referring to is John Lennon, but no. This is easy clickbait. Beltway media revisionism. Drain that rock critic swamp! Jann Wenner is finally selling his dishrag of a magazine Rolling Stone to some unknown and unlucky buyer sure to regret his decision as much as he regretted making “distasteful” racial comments at barbecues and social events last month during the football kneeling thing. Let the morbidly obese Rob Ford-esque Canadians die of heart attacks and blood clots—I don’t care. But know this: my friend Robert Zimmerman wasn’t talking about John Lennon, famous Beatle. He was talking about my Uncle Slippy.

I’ve been writing a lot about Slippy lately. He’s been on my mind, mostly because his ghost keeps visiting me in my house at distasteful hours of the night. I think time operates at a different frequency for ghosts, because the last time he woke me up he asked how Bill was doing with that Miss Piggy intern. I told him—first of all, body shaming much?—second, you’re a little behind Slippy. I told him to buzz off. He didn’t go away so I turned on all my white noise machines and scared him away and woke up half the neighborhood. I’m on the hook for some serious “community fines” now, but I’ll figure it out.

Don’t these people know I’m an artist, and I’m eccentric? They should be honored to be living in the vicinity of such a nice and creative bird. At least I’m not going through their laundry and trying to get them into hotel rooms. No. I’ve never known anyone like that. Not my style. I prefer classic Lady and the Tramp style spaghetti-romance. True love. “Catching a d**k.” That phrase offends me. I censor myself voluntarily.

Anyway, Uncle Slippy got Dylan hooked on smack in the late-1960s and was taken on as a drug runner through the Nashville Skyline/Self Portrait years in isolation, delivering packets of ups, downs, and everything in between to Dylan’s Woodstock estate. When Zimbo finally decided to go back on tour in the mid-'70s, Slippy was invited to supply the Rolling Thunder tour. Roger McGuinn was a particularly pernicious influence—always trying to get Slippy to “do stuff” to him. I won’t say what… there aren’t any sting operation recordings of his particular trauma, but you can infer what I’m talking about here.

I have more to write about with regard to the tour, but my files were recently confiscated by the neighborhood community association organization, due to “incredibly high crabgrass.” I hate when ninjas break into my house and use explosives to get into my safe. Good thing I had my security cameras aimed at them, and I have some of their DNA, so I’ll be sending them to Guantanamo soon enough. As soon as I get a permission-to-use contract from Dylan’s camp, I’ll release the unedited tape, without John Lennon’s name dubbed over. I mean you can tell, Dylan is stoned as shit on horse, and you can bet that it was my Uncle that got the artist high. So, thank him for the Southern years. That gospel shit, I take no responsibility—you’ll have to talk to Bennington about that.