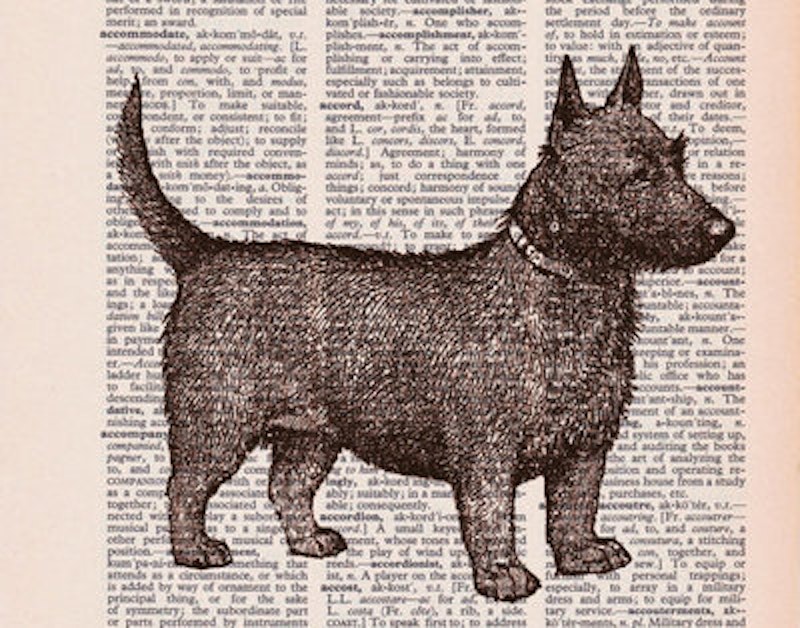 “A puppy is nice.” That’s banal. “What people really want is a sense of connection.” That’s trite. A banality is a mental and emotional grunt, emitted so that the insides can settle. “Beautiful sunset,” you say. Your soul has done some processing and air has shifted, as it does after a meal. “I think they’re wonderful,” you add. Being trite is different. Now you’re speaking an idea; a bit of reality is getting sorted out. Or it would be, but what you see down there is the same thing everybody sees. “Beauty is really essential,” you say, if talking about the sunset. Or, on a car wreck: “That’s the price we pay for high-speed transportation.” When discussing Trump: “He’s a child. He thinks just like a child.”

“Nice people are nice” is an extremely banal statement. An extremely trite statement would be “All men are brothers.” A trite statement can be true, since there may be a reason people keep glimpsing the same thing. But it doesn’t have to be. Find a Religious Studies major and try, “All the world’s religions basically have one message.” Banalities, by contrast, are always true, which ought to be good. But gnats can always fly and look how that works out. Admittedly, I’m soft on banality in conversation. I think discourse ought to come down a peg. Much of the time we don’t have wisdom to give. Why pretend otherwise? Let’s have our belch and move on. But the belches ought to be few and don’t act like you enjoy them. There’s company to be considered.

A banality is honest, a trite remark is aspirational. That means a trite remark (a tritery or trite-ism) is bad, I suppose. But again I’m soft. Cover the thing properly and I’ll let it go. Start your comment with a shrug. “I don’t know,” you say. “I guess sometimes you just get these situations where you come up against the basics. Like, he actually is a child. You can never leave that out.” The apology adds a lot of words. So be it. The right attitude has been established. I don’t mind the noise as long as I don’t have to muster an attitude that I find draining. If I don’t have to pretend the idea is fresh, then my life is undisturbed.

This analysis is personal, of course. Merriam-Webster’s site defines trite as “hackneyed or boring from much use, not fresh or original,” and banal as “lacking originality, freshness, or novelty: TRITE.” Very well. I still like my distinction, and I assign it to these two words. It may catch on. In the meantime, I think we all agree about puppies.

Another thing. What we tell children is true: someone who’s strong doesn’t have to insult people, push them around, threaten them. The ABC Afterschool Special spent a quarter of a century airing messages like that. I imagine camp counselors and Little League coaches have spread the word too. But a lot of them voted for Donald Trump, and here we are. Wisdom is a lot trickier than it looks.