The March of Euphemism

The right words in the right juxtaposition can absorb or inform you. 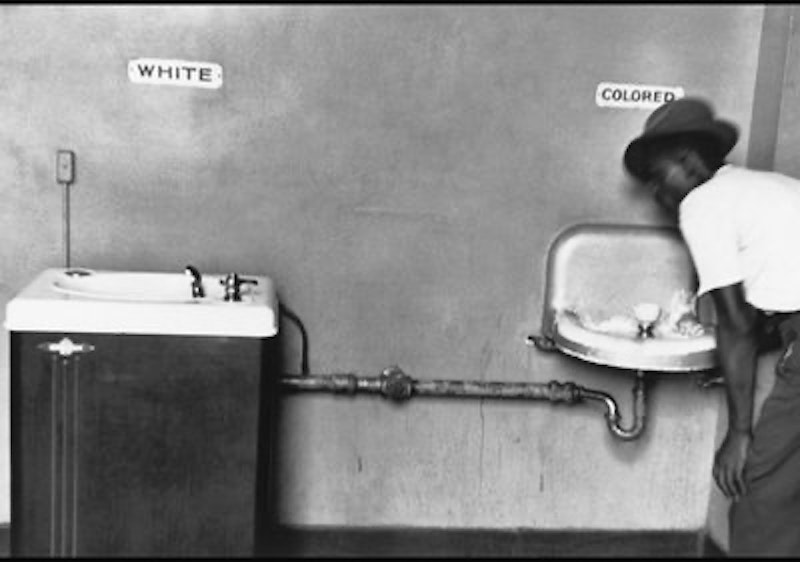 The 1913 Mental Deficiency Act defined four categories of defective Brits: idiots, imbeciles, the feeble-minded, and moral defectives. The history of “abnormal psychology since then consists largely of generations of ever-more elaborate and apparently neutral euphemisms, culminating in DSM-5. Believe it or not, referring to people as imbeciles and defectives was itself intended as a non-pejorative and strictly scientific taxonomy, words such as “cretin” and “moron” liable to give offense.

In my youth, a favored euphemism along these lines was “retarded,” which was intended as a neutral term to indicate delayed or arrested development rather than sheer imbecility. In general, the euphemism introduced today becomes tomorrow's term of abuse, calling out the next generation of neutral or allegedly scientific terms that couldn’t possibly offend anyone. These terms then mutate in turn into abusive brickbats. Call someone (Trump, perhaps) “psychotic,” for example, or a “psychopath”: it sounds like a diagnosis; it's a mere insult. Eventually, these words will have to be replaced. And then the replacements will have to be replaced.

For 35 years or so, I’ve grappled with the relation of language to reality. My teacher, the philosopher Richard Rorty, argued that language creates or articulates the real, or indeed that we should stop talking about “reality” at all, which is, after all, itself a word. We create our reality by the way we organize things in language, and we have no access to a reality outside of language. Rorty would simply challenge me to tell him about something outside of language, after which he'd just sort or snicker.

Rorty's views have entered mainstream political discourse as a sort of commonplace; it starts with the apparently uncontroversial “the words we use matter” or “words are powerful, you know.” Then we start catching people in unapproved or superseded formulations and dismiss them as racist, sexist homophobes, or whatever it may be. And then, because words create realities, we believe that we have struck a substantive blow for justice, because we've silenced you or more or less forced you to this week's euphemism.

My trump card, arguing with Rorty, was what I called The March of Euphemism. You could change the terms for various mental problems a dozen times, and do next to nothing to change the stigma. In fact, because of the stigma, ticking right along the whole time, the new neutral terms come to be used as terms of abuse or degradation.

University of Michigan Professor Martha Jones, writing on the CNN website in 2014, wrote that "for my grandmother, ‘Negro’ was a term of respect. To my students, it [is] an epithet." When I was a kid, if you failed to use the term “Negro” in the demanded spots, you were an obvious bigot. Twenty years later, the same word in the same place made you one. You had to refer to people as “black.” I have to admit that at this point, I suspect the racial attitudes people who talk about “the blacks,” such as my 92-year-old mother, a vociferous supporter of civil rights throughout her life. Perhaps her worst failure in those 92 years, in support of racial justice, was falling behind the euphemisms late in life.

There have been many substantive accomplishments in the movements for minority rights and racial healing over the last hundred years. Replacing “Negro” with “colored” with "black" with "African-American" is not among them. What I'd like to know is how or why you expect a mere shift of terminology to change a damn thing. I suppose you could talk about amorphous effects of unapproved terms on people's self-esteem, or the ways the terms may seem to express a devaluation of the people involved. But the devaluation is systemic, practical, real: a matter of incomes, schools, prisons, neglected neighborhoods, and stunted opportunities. The word is just some vibrations in the air or some squiggles on a screen.

I love words, and have devoted a good portion of my life to them. The right words in the right juxtaposition can absorb or inform you. Eventually they might change your opinions, though that’s rare. But they can’t be used to inflict physical harm, and they reflect rather than create systems of oppression, as the March of Euphemism shows with clarity.

If words were the, or even a, locus of oppression, we'd have accomplished a lot more liberation than we have, because through massive peer pressure and institutional insistence, we’ve changed our vocabularies about oppressed groups many times. Let's say that Harvey Weinstein learned not to refer to people as “chicks” or “pussy,” and that he strictly did not call females of any age “girls” (one of the central demands of the feminism of the 1970s). That wouldn’t have put a crimp in his insanely sexist career as an abuser.

Anyone can be trained by a schedule of reinforcement not to produce unapproved sounds. Anyone with a little practice can sound like a social justice warrior. After you force them to express themselves in the manner you deem liberating, they can keep right on with the oppression and the abuse, but they’ll be much harder to detect. Euphemisms allow us to be bad people while appearing to be good, even to ourselves: they are masks; they function as lies.

Talk is cheap; jive is easy. If you think about it honestly for a minute, you probably have a pretty realistic view of what you can accomplish by talking. It's true, you can insult and upset someone, for example. But that's about it. If you think that you're going to change the basic nature of social reality by yapping or by deleting unapproved sounds, you should’ve learned better a long time ago.