Slippy and Veronica steal drugs from children in Tucson, 1969. 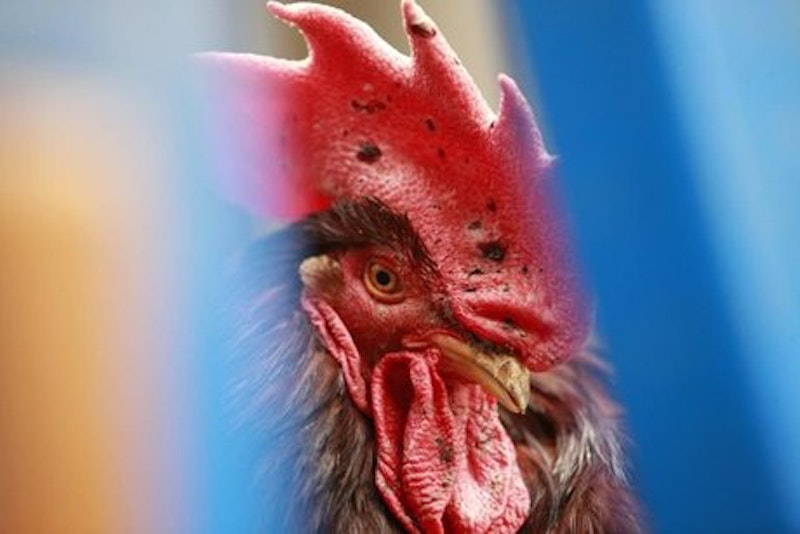 More dispatches from the barn. I’m sick of doing this, writing this way. Serialized. Seems… distasteful. I know Dickens and Thackeray and Wolfe and Wallace and Stephens (Bret) worked like this, but I find it very taxing. It’s confusing too: what did I say last week? There’s no way of knowing, no way of finding or searching for previous published materials. It’s all electrons and binary couplings. I don’t understand it.

I still use a typewriter (never a pen and quill—just barbaric), but most of the time I dictate to my assistant and liaison at this venue. Mick something. I forgot his name (Ed.—I will skin you). Anyway the news of the world this week has been far too depressing for me to discuss or dwell on. I’ve no insight to give on human evil. I only fully understand my animal, my kind. We’re a simple bird: ambitious, sartorial, proud. Some would say cantankerous, annoying, or flightless (false). There’s a lot of misinformation, and I don’t want to contribute to it. So let me tell you a story about my late uncle Slippy’s wife, Veronica. Blessed be the day I get to see her again.

… “Monica? Monica? Yeah no I’m writing. I’m writing right now… dinner? I’m fine… eh actually could you bake me a potato? Sour cream?… what?… no milk?…. the cows are on strike?… Christ… they have absolutely no work ethic.”

Sorry. I included that because I’m experimenting. Another famous serialized writer called it “Garbanzo journalism.” I think it’s neat! But I’ll cut to the chase: Veronica was a heroin addict. She picked it up in the Bay Area in the late 1960s. Slippy was beside himself until he tried it. So they had a pleasant enough flophouse existence for two or three years before their situation degenerated into shooting gallery nonsense and abscess horror, goats and wild rodents roaming into their living room (they had to sell the door), incredibly burnt out hippies that couldn’t tell Slippy Q. Quibbits from Philip K. Dick. Slippy told me one night, some greasy longhair with bleeding scabs on his arms rushed into the house clutching a copy of Time Out of Joint, screaming “HOW DO YOU KNOW ME?” and frothing at the mouth. Strung out as she was, Veronica leapt up and spur-clawed the speed freak and cut his throat wide open. Instead of cleaning up the spray, Slippy and Veronica took off with two suitcases and hitched all the way down to Tucson.

Strapped for cash and smack, Veronica offered to sell her body on the streets. Slippy was horrified. “What? Times have changed, it’s in babe. My body, my choice! Burn the American bra” They thought it over and came to the conclusion that any potential customers probably wanted meat but not any gash. They were glad. Dope-sick and hungry, Slippy and Veronica snuck into a hospital and posed as therapy animals. They found an oncology center full of kids and got them excited and distracted and stole all the Demerol from the closet.

They told me it was surprisingly easy, and hey, those kids would never get the chance to appreciate recreational drug use. They weren’t missing anything. Veronica had to take out the Achilles’ heel of some poor R.N. in the lobby, but other than that, they were right as rain, and when they found a tent village, they were set for the next couple of weeks. Half for themselves, half to sell at exploitative prices to local animals and make a profit and find a new place in Berkeley. “I want to buy a convertible.” And so she did, and when six turned to seven, Slippy and Veronica were living comfortably and relatively clean. Anyway that’s it for now, Monica is screaming at me. Says there are people at the door for me. Strange, I just got my business cards in today. Until next time, the next piece of serial!