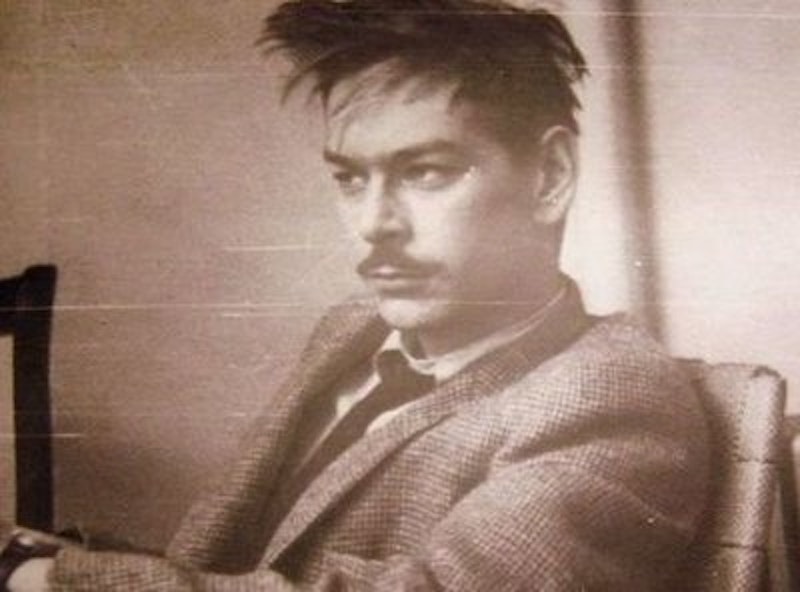 In early 2014, I published a story that left me sure what I’d do for the next several years.

On to Hollywood and reporting on the entertainment industry, including the problem of sexual abuse. Ultimately, I had to abandon the idea. Conservatives love to complain about lefty Hollywood. In fact, they prefer resentment to actual on-the-ground reporting. This laziness prevented us from having a real shot at the Harvey Weinstein story, and whatever else lies buried in Hollywood.

The story I broke in 2014 for the Daily Caller involves the alleged sexual abuse of Lucien Carr, who’d been a friend and contemporary of Jack Kerouac and the other Beat Generation writers of the 1950s. According to many witnesses, including the Carr family, Kerouac and William Burroughs, the later two of whom wrote a book about the incident, Carr was the victim of prolonged sexual abuse and stalking by a gay man named David Kammerer. As a result, Carr murdered Kammerer.

No member of Carr’s family had spoken publicly about what had happened between the two men. This despite the fact that in 2013 Hollywood produced a film about the incident called Kill Your Darlings and starring Daniel Radcliffe as Allen Ginsberg and Dane DeHaan as Carr.

Kammerer was 26 and Carr 12 in the 1930s when the two met. This wasn’t depicted in the film. Kammerer was Carr's Boy Scout Troop Leader, and followed Carr wherever the younger man went, even changing cities whenever Carr would move. In the early 1940s Kammerer followed Carr, now in his 20s, to Columbia University. On August 13, 1944, Carr killed Kammerer in a late-night altercation. The murder weapon was a Boy Scout knife, a weapon charged with obvious symbolism considering the relationship between the two men. Carr spent two years in jail, the judge giving a light sentence when the extent of Kammerer's obsession was revealed.

Kill Your Darlings completely flips this script. In the film Carr is a charismatic artist and provocateur, who, while at Columbia, attracts a group of writers who’d gain fame as the Beat Generation. Carr is most prominently a conflicted homosexual who’s guided by David Kammerer, not shown as a stalker, but rather a bright professor who thanklessly writes Carr's papers for him. Carr is also attracted to Ginsberg. In one scene the two men kiss.

I suspected that Hollywood was presenting a propagandistic version of events and contacted Caleb Carr, Lucien Carr's son and author of the bestselling book The Alienist. After weeks of cajoling, Carr validated what I suspected: Kill Your Darlings, he said, is a complete whitewash of history. The Carr family was never contacted by the film's director or the actors. The movie is a defense of Lucien Carr's stalker and the glorification of Ginsberg, who defended pedophilia.

In the film Ginsberg’s the brave rebel who won't let Columbia’s administration lie about the love between Kammerer and Carr. In fact, Carr was a victim who was repulsed by his stalker, preferring the company of the more manly and heterosexual Kerouac. Caleb Carr wrote a lengthy account of what he feels the real facts about his father are, an account that the Daily Caller published in full as part of my larger piece.

After my investigation was published, I tried to contact Daniel Radcliffe, Dane DeHaan, and Kill Your Darlings director John Krokidas. I asked them to respond to Caleb Carr's account and more general questions about Hollywood and child abuse. I didn’t hear back.

Still, the story caused a splash, and I found the subject interesting enough that I set my sights on going west to report from Hollywood. I know pop culture, and have a cousin who has worked at The Los Angeles Times for 30 years. There was a foundation there to build on and produce good work.

That’s when I learned that conservatives aren’t really interested in reporting. They’re too in love with the sound of their own voices, too high on the rage spike they get when Alec Baldwin tweets, to do the hard work of building up sources and getting to know a place that you’re writing about. There was not a single conservative “news” outlet that wanted dispatches from the Sodom and Gomorrah of Southern California. Even the Daily Caller, which published my original piece (and didn’t for it, as is their policy), turned up their noses.

I realized there’s an infrastructure of conservative media and think tanks who parasitically live off of celebrities, athletes and movie stars, reacting to everything they say and do, but have no motivation to actually hire journalists who want to cover the world the right finds so appalling.

It’s not likely I would’ve gone to Hollywood and broken the Weinstein scandal. But the Carr story made me think there’s a lot in Hollywood not getting covered, and that a conservative without ties to the mainstream media could be the right person to turn over that rock.

Instead, I eventually had to give up and leave the business. I just lost interest in what Lena Dunham is tweeting.