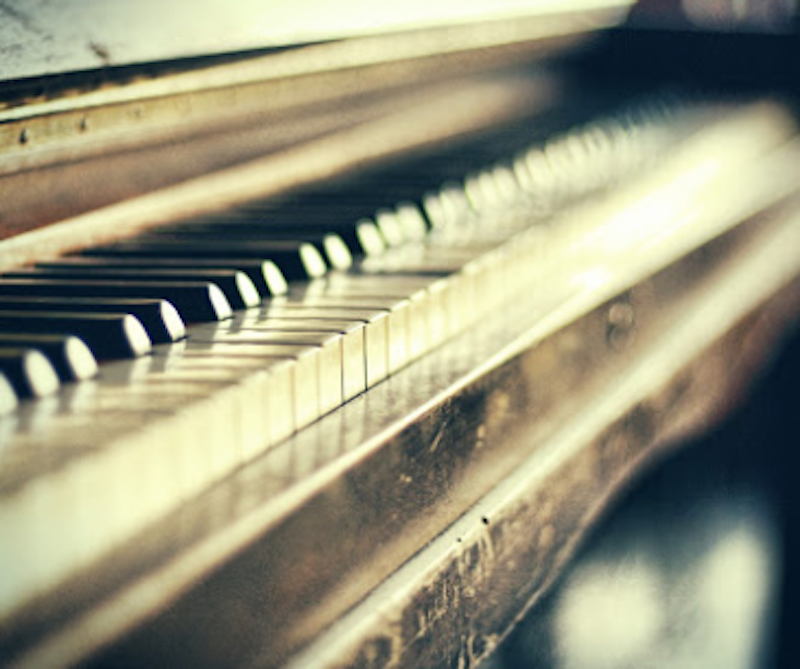 Eric’s mother, an artist with a Bohemian spirit, was curious about us blooming teenage Baby Boomers and gave us unconditional, non-judgmental love and encouragement. She was so easy to talk to, genuinely happy to listen to us, answer our questions, and instilled confidence in our beatnik ideas and what we did. I loved sitting at her kitchen table while she calmly dabbed the paint on her palette, and leisurely pecked at the canvas with a fistful of brushes. A cigarette burning in an over-flowing ashtray and a large cup of coffee were always within reach. She mainly painted large flowers and seemed supremely satisfied with life, in comparison to my parents’ busy professional lives.  And what an inspirational break from early-1960s conformist America she was.

If I knocked on the front door, and Eric wasn’t home, she invited me into the kitchen to wait for him, watch her paint through the cigarette smoke, and breezily chat. It was so unlike my home and neighbors, where everything had to be carefully decorated in an acceptable style, meals were punctual, and my parents were busy with homework (my mother was a teacher and my father a businessman).

I always thought it would be much more interesting to make things… like paintings, models, or cooking. Since my parents’ primary work was pushing papers, I think it must have been Mrs. Davis who showed me there was an alternative universe lurking in her tumble-down Victorian that was different from my modern brick rowhouse where every house and perfect front yard was nearly the same.

If her husband, Chubb, was sober enough to complain about his lazy sons and their long-haired friends who buzzed by his easy chair, like telling them to “get a goddamn haircut,” Mrs. Davis would run into the living room and bark, “Shut up you drunk, who are you to tell these kids anything? They’re just fine and you leave them alone.” We’d zip upstairs, barely containing our teenage laughter, and grateful for her holy intercession. Eric’s house was a parent-free haven where we could smoke cigarettes (and a pinch of pot), explore his amazing collectibles and listen to the blues on 78s.

Eclectic taste in music was something Eric and I had in common. I didn’t think much of pop music at the time—except the British Invasion groups. My mother and father came from families of amateur musicians, where every child took lessons in piano or violin, and sang in choirs, like the old world they’d come from, where every home had a piano in the parlor.

I was the only one of my friends who still had a piano in the living room—the sure sign of an oddball in the late-1950s. I had trouble focusing on piano lessons, and practice as a pre-teen was like pulling teeth, despite my mother and father’s experiments with various instructors who visited our home. Finally, they enrolled me at the prestigious and pricy Peabody Conservatory Prep in Towson, for a weekly piano lesson, hoping I’d be drawn to the professional atmosphere of a famous music school. But I just couldn’t drag myself to the piano to practice. I was the only one of my friends forced to study the piano. For them, making music had been replaced by the ubiquitous cigarette pack-sized transistor radio and its teen-centered rock ‘n’ roll. Nevertheless, I’d learned something about a wide variety of music.

Also, at eight, my parents recruited me to join a boy’s choir at the Episcopal Cathedral in Baltimore City. The boys’ choir was a last-ditch effort to teach me the saving grace of music and escape the 1950s tawdry suburban conformity—and worked. First, the neighborhood where we lived, Rogers Forge, was rife with teenage juvenile delinquents. The boys were mean, violent Irish Catholics, with streaks of deviance, lying, stealing, and cruelty. Most parents were hypocrites. Most mothers stayed home in their kitchens, or decorated basement clubrooms. Their husbands came reeling home from work, having boozed with their buddies in one of Baltimore’s countless “lounges,” skipped dinner and ignored the kids.

My mother came from an upright family of Welsh immigrants with a strong liberal protestant work ethic, and respect for education. She taught Latin, German, and French at Baltimore’s prestigious Polytechnic Institute, where there were only two other women teachers. On our block in Rogers Forge, except for one nurse, she was the only woman who dared to have a job outside the home. This too made me a “queer” to my Catholic neighbors who felt Protestants and working mothers were soldiers for the devil.

Her mother emigrated from Wales to the coal mines of Pennsylvania (a Welsh stronghold) around 1900 when she was 16. Gammy was tough. She buried four husbands, could sew and cook up a storm, and saw to it her two girls and three boys all graduated from college during the Depression. She lived with us for a while, but despised the “no-good Papist drunks” who dominated our neighborhood, bullying all manner of man and beast.