Nothing Comes Easy These Days

Isolation. Dread. Waiting out the storm. 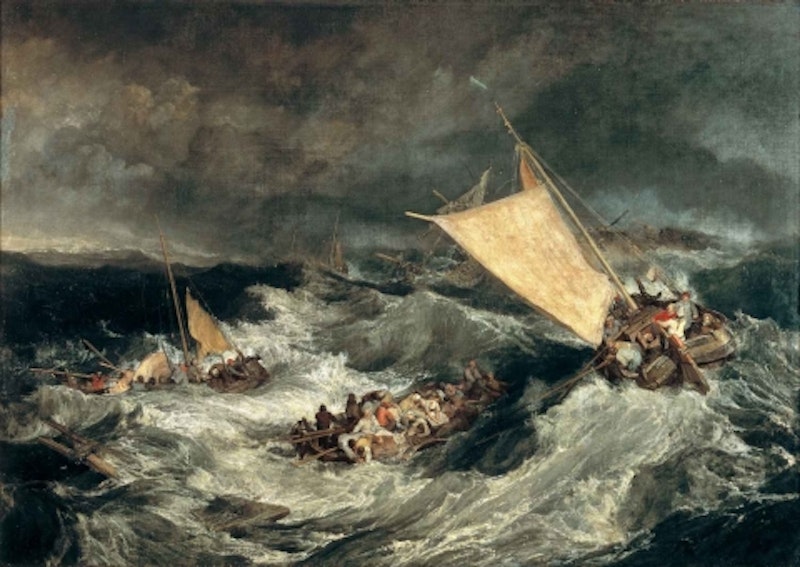 It’s difficult to write an introductory paragraph these days. Nearly everything published is written in the same key, or at least riffs in the same mode. Every piece begins with either boredom or anxiety before fanning out into effluvial waves of tight-knuckled self-pity. Isolation. Dread. Waiting out the storm. Crafting tips to kill time while you self-quarantine. Spreadsheets listing indoor activity suggestions. Poetry written from the perspective of the virus itself so terrible that it makes you want to lick doorknobs.

But I think this is normal, just made slightly more lurid by what might be the accelerated collapse of a terminal health care system. Society was already in a chemically-induced coma, awaiting organ shutdown. You were already lonely, even on your cruise. You were already bored with your life. Now, without the frenetic escapism of a strip-mall culture to distract you, you have to stare it in the eyes. Hunker down for the deep trip. This isn’t a time of exception. This is life itself.

Or not. The unpleasant dream could end tomorrow, and all the cruises and concerts could be back on. You could be back at brunch before no time, lifting up the hem of your skirt to wade through all the beautiful inanities of everyday life that you’d missed so much. That’s one of the anxiety-inducing qualities of the situation—so much is unknown. And it’s also the most overlooked and underplayed aspect of the pandemic. Civilization has come into contact with an alien entity, and it’s difficult, if not impossible, to predict how things will play out.

We won’t ever fully comprehend the virus in its total depth, in the same way and for the same reasons that we won’t fully be able to “apprehend” anything. A useful guide for understanding what I’m saying here are the basic tenets of what’s known was Object-Oriented Ontology, or OOO (pronounced triple oh). “Reality is always radically different from our formulation of it,” writes one of the leading proponents of OOO, philosopher Graham Harman, in his book Object-Oriented Ontology: A New Theory of Everything. What he means, drawing from both Kant and Heidegger, is that objects have an autonomous existence outside of our perceptions or uses of the object, and the identity of that object (called the Real Object in OOO) is constantly retreating from us, always elusive. As Harman explains, “The real orange or lemon is no more accessible to my human perception that it is to a mosquito or dog, whose organs translate the fruits differently into their own types of experience. In this respect, all of the objects we experience are merely fictions: simplified models of the far more complex objects that continue to exist when I turn my head away from them, not to mention when I sleep or die.”

And so it is with the virus. And the lemon. And with you and me and the laptop which I’m typing on. We interact with Real Objects through modes of sensuality, using metaphors in which the ineffable nature of our own selves and imagination “stand in” for the deeper identities of the objects we’re considering. I recognize the autonomy of the wine-dark sea because I, in some way, essentialize that autonomy within myself. Or in the words of the Spanish philosopher and writer Ortega y Gassett, “Every objective image, on entering or leaving our consciousness, produces a subjective reaction—just as a bird that lights on or leaves a branch starts it trembling, or turning on or off an electric current instantly produces a new current.”

Harman, again, elaborates on that thought: “In other words, even though every image we encounter gives us just an outline or shadow of the inwardness of the thing itself, I myself am fully invested in all these experiences, and inwardly invested rather than just as a shadow or outline myself. I am the sole real object in all experience, encountering any number of sensual things, though the tension between these sensual and real poles becomes explicit only in art and a limited number of cases.”

I’d argue that a pandemic is one of the limited numbers of other cases.

Another instance, and one useful for spending time during quarantine (add it to your spreadsheet), is the “Unexplained Sounds” page on Wikipedia. Because it’s curated and altered—the sounds are sped up by a factor of 20 to make them audible to the human ear—you might be tempted to argue that it’s a kind of art. Unexplained Sounds themselves are just that. Noises we don’t know the causes of. And so in OOO terminology they’re like sensual objects radically unmoored from both their causes and Real Object sources. The footprints of animals we’ve documented before.

There’s the Upsweep, a seasonally-occuring “long train of narrow-band upsweeping sounds of several seconds in duration each '' which can be detected, with the right equipment throughout the entire Pacific Ocean. And The Hum, a “name often given to widespread reports of a persistent and invasive low-frequency humming, rumbling, or droning noise not audible to all people.” Particularly prevalent in Taos, Bristol, and Windsor, for some reason. And then my favorite and probably the most famous, the Havana Syndrome, in which American embassy staff members heard an odd grinding sound, followed by a series of mysterious ailments such as headaches, nausea, and memory loss.

We can, in OOO lingo, undermine the noises by describing their constituent parts and saying “this is what they are,” the way we might define water by its molecular composition. And we can overmine them by defining them totally through their effects. But either method leaves us haunted by the unsettled spirit of the real object, hidden in the folds of the mystery. The virus works the same way. In trying desperately to define it through the boredom or anxiety it causes, we only feed a hungry tautology of emotion. When we try to define it in completely biomedical terms, something vast and important about the virus slips away from us. Harman, I think, would have us come at it obliquely, the same way we’d try to understand a poem or a painting. All the other stuff matters, background and facts and context, but the virus has a life of its own outside of our attempts at literalization.

We can’t see that life directly. We can only see it reflected off the unique and autonomous life within ourselves. And this is really what we’re forced to reckon with in our time of isolation. Our own unexplained sounds.