Fiction: When a friendly neighbor visits. 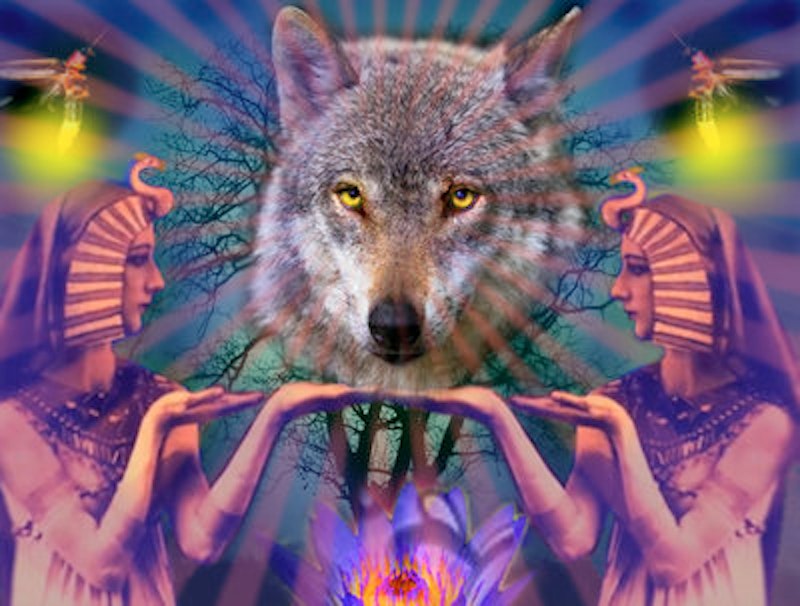 One thing we never mentioned to our parents as kids were the regular visits we received from our neighbor, Mr. Joseph. The old German immigrant man lived nearby and also owned the local religious store.

During the chaotic 1960s, there were only three television channels. Our best monochrome memories were made on late afternoons. That’s when the neighborhood kids stopped by the house to watch horror and science fiction B movies courtesy of The Twilight Movie. An eerie Theremin and xylophone theme song played over a kitschy sunset film loop, complete with sea waves crashing against shorerocks.

In front of a black and white television, the kids were lined up like bowling pins as the movie started. The pair of bunny ear antennas on top the TV didn’t help reception much, because when cars drove by a bunch of white streaks ran across the picture.

“A legend of a strange and mortal man with hair and fangs of an unearthly beast… his hideous howl a dirge of death.”

Then Lon Chaney Jr’s character Larry Talbot tells Wilbur Grey, “I know you’ll think I’m crazy, but in a half an hour the moon will rise and I’ll turn into a wolf.”

Nervous Lou Costello replied, “You and 20 million other guys!”

All the kids laughed.

With an hour of daylight left, the kids wolfed down their dinner. For dessert on the way out the door, they stuffed their pockets with a handful of salt-water taffy. The older teens went to go hangout at the Recreation Center. A garage band played “Gloria.” Rather than dancing, the more adventurous teens were eager to try the French kissing lessons being given behind a stack of bingo tables.

The younger children stayed closer to home. I crossed the street carrying a watering can. Miss Hall’s garden desperately needed attention. Wilted from the day’s hot sun, her pink peonies cried out for help.

As daylight faded on an ordinary street, the fireflies slowly rose over the big yards of the hilltop homes. Thousands of yellow light specks twinkled against the violet sky. You know something, that alluring display signals the bugs are looking for love. Sitting on the porch after rejecting his fresh picked dandelions,Tommy pulled fair and pale Becky’s ponytail.

A few of us kids heard about the “crazy as loon” neighbor down the street who started a hell of a rumor; something about a research facility at the hospital buying live lightning bugs. Too late, don’t you just know it; the kids got all excited over the news.

In the backyard, the anxious juveniles banded together and gathered on the porch steps with an arsenal: dozens of empty glass jars ready to capture life in a jar.

The kids drew straws, took a count and divided up the territories. Each kid hunted a separate neighbor’s yard. Back on the steps after the hunt, the group confirmed the day’s catch. Suddenly, we got a creepy feeling—someone’s been watching us. Sure enough, we were interrupted by a familiar visitor.

A tall, stooped figure dressed in Lederhosen and a Panama shirt, meandered across the street carrying an accordion. In the mild evening breeze you could catch a whiff of stale Old Spice aftershave. Mr. Joseph was on his way over to play German Oompah songs and tell us some fairy tales. There was one very disturbing story—accepting a gift from the devil.

After playing a polka tune, he proclaimed, “There’s good and evil in everyman’s soul.” Then the stories began. Things seemed awkward, but appealing.

One story was: if you agreed to wear a certain belt called a wolf-strap; whatever you wanted, desirable or deadly or both, was yours. As sweet as it sounds, there was always a price to pay. And, if you wrapped that wolf belt around your waist, you could become a werewolf—one of the dogs of hell, hence damned for all eternity. Legends of wolves go back to the early days of Rome. Our legs trembled as the pupils in our eyes widened. We tried not to freak out.

In simpler times, there was probably good reason someone might want to be a wolf. Roaming the Bavarian Alps, one might encounter a herd of big fat sheep. Those belonged to your neighbor. But if your cupboard was bare on the darkest of winters’ nights, a nice mutton stew might help warm up the bones. The ultimate goal: catch a sheep and bring it home. First, you must wait until the full moon. Put on your wolf-strap before midnight for the transformation. Such wolfishness behavior inevitably meant craving humans every full moon, carrying away babies and finding an unlucky person dead or missing.

Or even easier, just get bit by a wolf.

Just make sure to avoid knives, forks and spoons because werewolves have bad reactions to the presence of silver. It burns their fur, but they still might attack.

There were gasps and whispers after his little talk. Then Mr. Joseph would dip into his Panama shirt pocket for a special present, usually a Green Scapular or Holy Mary Madonna medal, the one where she’s stepping on a snake’s head.

But he wasn’t finished yet.

Mr. Joseph made an extra special effort at this point to nail down like a charm in the creepiest fashion. He’d grab you from behind while laughing, look you right in the eyes, and then pull you in close against his bristly, five-o-clock shadow beard. “Ouch!” Your soft kid face was rubbed raw and red.

“He’s the best boy in the world. Especially when he sleeps.”

Things became even more unsettling as he lifted his shirt. A thin, chicken-like frame of white flesh wiggled, putting on a quite a show. Mr. Joseph pointed to an old war wound as the other hand rubbed his belly. Then we noticed something else: is that a pentagram chest tattoo? No, it was a wolf-strap tightly wrapped around his skinny waist. We couldn’t believe it!

The kids ran home through the dark streets. On the way upstairs to our bedrooms, we whispered teases in each other’s ears, “Meee-stir Joseph, Meee-stir Joseph...” We slammed the door, jumped intobed, pulled the sheets over our heads and screamed into our pillows. Then we said our prayers. No scapular or holy medals, just nightmares. Pushing aside our fears, we always enjoyed Mr. Joseph’s visits.