Castles in the Sand

Beachcombing is a dying hobby. 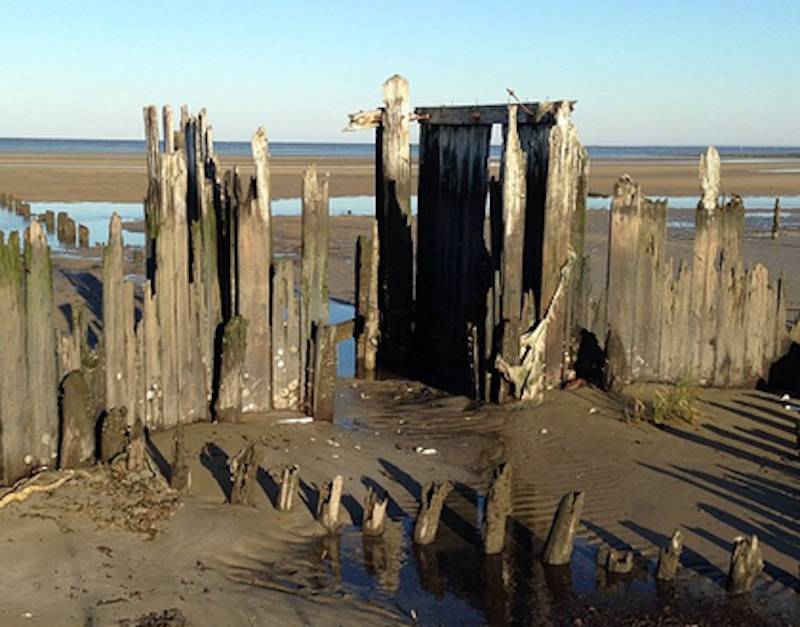 I cried on a beach for the first time in my life this past weekend. I don’t mean a full-on bawling crying, but the kind when your heart wells up with emotion until it reaches your eyes and try as you might, you can’t keep those couple tears from spilling over the edge.

I am a beachcomber and a sea glass hunter. This means my hobby is going around finding beaches, either close to home or even in other countries, and walking them, often for hours, or at least for as much time as I can get at low tide. All beachcombers have a “home beach,” and mine is in the Chesapeake Bay of Maryland. All beachcombers also have visitation beaches, which are beaches we often travel to on vacation. My number-one “visit beach” is Cape May, New Jersey, where my family and I have traveled on vacation with our kids for the last 20 years.

Like any good sea glass hunter, I won’t reveal the actual beach where I normally hunt, but suffice it to say it’s on the Delaware Bay side outside Cape May city. For the purposes of this article, I’ll call the beach Horseshoe Crab beach, since it’s where many of these armor-shelled crabs have been coming since like the dawn of time (they’re some of our planet’s oldest animals) to spawn and nest; the area is a major nursery for the baby crabs. It’s also a significant oyster nursery and fishing area populated by waterman families. Our family rented one of the cottages along this beach for a few summer trips.

I hadn’t been to the beach in about five years. As beachcombers know, five years is a long time for a beach. The beaches I visit weekly change in visibly noticeable ways from week to week. The whole “sea level” rising thing isn’t bullshit, ask any one of us who knows where the tide came up last year versus where it comes up this year. Anyone who knows a coastline knows how quickly it’s changing; how bad the erosion is. Monster storms, most recently Hurricane Sandy for those of us on the Atlantic coast, have taken their toll. It’s not a chicken-little exaggeration to say the tides are simply getting higher every month, every year. Tilghman Island is surrounded by sunken islands and no longer has a coastline; like many other waterfront communities, it’s primarily rip-rap or bulkhead between the water and the land.

And Sandy has done her damage. The high tide line on Horseshoe Crab beach is at least 10-15 feet further inland than it was only a few years ago. There are houses in the high tide line now, which means there’s nothing between the water and the homes in a storm. One medium-strength hurricane will wipe them out. Some “beach McMansions” had been built on the beach; one of them, now abandoned though probably only built 10 years ago, was supposed to resemble a sandcastle. It has its wish.

It wasn’t the new houses that made me sad, though, but the fisherman’s cottages. Like on Tilghman Island, these places were built close to the water for the simple reason that the water is where the homes' residents worked. I saw a fisherman walk the 30 feet between his house and the water. He smiled and commented about the nice weather. Catching striper for bait, he said.

And the oysterwoman. I don’t even know if it’s a word (and in Maryland I’ve heard women who work on the water prefer to be called watermen versus waterwomen; the political correctness factor apparently not a concern)… but the oysterwoman had several helpers with her as she harvested the flat baskets from the low tide. She worked quickly, efficiently, and in an authoritative way as she directed the hauling and cleaning of hundreds of oysters to prepare them for sale to the market. She worked like a woman who has done this all her life. When I looked at her simple home, and her work, the only work she has ever known, it was then that I got tears in my eyes. Because when I turned to check, I saw the house was inside the high tide line.