My Two Cents On That George Packer Article 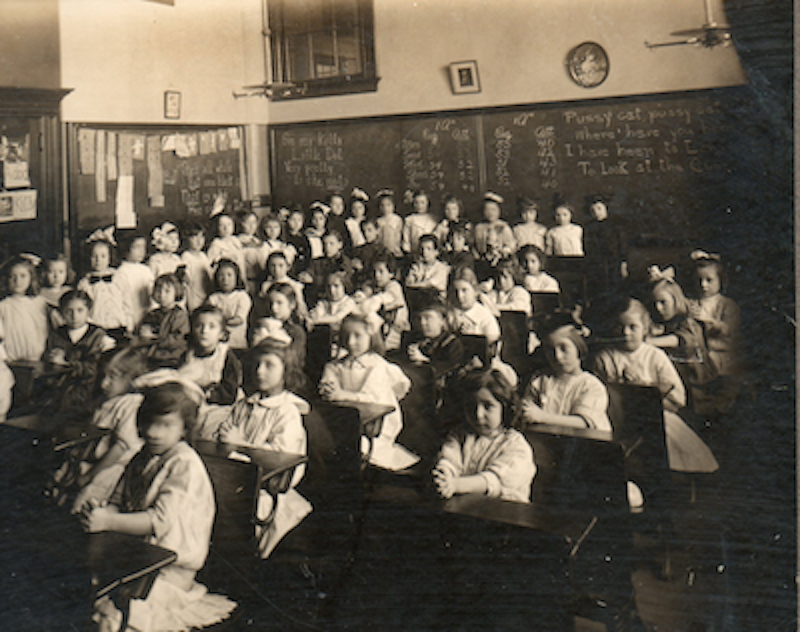 “Everybody” has been talking about mandarin journalist George Packer’s long Atlantic article about the difficulties of getting his school-aged children educated in New York City.

Packer has been caught between Scylla and Charybdis. On the one hand, there’s the culture surrounding the city’s private schools, or at least of the culture that forms when neurotically status- and “success”-obsessed parents of Packer’s ilk start interacting, neurotically, with those schools. Packer, for example, describes the ridiculous lengths to which he went to get his little genius enrolled in the “right” private nursery school.

On the other hand, there’s the New York City public school system, where Packer’s kids end up after he and his wife crunch the private school tuition numbers—and, perhaps more to the point, after they remember that they have reputations as egalitarian liberals to uphold. Unfortunately, that public school system is in the grips of a left totalitarianism that expresses itself, among other ways, in a rigid racialism and a brutal gender politics. To his surprise, it seems, Packer finds that he’s in the crosshairs of this ideology—he, George Packer, who hates Trump, writes successfully for the upper-middlebrow Manhattan press, and apparently even encouraged his children to appreciate Hamilton. And he doesn’t like it at all.

I enjoyed this article immensely. As an evocation of the illusions of an American elite contempt for which has become a crucial political fact, it’s invaluable. A million William Thackerays banging on a million typewriters for a hundred million years couldn’t finish mining this article for its satirical possibilities. Well done, Packer.

Every reader of this article will have his own favorite parts, picking out the choicest bits, like a child let loose on a box of sweetmeats. And while many of the article’s funniest delusions and vanities have already been chewed over, I’d like to add my two cents, trusting that my comments aren’t redundant.

I was amused most of all by Packer’s description of his daughter’s fear, in the wake of the current president’s election, that the Queens pimp could “break...apart” their family. That’s right. Not only is the pimp going to destroy “immigrant” families, he’s going to come after the families of brave dissidents like the rich, powerful, American-born Packer and his rich, powerful American-born family, too.

Where did Packer’s daughter get such an idea? Packer writes that he consoles the girl by instructing her about the Packer family’s constitutional rights as Americans. That would imply that she didn’t get it from Packer.

But of course children absorb the ideological neuroses of the households they grow up in, and old Harris is sure that the little Packer girl was subjected to her share of meretricious political nonsense over the course of her short life, including an oppressive number of moist horror stories about the intentions of the crypto-Nazi monster in the White House. And of course instilling unreasonable fears in one’s young children, lyingly telling them insane tall tale tales in order to psychologically extort them into embracing one’s own politics, and into hating the same president that one hates, is something like child abuse.

(To put this in context, over my long years of attempting, with some success, to curb my daughter’s adolescent self-abuse, I purposely refrained from trying to manipulate her with lurid stories of infernal torment. I merely stressed to her the Good News: That she, too, is a child of God, her body to be understood as an inviolate adjunct to her immortal soul.)

Anyway, as far as goes what “immigrant families” fear, liberals in general should try talking to a couple of the latter someday. The immigrants I know are members of my Russian Orthodox parish here in Indiana. Off-the-boat immigrants from Russia, Belarus, and other former Soviet republics (Lyuba and Roman, for example, are ethnic Russians who grew up in Kazakhstan), they tend to be pro-Trump, somewhat to my chagrin, given my distaste for the pimp. They also espouse a nationalist law-and-order politics—a politics central to which is the idea that illegal immigrants should all be deported, fast. It’s sociologically and psychologically interesting, I suppose, that liberals are more scared of anti-immigrant repression than immigrants are, but that’s apparently the way life is in our brutal neoliberal regime.

A brutal regime? Make that a brutal and expiring regime. This soon-to-be-late establishment of ours, as embodied by the Packers of the world, is so subpar that it’s members don’t even make good villains. There’s nothing colorfully dastardly about them, nothing picturesquely swinish, nothing of the grand old operatic manor. They’re just nothing. A moist whining is the sound they make, and a trail of bland slime is about all they’ll leave behind them as they’re broomed toward history’s sewer.

Glory to the Hieromartyrs Myrson and Herclides, bishops of Cyprus! All hail the convivial feast of the Venerable Anastasius of Perioteron! Let us prepare jovially for the feast day of Sainted Photii, Metropolitan of Kursk and All Russia!