Her beauty shocked the other inmates. 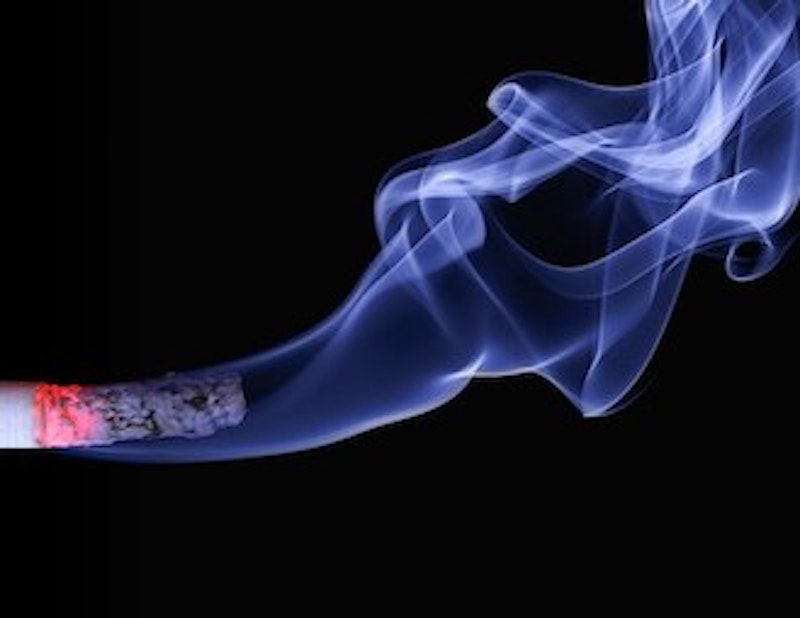 I haven’t smoked a joint in a couple of weeks, ever since the police arrived at my on/off girlfriend Spider’s flat in Scotland to escort me back to the acute ward I’d been sectioned in and out of for the past 17 years. I was put under a Section 3 and placed in a Forensic Secure Unit, which is where I’m typing this now, on the sticky keyboard of the ward computer I’m allowed to use twice a day. I'm a working and underpaid journalist, and can resist a police arrest better than most. My theory is that handcuffs give you something else to focus on. I also know that if I threaten to smoke a cigarette to Scottish police officers in a hospital room, I’ll manage it, despite their superior weight and artillery.

My mother never once used drugs of any street kind. My father smoked weed and dropped LSD in the late-1960s and had such a bad trip I’m not surprised he believes the false reports that cannabis use causes bipolar and schizophrenia. These reports are written by non-smokers, and since mental illness is often educated guess work, these reports are rarely accurate.

I didn’t start smoking weed properly until after my A Levels were complete, although I had a horrifying black hole of paranoid experience at 13 smoking weed with four friends one night in a local park. Sensibly, I waited until after school was finished before I began to smoke regularly, but still suffered some psychosis based on the breakup with my first teenage lover. Soon a gang of us got into watching 9/11 era South Park, eating munchies and smoking weed regularly, which I did up until November 2002 when I was first sectioned under the mental health act of 1983.

That was 17 years ago, and now no acute ward can hold me if I decide to abscond, and I put two of the guards in the emergency room after they wouldn’t let me have a cigarette. Pah. They started it. After I left this time, I had no money and half a pack of cigarettes, but with some careful begging, I managed to get £50 from a fan of my journalism on Twitter who gave me the cash for the Megacoach from Victoria, some cigarettes and a bottle of water.

I’d engaged in four hours of exhausting phone sex with Spider some weeks before my section, so when, eight hours later, I arrived in Scotland, she was pleased to see me. We’d had our knocks, sure, but love is love. We lasted two days of gentle TLC before the police sectioned me and after two nights in a Scottish acute ward I spent 10 hours chain-smoking in the back of an ambulance as I was driven to the secure unit in Woolwich. I’ll be discharged in two days, back to the original acute ward I absconded from, but Spider came to visit today. Her beauty shocked the other inmates, but I got to enjoy her intelligence and spirit in the visiting room.

She’s back in London to record a hip-hop track, and couldn’t resist a visit with her favorite white boy. The weed she snuck in her bag for me was forcibly kept in the lockers between the two doors that mark the entry to the ward, but the fact she tried is enough. I’ll be back up to Scotland within the month to begin work on three YouTube videos Spider and I have been planning for over a year. She’ll also be heading to Mexico to shoot the video to her track, because when you’re a girl like Spider, there really are no limits. She’s promised on her visit tomorrow to sneak weed in her socks, but only time will tell. Fingers crossed, and, Boris, when you win, please legalize it.