What the James Family Can Tell Us About Our Decadence 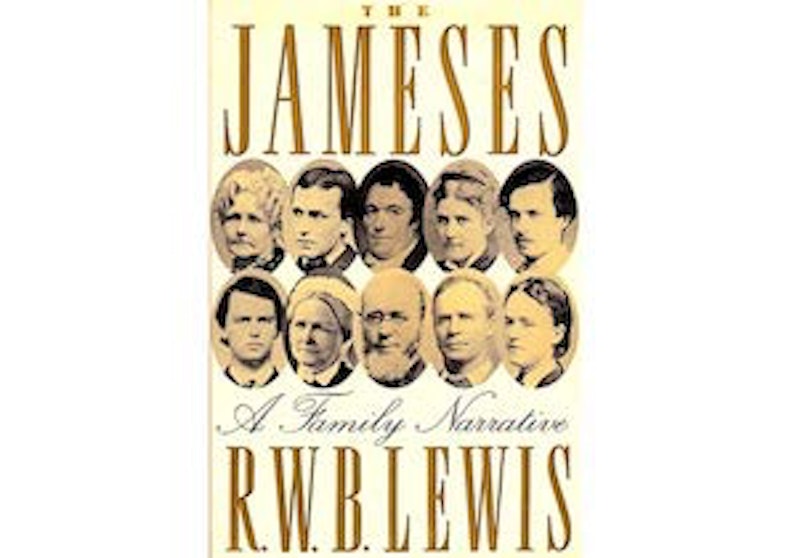 Much free time has made itself available recently in the Life of Harris now that Mother (her thick forearms well-suited to jockeying a wrench) has been compelled to take on the grimy project of mending the sump pump here on our Benedict Option property in Indiana.

Since my opinion is that she doesn’t need my help, I’ve been filling that time with pleasure reading. John Mortimer’s masterful Rumpole of the Bailey stories are my fare in the heat of the afternoon, while in the cool of the evening (when the thought processes work better) I’ve been reading a book called The Jameses: A Family Narrative, by R.W.B. Lewis.

That’s the Henry and William Jameses, mind you, not the Jesse Jameses. The book tracks the history of the literary/intellectual James family from the arrival on these shores of the first American James, also named William James. He was an immigrant for whom the epithet “enterprising” might have been invented. By the time this first William died in the early years of the 19th century, he had transformed himself from a shoeless pauper into not only a pillar of the Albany, New York establishment but also the second or third richest man in the young United States.

He was, in addition, the sire of a huge brood of children, one of them Henry James Senior—the eminent liberal theologian of his era and himself the father of psychologist/philosopher William and novelist Henry Junior.

A fine read, this book, for those interested in American intellectual history. And, it occurs to me, a useful document, too, for those interested in forming an honest appraisal of American decline. Here we have a portrait of an emblematic American family that lapsed into decadence almost immediately—a sort of Yankee real-life version of Thomas Mann’s fast-degenerating Buddenbrooks clan.

First we have the establishment of the family’s founding fortune, wrested ex nihilo by a foreign-born progenitor throbbing with energy, aggression, bravery, ruthlessness, and cunning. Next we have his son, Henry Senior, who seems to have held his buccaneering capitalist father in contempt, turning away from vulgar finance and business to dedicate himself to the life of the mind and to the formulation, in his theological work, of a set of Christian ethics firmly in the “liberal” or “progressive” vein that, we can now see, has so decimated American Protestantism.

So far, so good, we might say. The family is still on the upswing, after all. Even if it’s by now abandoned the struggle in the arena of capitalism, giving itself over to the finer things in life, there are still good things ahead. Decline isn’t yet obvious, because Henry Senior’s sons are, of course, the great Henry Junior and William, than whom it’s hard to think of people who have contributed more to American culture—as thin, in comparison with the cultures of the Old World, as American culture admittedly is. Henry Junior and William are, along with their lesser-known siblings, famously raised by their father in a hothouse environment, trotted throughout their childhoods from one European capital to another, immersed in Old World languages and literatures, dragged through the salons of eminent European writers and intellectuals and painters, veritably dropped off every morning at the Louvre galleries in the way that today’s suburban American woman drop off their own overweight, Ritalin-addled offspring off at the suburban pool.

And yet, a child-rearing regime that would seem to conduce to a fey weakness seems to work, as the existence of The Varieties of Religious Experience, The Principles of Psychology, Pragmatism,The Wings of the Dove, The Ambassadors, The Portrait of a Lady, and The Golden Bowl will testify.

Until it doesn’t work. Suffice to say, post-William and post-Henry Junior, we haven’t heard much from the James family. The story of the clan throughout subsequent generations is as complicated, and as interesting, as one might expect the story of a sprawling old family to be, but the spigot labeled “notable achievements” seems to have turned off sometime around when novelist Henry expired in 1916.

A typical American story: the dissipation of animal spirits in a moneyed, leisured over-refinement. Or is it? The take is complicated by the fact that the first stage in that decadence produced great things. Lots of rich families have faded away over the generations without producing a Portrait of a Lady. Then, too, what would a paleoconservative like me prefer: that the American Jameses not have taken up the arts in the wake of their founder’s fortune? That they’d continued in that founder’s capitalist project—a mercenary project in vulgar accumulation? As much as we paleocons are against civilizational over-refinement, we’re against grimy commerce too. The first American James was what my Grandmother Harris would have called a “bounder.” Would I have wanted subsequent Jameses to abjure the life of the mind and be money-grubbing bounders, too?