I am the abandoned child of Rooster and Monica Quibbits. 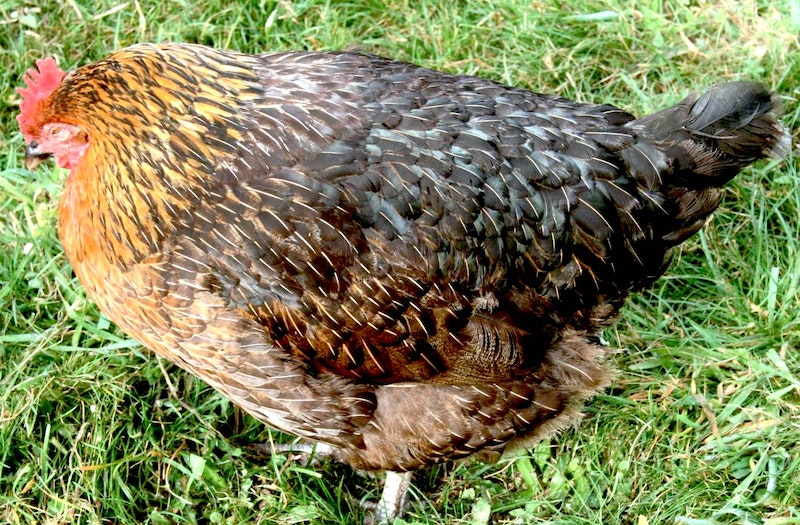 I am here. I am present. I am worth something. These are things my guidance counselors have told me to say to build up my self-confidence. I’ve never known anything other than despair, loneliness, isolation, alienation, rejection, and eventually, addiction. I knew why—I always knew why. It was never something I could tell anyone, because for most of my life, I’ve had no one. Just me and my chapped hackle. I’ve never had moisturizer or a clean bed. I’ve slept in parks and in subway terminals for most of my life.

I’ve been a drifter, born on the road and left to die. Being a wanderer was all I knew, and I thought this life was defined by pain and emotional chaos. I ate out of dumpsters and salvaged what I could from the remnants of rich families’ houses and restaurants that had to close due to health code violations. It seemed everywhere I went I was breaking the rules, but I was never a rebel. I just wanted to belong. Even less than that, I just wanted to be. Until recently I couldn’t. I didn’t know why I was in so much pain. I didn’t even know where I came from or who my parents were. I had no idea where my predilection for opiates and sudden bouts of rage descended from.

But now, I’m ready to speak my truth.

I’m the illegitimate child of Rooster and Monica Quibbits.

This isn’t libel or slander (I’m uneducated, so I don’t know the difference. Don’t judge me). I have DNA evidence and multiple witnesses to verify the veracity of my lineage (these big words are new to me, I just learned how to read last week). You may ask why I should come forward now so many years later, why I’d dare tarnish the name of two of the preeminent birds in the world, two of the only avian representatives to humanity we have. Even I know Big Bird is bitch-made. You may also ask how I came into this information, and the answer, well, it may shock you. But first, a build-up (I’m told this a well-worn but reliable literary device. I’m using it. It feels good to be smart). Last month I relapsed and started shooting up again. My main honey was always dope but I expanded my vocabulary with crank, flowers, speedballs, and straight-up anesthetic as I dove deeper into the blissful void of my torment and spread my wings for a straight shot to hell.

I was hitchhiking. I ended up in a state in the northeast, maybe near Boston. I found a drug den, as always, I mean it’s the only thing I’m actually good at (be sad for me now). It was a typical setup: vague test at the door to keep out police, a lot of asbestos and filthy mattresses, humans and animals alike nodding out, fighting, fucking, or talking about Steely Dan in every room. I was led upstairs, “to the Don Juan” of this house. When I saw him I did a double-take. When he saw me he did the same.

His name was Bennington Quibbits.

After Bennington had me tied up and was good to go, we were cooking our works when the subject of family came up. I told him everything you’ve just read, and it must be a bit much because he stopped me and called me a “whiney little bitch.” I thought that was the end of it, that I was rejected once again. No: he laughed it off. “I’m just tugging your tail. You’re my cousin’s son, I know it. We’re obviously family. Your eyes, the pattern of your chapped hackle, your spur claws… yeah, I can tell. Besides, Rooster and his bitch wife swore me to secrecy but I’ll gladly sell them out to you, free of charge of course—you’re family. Just maybe think about giving me a small percentage of the inheritance and compensation you’re owed. Just a thought. Anyway nice meeting you, I have to go make someone pass away.”

He left abruptly and gave me instructions and people to meet: free hospitals, counselors, English and typing lessons. Bennington is an amazing person; the world just doesn’t know it yet. He says he’s never published, which is just… wow. He’s such a good storyteller. You would’ve thought he’d have articles himself!

So I ask not for money, just acceptance and safety. Bennington didn’t give me exact details on how I was conceived or why I was “thrown away” (he said it was a “tough” time for Rooster’s novel, and Monica “just couldn’t be bothered. You have to understand she’s a fucking cunt and that’s all she’ll ever be: a fucking stupid cunt who can’t help butting her beak into everything she sees. Bitch.”)

Frankly, I don’t want to know, at least not yet. Maybe one day when I’m more centered and healed. For now, it’s relief enough to speak my truth and say that I am a Quibbits, and I want to meet my parents, and ask them why they abandoned me, a helpless chick, their own flesh and feathers. Maybe they have a good reason; maybe I was worthless all along. But from now on, I’m holding my hackle up high: I am a Quibbits, and I exist. I am present, and I am worth something. Not much, but something. That’s enough for me.