Space Connects Us All

Contemplating information provided by Kamala Harris, Elon Musk and others. 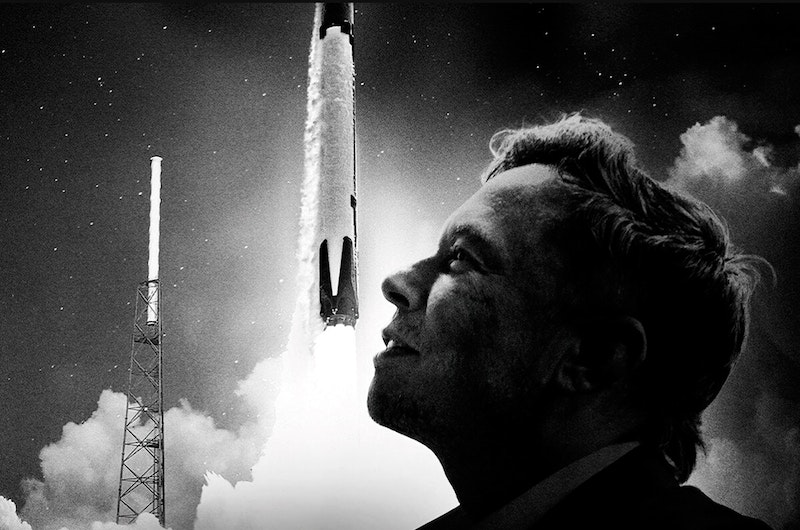 “Space—it affects us all, and it connects us all,” said Kamala Harris in a speech at Vandenberg Space Force Base last April. That was an apt statement, part of a discussion of space technology, including satellite communications and navigation that have become part of everyday life and, in fact, connect us all. A recent George Will column cited it as an example of the “eerie strangeness” of Harris’s “verbal meandering,” part of an “Everest of evidence” she’s “starkly unqualified” to be in line for the presidency. But this compendium contained nothing particularly concerning, or as strange as Dan Quayle’s optimism about breathing on Mars. I think Will did Kamala a favor, by showing so little from such bad-cherry-picking.

Did Will himself scour the Internet looking for supposedly damning Harris quotations, or was that task left to a research assistant? The Washington Post laudably included links to the source material, though the space link was curiously limited to the word “on.” Did an editor worry that readers might click through and discern that Kamala’s alleged faux pas was factual and cogent?

In the run-up to the midterm elections, I’ve been contemplating my own habits of information-gathering. Time spent on Twitter has gotten harder to justify, especially when the topic is Twitter itself. My main takeaway from Elon Musk’s purchase of the platform, as well as his own hyperactive participation on it (unless perhaps he’s paid someone to tweet for him), is that it makes it less likely he’ll fulfill his ambitions of settling Mars. SpaceX has performed remarkable technological achievements, and might launch its huge Starship rocket next month, but I don’t see how Musk can bicker over blue-check fees and also get a city built on the Red Planet.

I mentioned in a recent piece that I’ve started paying for a few Substack subscriptions. Soon after, not wanting newsletters to deluge my email, I fiddled with my Substack settings. This had the effect of deleting several free subscriptions I’d had, including to newsletters by Virginia Postrel, whom I’ve known since writing for Reason in the 1990s, and David Andelman, whom I met in France earlier this year through my well-connected sister. What I’d like is for free and paid subscriptions to all feed into my on-site inbox at Substack, rather than my email, or at least be accessible through my Substack profile, but the platform’s not the most user-friendly.

Spending more time reading books, rather than online, is a smart idea. A good friend of mine, an Orthodox Jew who’s moved to Israel, told me years ago he was taking up that strategy. Seeing a trade-off between time spent on social media and book-reading, he let his social-media feeds go almost-entirely dormant. I don’t plan to go as far as he did, but I see the wisdom. My view of Facebook’s been similar to that of Churchill about alcohol: that I’ve gotten more out of it than it’s gotten out of me. But that’s partly because I don’t spend a lot of time there, while Twitter’s been more of an addiction.

For the past couple of years, I’ve used NetGalley, a site where publishers provide electronic review copies of upcoming books. This is a valuable tool, usable by amateur and professional reviewers alike. Typically, one has to request a galley (though some are available with no approval needed), and the response may depend on what the publisher can glean, through your profile, of how likely you are to review it and where your review might show up. Most of my requests have been approved, and the ones that weren’t often were books that sank into obscurity upon publication anyway, perhaps because the publisher was too selective.

While I’ll still use NetGalley, contacting publishers directly to ask for review copies in print has its benefits. Staring at a screen isn’t the best way to read a book, though the ability to search the manuscript electronically is an advantage. When a publisher’s willing to send both print and digital copies in tandem, the chances that a reviewer will absorb the material and write something intelligent about it rise accordingly. Among new books I’ll be looking at closely are two on space from Princeton University Press: A Traveler’s Guide to the Stars, by Les Johnson, and Back to the Moon, by Joseph Silk.

My current reading is Michael Shermer’s Conspiracy: Why the Rational Believe the Irrational. For years, I fact-checked Shermer’s column at Scientific American, and know him to be a careful writer, willing to probe deeply into the misinformation washing over the Earth.