Jump into the Fire

Fireplaces are beautiful and dangerous. 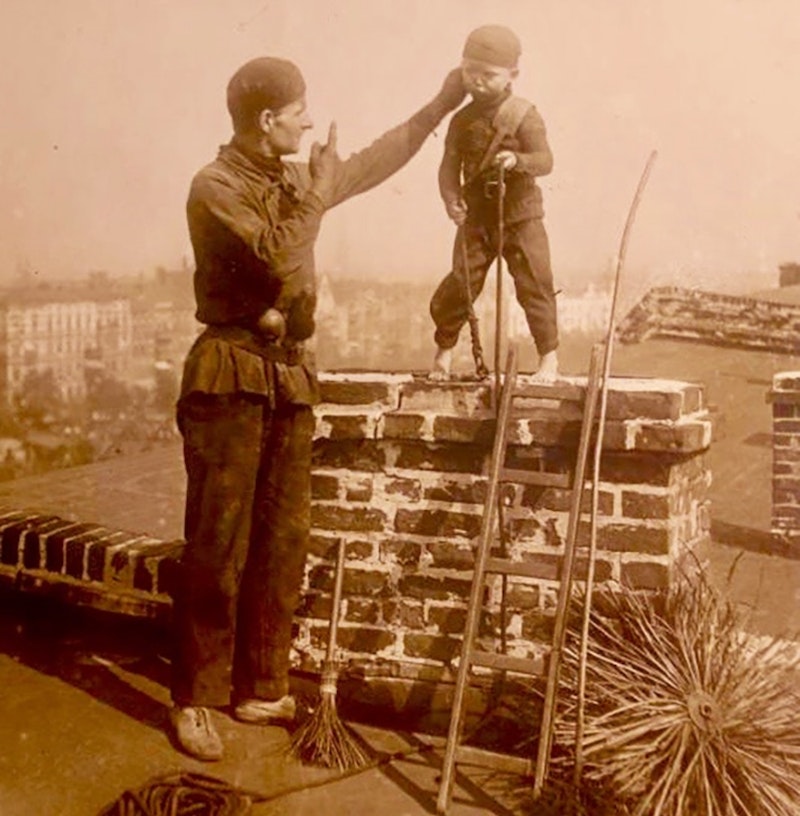 Having a cup of hot chocolate in front of a fire seems fit for a cold day. The seasonal tradition helps spread the warmth that defines the holidays. Perfect for any evening, imagine you’re cozying up in a living room or den setting in front of a fireplace.

You’re about to unwind on a couch with a friend. “Light My Fire” by The Doors is playing in the background. It’s challenging to hear one another with the intolerably loud fire cackle that could be mistaken for a drive-by shooting “pop-pop.” Ash, soot and smoke fill the space. Sparks fly everywhere. The warm sensation encroaching on your toes should worry you. Who deserves to be nudely burned? Have you forgotten to open the flue and close the grate?

Building a fire is a labor of love and creativity that’s worth the effort. There’s a lengthy lighting procedure. Airflow is crucial. First, check and make sure there’s a proper functioning chimney and fireplace damper, or else. Gather the needed fire-starter materials: kindle, firewood (or a Duraflame log), matches. Don’t forget the toolset: poker, shovel, broom, and tongs.

It’s a grimy job. Your clothing will reek of campfire smoke. You’ll smell rather Canadian. I find fireplaces both fascinating and frightening. However, it can be difficult at times to envision the grand Hallmark love you forever Instagram moments as wonderful.

Are fireplaces old-fashioned? At one point, almost every home had one. Fine, if you’re looking for charm more than a heat source. A real estate agent or interior designer may say, “Oh no, this decor never goes out of style,” or, “Ooh, we have new, state-of-the-art efficiency models,” when describing a fireplace. An old-timer might respond, “No thanks, just turn the thermostat up.” They’re accustomed to hearing the cling-clang of a radiator heating up. An alternative is a plug-in electric fireplace; clean and odorless, the space heater with simulated flames works like a hair dryer. Make sure you know where the circuit breakers are located to avoid having a heart attack over your electric bill. Next song on the playlist is “Play with Fire” by the Stones.

Digressing occasionally, but not very often, it’s easy to gaze into a fire and float away. Here we go over a city, flames below sway like autumn trees, igniting poetry, art and music. The horizon unveils a retro rock and roll jukebox.

The year is 1967. Now dig this gem baby, “Fire” by The Jimi Hendrix Experience. “I have only one burning desire, let me stand next to your fire.” In 1968, The Crazy World of Arthur Brown screams, “I am the god of hellfire and I bring you, Fire! I’ll take you to burn.” A different emphasis from Harry Nilsson on a 1971 album, “You can jump into the fire, but you’ll never be free, no no.” Following the guidance of these musicians, you’re on the right track, delve deeper into the 14th century and uncover Dante’s Inferno.

The Divine Comedy shows darkness and revelation in the Nine Circles of Hell afterlife. During the 1500s, there’s an opportunity to examine the artwork The Triumph of Death by Pieter Bruegel the Elder in depth. By this point, you’re probably off your meds and engulfed by flames, Stravinsky’s 1919 Firebird Suite nourishes your lovable unique sense of flair. In the kitchen, a whistle’s coming from the stove, you left a kettle on boil.

For more than 200 years, child labor was a common practice in England and other European countries. It’s starling what was socially acceptable in the past. Youngsters crawled up and down chimneys in dirty, dangerous conditions to remove creosote. As coal took over the role of firewood, there was an increase in thick soot buildup, a fire risk. Hazardous vapors entered homes if the chimneys weren’t kept clean.

The Victorian chimney sweep youth fell victim in these death traps, often getting stuck while cleaning flues. Some chimneys had 9x9 inch spaces. Climbing boys had to “buff it” and crawl up naked using knees and elbows. Many perished. Older master sweeps worked the “Poor Law” guardians. They spoke with authority and sought apprentices from impoverished parents who sold their children or found orphans as young as four years old. The practice became illegal in 1875. With labor rules in effect today, now such a ritual seems unthinkable. The fireplaces burned for generations, yet nobody seemed to notice the lost childhoods of yesterday.

On December 24, 1966, New York’s WPIX had a stroke of programming genius. The television station aired a one angle, three-hour long, 17-second loop of a Gracie Mansion fireplace, the first of its kind. The sublime creation, the Yule Log earns an achievement award in the pop culture hall of fame. Here one finds all the surreal elements of the holidays. The easy-listening music by artists like Percy Faith and others in the genre, naturally lends itself to the extra viewing energy needed.

The Yule Log eventually burned out, cancelled in 1990. Following several post-9/11 requests, nostalgia made a successful comeback in 2001 with a restored version. If one happens to be recovering from a lung transplant, watching television without smoke is a great comfort. Now you can check out copycat videos online year-round. So, pull up a fireside chair and think deep thoughts. For instance; is it me, or does it feel odd using your cellphone to watch a fireplace?