Some Imperialism is Good, Some is Bad 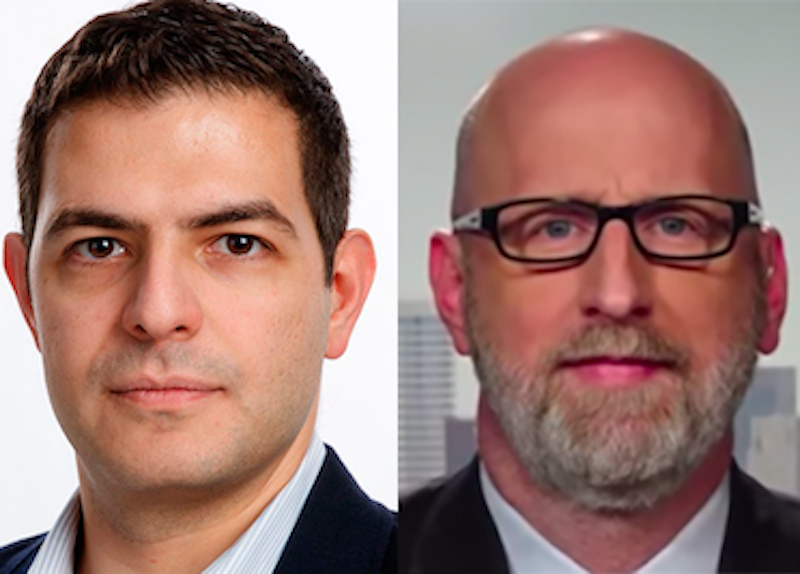 The David French-Sohrab Ahmari debate that transfixed the American political commentariat this spring is still proving a source of fresh thinking.

I think the debate will play this role for a long time—indeed, I have the feeling that it will prove a key moment in the redefinition of conservatism away from the market fundamentalism, libertarian, and neocon militarism that’s long defined it and towards traditionalism, orthodox religion, and a humble, non-interventionist, even (yes) isolationist nationalism.

One idea of Ahmari’s has inspired me in particular. This is his idea that conservatives should abandon the essentially “liberal” Frenchian project of ensuring a “neutral” public sphere in which conservative ideas can compete with progressive ones. Instead, the Persian-American commentator says, we traditionalist conservatives should use all available tools, including the law and government executive power, to promote and institutionalize our values. No more Enlightenment-style “battle of ideas in a neutral public square.” Rather, we’ll take over that public square and own it. If you want to promote your values, you’ll have to get permission from us first. If your values don’t promote the Good, we won’t give it.

Needless to say, I’m firmly in the Ahmari camp. And what strikes me is how useful his way of seeing things could be to those of us in what’s simplistically, if ultimately with justice, termed the “pro-Russian” or “pro-Kremlin” camp. Ahmari gives us a powerful intellectual weapon that, if it even existed before, was obscured by the mists of bad thought. Now the cleansing sun of Ahmarism has emerged to burn away those fetid, obscuring vapors.

Consider, for example, the question of American imperialism and militarism. Paleocons and the traditional far-leftists with whom, for complicated reasons, we have much in common politically, are dead set against them. We have nothing but contempt and hatred for the jingoism and constant foreign military adventurism that’s characterized U.S. foreign policy since the end of the Cold War. We’ve expended hundreds of billions of pixels on rageful denunciations of the world’s John Boltons, David Frums, Max Boots, Madeleine Albrights, et al.—this scum that floats around our political sewer, fomenting intervention after catastrophic American military intervention, all over the world.

It wouldn’t do to quibble or play semantic word games here. By any reasonable definition, the aggressive dominance over Ukrainian politics that Russia has tried to exert since the fall of the Soviet Union is purely imperialistic in nature. So are, needless to say, the Russian invasion of the Donbass and the annexation of Crimea. So are the Russian military occupation of parts of Georgia; so was the Russian invasion of Georgia in 2008. So is the ongoing Russian occupation of Moldova and the endless Russian campaign of “dirty tricks” and subversion against the Baltic countries. So are Russia’s machinations in the Balkans. And so on. And yet those of us who are most vocally against U.S. imperialism tend to support, to a man, the Russian initiatives I’ve just enumerated.

This is where the new schema that Ahmari has articulated comes in handy. In a neutral, “Frenchist” framework, great advocates of Russian (yes) imperialism like, say, the great “Soviet-American” intellectual Yasha Levine, Aaron Mate, Scott McConnell, Yale professor Daniel Larison and me are at a loss. In such a framework, an intellectual antagonist could well challenge any one of us on grounds of sheer consistency. If, after all, we’re against imperialism on rational, logical, universalist grounds, shouldn’t we also be against Russian imperialism as well?

Ahmari’s reorientation of our operating framework offers us a way out of this frustrating bind. It opens the door to a “valued” reading of comparative imperialisms and militarisms. It throws out a corrupt and non-generative “neutrality” in order to allow positive discrimination between them on the basis of which conduce towards evil and which conduce towards the Good.

This is a matter for a book-length treatment. But it seems to me obvious that a proud, pure Great Russian imperialism/militarism that brutalizes, exterminates, and in general targets anti-Russian filth of the sort that for several decades now has been baying for reform, national rights, independence, and “dignity” in “countries” like Estonia, Georgia, and Ukraine, all the while collaborating with the liberal running dogs of a NATO, is of a different moral valence than a purely noxious U.S. imperialism.

A Great Russian imperialism that, having taken over Crimea, has its righteous way with the Crimean Tatar criminals that have infamously resisted Holy Great Russian Power; or that someday reincorporates a disobedient Estonia and, having arrested him and his family, subjects the American-schooled fascist Toomas Hendrik Ilves to a show trial before dispatching him to that stern punishment that he, as a saint in the pantheon of the world’s anti-Russian racists, so deserves; or that violently suppresses rival churches to the glorious Russian Orthodox Church, Moscow Patriarchate; is different than an American imperialism that’s done nothing but make the world safer for brutality.

The point is that the new orientation that Ahmari has proposed renders it possible for us to make these sorts of moral distinctions in our favor—whereas they were impossible to make in the context of the “neutralist” philosophical liberalism that until now has prevailed.

This is, needless to say, great news. I look forward to seeing what great pro-Russian intellectuals like Dr. Larison, Russian Orthodoxy’s most important theologian, do with the new tools that Ahmari has given them.