Pets are a different subject. 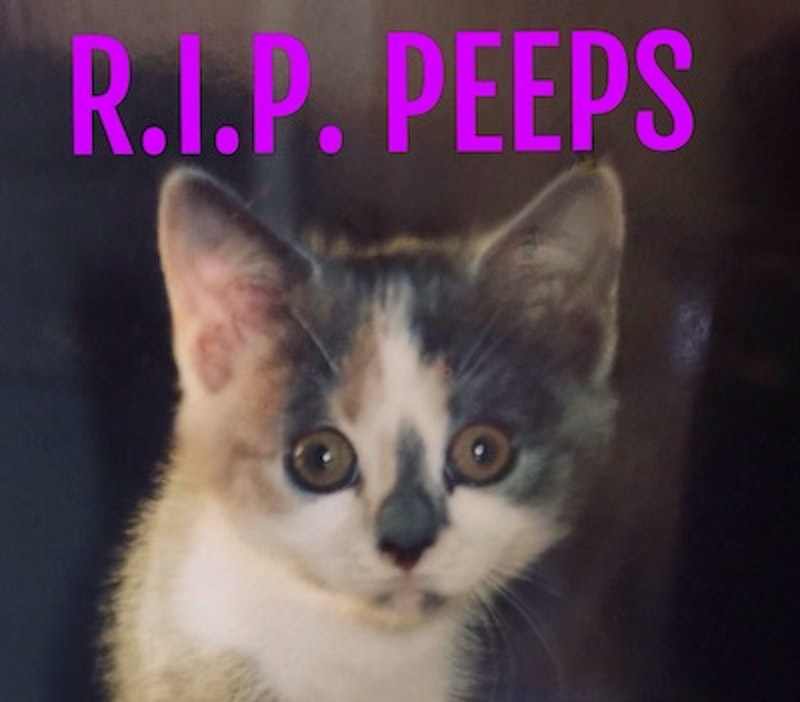 People and pets are as perplexing as people and their kids. I guess most people have progeny because that's what the vast majority of humans do. Get busy and make babies, be fruitful and multiply. Pets have offspring too, mostly unwanted. But babies are a welcome addition to most families. In modern times children are like accessories. The culture coddles children. Today they're used as tit-for-tat political hostages held captive in border concentration camps or used as weapons in a divorce. In return you get lawsuits, protests or tax exemptions, another mouth to feed, another ass to wipe. Fashionable parents dote over their precious little wonders. Children are overrated. We truly love them but they're really nothing special.

Pets are a different subject. Those who live alone or couples who don't have or want children have pets. Parents give pets to their children and end up taking care of them. The usual run-of-the-mill cats and dogs from the local animal shelter are most common. There's the lonely goldfish in a bowl or for tropical fish lovers, a multitude of rare and exotic aquatic species in giant aquariums. There are people who love snakes, spiders and other types of dead or alive insect and reptile collectors.

All kinds of pets to choose from and love by devoted pet owners. Most pets are treated like children too. Remember Arnold the Pig from Green Acres or Elly May’s critter collection on The Beverley Hillbillies? The peculiar sight of a little doggie dressed in a hat, coat and booties. I've seen little old ladies fuss over their yapping fur ball mutts as they try to defecate on the next-door neighbors’ front lawn. "Come on honey, do it for mommy please!"

We had a series of pet dogs when I was a kid. There was Flip, Napoleon, Bonnie and Bosco to name a few in a parade of canines that we dearly loved. They were part of the family. I could never accept those cruel dog owners who kept their dogs chained to a tree in the yard throughout the year. And in my old neighborhood there was plenty of those types. I was always a dog person due to severe cat allergies. I couldn't be around cats without toxic reactions, burning itching red eyes and a scratchy throat. I wouldn't go near cats. In a dark period of my childhood I had a Daisy BB rifle and would take pot shots at a gang of feral cats living under the crawlspace of an old dilapidated nursing home across the street from my aunt’s backyard. A fact I'm not proud of but not ashamed to tell.

I managed to keep away from cats during my youth and well into my adulthood until I met the woman I eventually married. She had a house cat named Peeps. The accompanying photo above was taken almost 20 years ago. It’s Peeps as a kitten. At first I ignored Peeps. The feeling was mutual. I later learned that Peeps avoided most people out of habit or necessity. Maybe she was allergic to humans. She was an aloof creature who wouldn't eat around anybody and mostly stayed to herself. Occasionally, she played with a toy or, on a rare occasion, actually jumped on my lap. Peeps had a toy monkey that she’d bring to us and make amusing talking meows that sounded creepily human.

Being around Peeps over the years my allergic reactions to cats, at least this one, became tolerable. As long as I didn't rub my eyes after touching the cat I could breathe easy without worries of an allergy attack.  Also, I grew to love the cat like it was my friend, but also family too. My wife and Peeps were inseparable. Peeps followed her everywhere around the house. I was a little envious of their bond of unconditional love and affection. Some rare connection we all want, need and desire in life. Dogs are cool, but they're high maintenance. You have to take them for walks on a leash outside all the time to do their business.

Unlike people, Peeps was always there in good and bad times. Pets can be a great comfort when you’re sad or lonely. They don't judge us and always give love in return. It's a symbiotic relationship we share. After almost two decades, our cat had to go. I was only around for the last half of her life but I loved that cat like it was my own child. Renal failure was the diagnosis. Together, we buried her in the backyard. I cried for my wife's loss as much as mine. It's the ones left behind who must continue to suffer the indignities of living in this unfeeling world. Mourning the moment when it arrives on quiet soft tiny paws. Nudging with a cold wet snout of longing. Telling me yes, it's my turn to go.