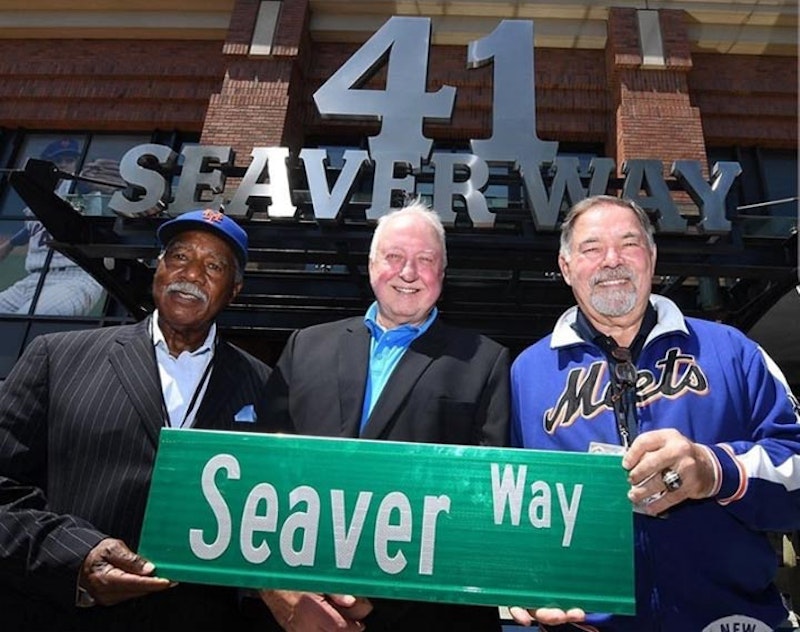 1969 Met teammates Cleon Jones, Jerry Koosman and Ron Swoboda stand in front of the newly christened Citifield entrance, now 41 Seaver Way, and hold a NYC Department of Transportation street sign that will be affixed to 126th St. between Northern Blvd. and Roosevelt Ave. on the east side of the stadium.

The signs honor Fresno, California native, U.S. Marine and Hall of Fame pitcher Tom Seaver, the greatest player the star-crossed New York Mets have ever produced. Playing before the pitch-count era, he amassed 311 victories and 231 complete games, wining the Cy Young Award three times and winning 20 games in a season five times over a 20-year career with the Mets, Cincinnati Reds, Chicago White Sox and Boston Red Sox. His arrival to the Mets in 1967 marked a change in the team’s outlook—formerly an aggregation of other teams’ castoffs, the Seaver-era Mets were renowned for pitching and defense, though making only two World Series and winning one, in 1969.

Yet the Mets haven’t served Seaver’s efforts particularly well. He was traded in 1977, still at the peak of his career, during a contract dispute. After the Mets brought him back for the 1983 season, he was inexplicably left off the Mets’ free-agent draft protected list and was promptly claimed by the White Sox. After the Mets’ new park, Citifield, opened in 2009, Mets owners Fred and Jeff Wilpon made the grand entrance to the stadium a shrine to Jackie Robinson—a historic major leaguer, but a Brooklyn Dodger. Seaver and other Mets standouts settled for pennants on lampposts outside the park.

Finally the Wilpons decided to set Seaver’s legacy aright in 2019 by commissioning a statue him, renaming the stadium address for him as well as petitioning the city to rename 126th St. as Seaver Way. However, they’ve done this after Seaver’s dementia diagnosis, a complication of Lyme disease he acquired tending to his California vineyards. Seaver can longer travel, and it’s unlikely he’ll ever again visit the stadium that bears his name on its letterhead. 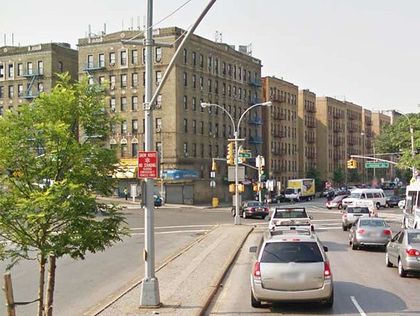 It’s one of the few streets in NYC designated “Highway” (Kings Highway is the longest and most famous). Formerly Boscobel Ave., it was renamed in 1945 for a baseball player, but not a New York Yankee… Edward Leslie “Harvard Eddie” Grant played in the major leagues between 1905 and 1915 for the Phils, Reds and New York Giants, hardly a superstar but a workaday infielder. He was killed at Argonnes, France in October 1918, three years after his baseball career ended. Grant was the first major leaguer or ex-major leaguer killed in WWI action. In 1921, the Giants dedicated a plaque in the centerfield at the Polo Grounds in his memory; the plaque is duplicated at the Giants’ present home, AT&T Park in San Francisco. 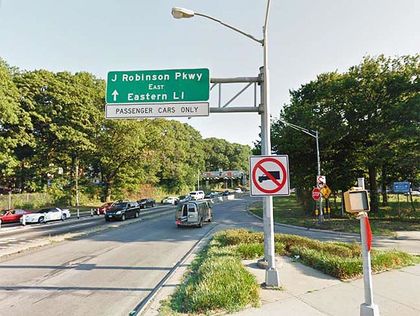 In many ways Jackie Robinson was the most compelling player in major league baseball history. He was selected by Brooklyn Dodgers owner Branch Rickey to break the MLB color barrier in 1947 (no African-American had been employed by a major league team since at least 1901, the beginning of the “modern era” of major league ball) after a sterling athletic record at UCLA, where he had lettered in track, football, baseball and basketball. Rickey needed a can’t-miss prospect, as well as a person who’d be able to endure the inevitable racism that would arise in a sport where many players were from the deep South.

Robinson was a five-tool player who hit for average, and power (averaging 16 home runs per year), possessed above-average speed, and was excellent on defense (second base for his early years). Advancing age and diabetes slowed him down in 1956 and 1957; the Dodgers traded him to the Giants, who like the Dodgers were moving to California, but Robinson chose to retire. Robinson passed away in 1972, shortly after addressing a World Series crowd in Cincinnati. He’s interred in Cypress Hills Cemetery, through which passes the parkway later named for him. In 1997 his uniform number, 42, was retired by every major league team, except for players already wearing it; the last one, legendary Yankee reliever Mariano Rivera, retired in 2013.

No borough-wide memorial had been named for him until 1997, when upon the 50th anniversary of his ascension to the Dodgers, New York State designated the entire route of the Interboro Parkway in his name. 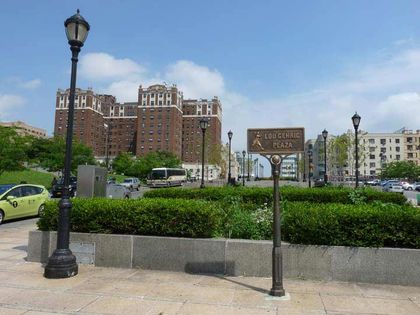 Motorists traveling on E. 161st St. wishing to avoid the intersection with the Grand Concourse can travel under a tunnel running between Gerard and Sheridan Aves. Meanwhile, the area above the tunnel between the Concourse and Walton Avenue is occupied by the newly landscaped Lou Gehrig Plaza, named for the Yankees’ legend.

Born in Yorkville, Gehrig attended Columbia University for two years until signing a contract with the Yankees in 1923. He began his streak in 1925, the year incumbent Yankees first baseman Wally Pipp supposedly had a headache one day and Yankees manager Miller Huggins put Gehrig in and he never relinquished the job. The true story is that in 1925 the Yankees were playing poorly—Babe Ruth sat out much of the year with various problems—and Huggins wanted to give the team a spark. Gehrig had come off the bench for parts of two years and was doing quite well in that role until Huggins decided to shake things up halfway into 1925.

Lou Gehrig Plaza for many years has been marked by a marvelous bronze sign showing Larrupin’ Lou taking a cut. An adjacent plaza had been named for Ruth, with a similar bronze signpost. Babe Ruth Plaza was moved to 161st St. west of Jerome Ave. when the new Yankee Stadium opened in 2009. 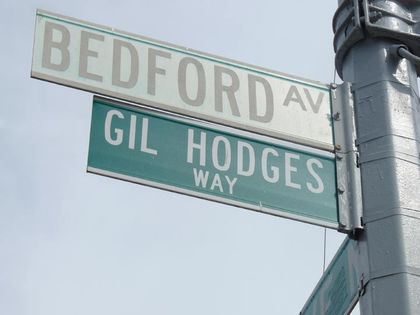 For 18 years, playing for the Brooklyn and Los Angeles Dodgers and the New York Mets, native Indianan and first baseman Gil Hodges was the epitome of silent strength, compiling 370 home runs and over 1200 runs batted in, playing impeccable defense for a Brooklyn Dodgers team that repeatedly made the World Series but only captured the ring once, in 1955. Breaking in as a catcher in 1943, Hodges saw combat in World War II, losing two seasons to the war, but hit his stride once he switched to first base. Despite making the All-Star team eight times and receiving Most Valuable Player votes nine times, Hodges isn’t in the Hall of Fame.

After his playing career ended in 1963, Hodges turned to coaching and managing, helming the Washington Senators from 1964 to 1967 and the New York Mets from 1968 until his death in April 1972 at 47, overseeing the Mets’ unlikely run to a World Series victory in 1969. Always a heavy smoker, Hodges succumbed on the golf course to a heart attack.

Hodges embraced his status as a Brooklyn transplant and maintained a residence with his family on Bedford Ave. from his Dodgers days until his death. A short stretch of Bedford Ave. between Aves. M and N in Midwood is named for him, as was the Marine Parkway Bridge connecting Flatbush Avenue with the Rockaway peninsula.