Sketching the Future of Comics

Rob Salkowitz tells us where we've been and where we're going. 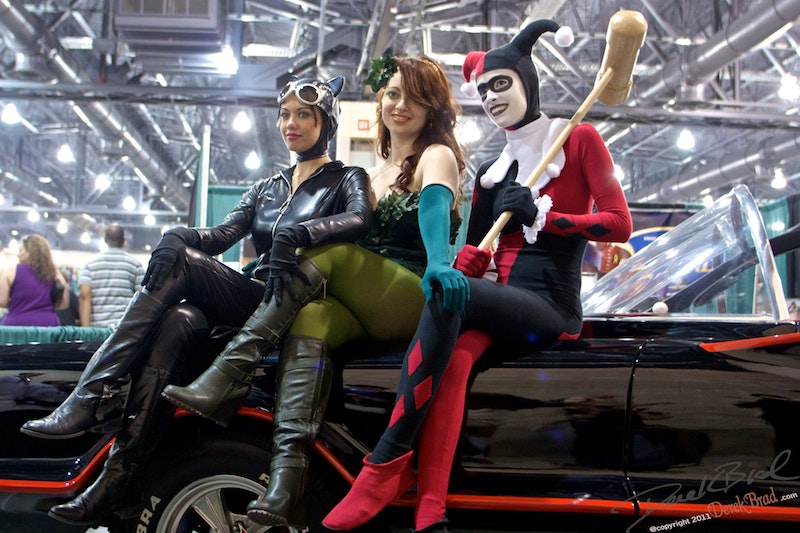 Since its founding in 1970, San Diego Comic-Con International (SDCC) has grown from a small gathering of old-school comics fans and collectors in the US Grand Hotel to an unstoppable juggernaut of media, drawing every vaguely nerdy scrap of entertainment into its vortex like some sort of black hole in a Batman costume. For five days a year, San Diego is overrun by a horde of superhero freaks, otaku, gaming junkies, cosplayers, collectors, movie buffs, aspiring artists, and the press that documents their collective experience. This is the new face of pop culture that communications and media guru Rob Salkowitz so meticulously describes in his new book, Comic-Con and the Business of Pop Culture: What the World's Wildest Trade Show Can Tell Us About the Future of Entertainment. Using his own experiences with SDCC and the 2011 show in particular as a backdrop, Salkowitz deftly illustrates where comics have been, where they've arrived, and how we can predict where they might go in the near future.

For a medium that has enjoyed such success in recent years, comics' exceptionally fragile state may come as a surprise to some. Salkowitz, an SDCC veteran and dedicated comics fan, doesn't shy away from presenting the industry's current plight: sales that were in the toilet for years have lately risen due to infusions of Hollywood publicity, but even the largest publishers—Marvel and DC—are struggling to bring in revenue with their newest books. In the meantime, creators living on the fringe and making more literary-minded comics have witnessed a resurgence in public interest (seen in the growing popularity of independent webcomics and books like Alison Bechdel's Fun Home), but is Comic-Con—or the general populace—even interested in comics anymore? Will we live to see the death of an American art form?

It's a complex issue, and Salkowitz doesn't try to make it simpler than it is; rather, he structures his book in a neat, easily-digested manner, using each phase of SDCC 2011 as a backdrop for his individual points about the past, present, and future of comics. A vocal advocate for futurism, Salkowitz believes strongly in looking to the past to find patterns and causes that can help us navigate what is yet to come. With its unique history as an alternately loved and hated medium in America and its almost hilariously unwieldy direct market system, comics' problems may seem simple at first blush, but are peculiar to the industry and require extensive contemplation. Salkowitz is happy to give history lessons so the reader can catch up, but they're presented so as not to bore those who already know the lore. By the end of “preview day” (i.e., chapter two), every reader can see from the depictions of both a messy, exciting convention fraught with pitfalls and an industry operating along parallel lines that comics might just be the future—if they can survive.

The last point of contention—the uncertain survival of an entire medium—is where Salkowitz's story may lose some readers' interest. The driving force behind the book is how we can save the comics industry as we know it, which may be of dire import if you are a really big fan of the Avengers. If you're not—if you are instead one of those people who, say, mostly reads the collected works of R. Crumb or is mainly interested in manga—then there's really no reason to care what happens to the superhero empire upon which American comics have been made famous. Salkowitz uses the phrase “critical mass” frequently (along with his favorite alternative, “peak geek”), and from his postulations, it's entirely reasonable to expect that superhero comics will die out in the next few years, having been mined to the point of death by Hollywood for storylines and preexisting fan bases. But Salkowitz also calls attention to all sorts of other possibilities: the economic and political situations in South Asia, the Middle East, and Latin America all vaguely resemble those in America during what's now know as the Golden Age of comics, so by the author's futurist reasoning, we can expect great things to come from across the oceans. Archie has mass appeal in India, and the country's dynamic startup Liquid Comics indicates that the medium will continue to thrive, even if its form is irrevocably altered.

It all comes back to nostalgia. How much do you value the old ways? Is a comic still a comic if it isn't serialized or doesn't come out every month? If it isn't printed physically, but exists only in digital form instead? There will be dramatic implications for any facet of the industry regardless of the outcome, but fans must ask how desperately they will stave off the future in order to cling to heirlooms of the past.

Salkowitz, though a classical-minded fan himself, eventually presents the reader with four polarized scenarios, each depicting wildly different version of the comics world five years down the line. He graphs each upon a set of axes and proceeds to analyze each one to within an inch of its life. Salkowitz isn’t so arrogant to claim he has the definitive answer to where the industry is headed; instead, he suggests that professionals watch for signs that the business world is moving in one direction or another, and plan accordingly. He supplements this with a set of sound strategies designed to help make the transition easier. Still, while nobody can be expected to hold all the answers, it would be helpful if Salkowitz offered his thoughts on which scenario(s) are most likely to come to pass, rather than merely ending his otherwise excellent analysis by evoking the “wait and see” attitude of an old X-Men storyline. Nevertheless, Comic-Con and the Business of Pop Culture is a must-read book for anyone interested in comics or the future of contemporary media.