The Fat Bald Guy and Me in Writing Class

Listen, he was a real douche. 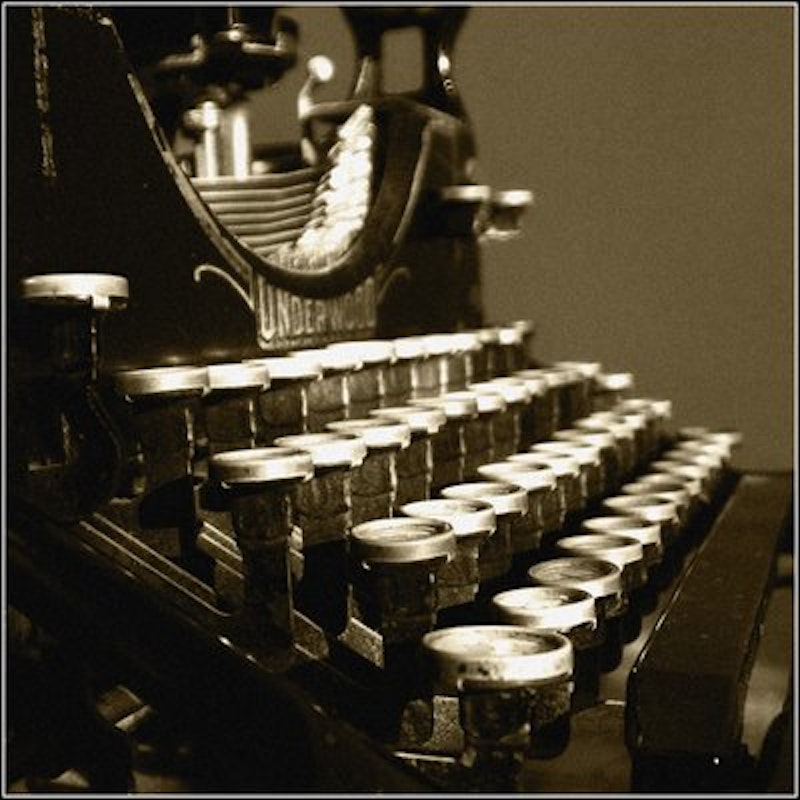 Ten years ago I took a writing class. For years and years I'd been filling up notebooks that I was too scared to show to anyone. In fact I'd been too scared even to finish a piece; the notebooks were full of odds and ends, nothing solid. But now I had a couple of stories and some chapters from a novel. I had to take the next step and let somebody read them. My therapist said I should be around people instead of alone, and collaboration was a modish idea at the time—I'd read a New Yorker article on the theme. So I signed up for an adult education class on writing fiction. I figured it was start.

My story turned out to be the first one up for discussion. People loved it. Really, they were over the moon. “This is literature,” declared the group's throaty, dramatic lady. Other students competed to recall their favorite parts.

One thing my fellow students didn't like: the story used a frame, meaning that it opened with a group of people talking and that one of these people then told the others the story in question. This old-fashioned device frightened and confused them. But I was good-humored about it. I said if it threw people off, I could drop it. After all (something I didn't have to say) the story itself was so good.

The teacher took a run at turning the story inside out so as to unearth a theme. I argued successfully that the theme was right there, no rewrite necessary. Adding to the satisfaction was that the teacher thought he could brush me back but failed. He said the theme was distrust of women and he reviewed the abundant evidence in the story. “I didn't put that there,” he said, laying down his trump card. “You did.” I expect that's a time-tested maneuver in writing classes.

I answered coolly. Yes, I certainly did feel uneasy with women, and I felt that men and women saw each other as two separate camps. But after all, I said, a theme can be present without being central. Unease between the sexes tied into my distrust of people and my sense that life is a losing game. Take them together and you had whatever my story was saying.

Then I topped myself. I said none of this really mattered so much. It turned up in the story only because, if I'm going to write a story, that's the sort of stuff you're going to find. The teacher nodded thoughtfully. To tell the truth, I extrapolated that view from a sentence in Stephen King's On Writing. But for me it holds true. Why make up a theme when you're living your own personal themes every day? Write something and they'll be there.

The class wouldn't give up. They sniffed around for some sort of highfaluting element. The title: Did it have a double meaning? Was it an allusion to…? I waved the idea aside.

Admittedly, all was not roses. I got ragged when the teacher persisted in trying to put his stamp on the piece. You know, he announced to the class, the girl probably went from man to man, overhauling them and getting their lives straightened out. No, I said. I pointed him to a passage that was there to underline how angry she was about her boyfriend. “I put that in for a reason,” I said. And: “Look, this is a very simple story.” My voice shook. The teacher subsided the way one does in the face of turbulence.

Even so, I was right and that counts for something. Hint to teachers: If you want to rewrite a student's story, read the thing at least twice and find some underlying flaw that makes a rethink necessary. Don't take the story as a launching pad for your jazz improvisation. This isn't your moment.

All right. Another flurry of congratulatory and admiring comments, and then we moved on to the next story. This was by a homely woman with heavy earrings and funny glasses. I worked with somebody like that and I expect they pop up in writing groups everywhere. This particular lady had vomited forth a novel of which we saw one chapter. The chapter attracted no enthusiasm and was criticized for some specific points that lacked plausibility. She defended herself with trembling voice.

A fat, bald, simmering man led the charge. The lady said a given point in her chapter couldn't be understood without the rest of the novel as context. Bald man (trumpeting): “This is the chapter you chose!” Then, to the table at large: “Only first chapters. I want that to be a rule.” The throaty, dramatic lady (as opposed to the earrings lady with the trembling voice) protested that she planned to use a chapter from the midpoint of her book. The bald man let the matter drop.

Class ended. The bald man sidled up to me to say I should ignore his comments about my story. Basically, he had said the frame didn't serve a purpose because it didn't highlight a theme. Now he seemed hangdog and abashed about the whole matter.

More classes followed. The throaty, dramatic woman had her chapter critiqued. It was a hit on par with my own; you could look around the table and see people beam. The teacher threw in a few caveats. The first few pages, with the passage about the ocean waves—surely that could go. The fat bald man joined in. “Oh yes,” he said.

“Oh yes,” the fat man said. He made a sweeping motion. “Part of the process,” he said. He had already told us that his latest manuscript—fifth of five, all unpublished—had been redone top to bottom so he could change it to the first person.

To tell the truth, I thought the lady's chapter had been a drag. But I guess she had something on the ball, since she and I were the only people to get a good response. Class after class, the room filled with one embarrassed silence after another. These were broken by the fat man, who launched in on aggressive critiques of the latest botched work. The teacher suggested at one point that he let somebody else talk. “But nobody else is saying anything!” the fat man said. Which was true. He just didn't figure out why: They felt bad and didn't want to put a victim on the spot.

Then, toward the end of the course, the fat man's turn came around. He'd written a novel about two lesbian pirates from the 18th century, and true to his word he'd given us the first chapter. It was dull, even now that it was in the first person (“Long and shining, her hair was”). In the silence that filled the room, the fat man described taking research photos in the English port town where the novel started. More silence rolled in after he was done.

Now I cleared my throat. A few suggestions, I said. For example, here on page five…

The fat man flared up. He battled me. He poured scorn over my head. Having the narrator take time out to tell readers how much she respected the working man, in this case her jailor—what could be wrong with that? What objection could I have?

I stumbled on to my next point. Why have a page about the jailer when the narrator spends it talking about what a nonentity he is? The fat man launched into a speech. “If you think it is irrelevant,” he said, “for her to discuss the man who holds the keys to her freedom, who decides when and what she eats, who occupies the central,” and so on.

Halfway through I saw his error and waited for my chance. He finished and I said, “Well, it's too bad none of that's in there.” A lie about “too bad,” but whatever. “Because,” I continued, “what you have is a long paragraph about how she's indifferent to somebody.”

Believe it or not, but I have always remembered the wording of that sentence. Every now and then I replay the scene and it gives me satisfaction. But even before I said the words, the man's face had crumpled. It happened with “none of that's in there.” I suppose he saw how calm I looked and that was enough to do the job. At any rate, his hands bunched together on the table's edge and his face bunched up too. He looked like he wanted to hide. He was cringing.

The teacher broke in to move things along. Looking back I wish I had taken the chance for a few kicks at the fat man's head. Perhaps a small remark on politeness or a pointed question, like so: “If this is so good, how come nobody likes reading it?” But it's not in my nature to go for the kill. When the fat man crumpled like that, I was the last person in the class to understand what was happening.

Finally the course came to an end. “He has such a precious gift,” the throaty lady said to the teacher. She was talking about me, and I made a fool of myself making a semi-pass at her.

The teacher promised to look over a chapter from my own novel-in-progress, something he never did. The fat man, all beefs forgotten, invited me to join a writers group he was starting. Stupidly I agreed; it lasted a few months.

I expect that collaboration is no longer as hot as it was a decade ago; looking back, it seems like a reheated, upper-middlebrow version of Togetherness, that old shibboleth from the 1950s. And I'm certain that neither the fat man nor the throaty lady nor the earrings lady ever published their novels. I know I haven't finished mine.

I haven't even published the story everybody liked. But a few years after the class, I did sit down and look at the story and re-do the frame. Everybody in the class had wanted me to get rid of it. I didn't have to. Instead I went through it sentence by sentence and adjusted matters so that the preciousness was reduced and the feelings stood out more. But I wouldn't have done that if they hadn't told me how much they disliked the thing.

So all in all, I think the class was worthwhile.