We answered his cries for help. 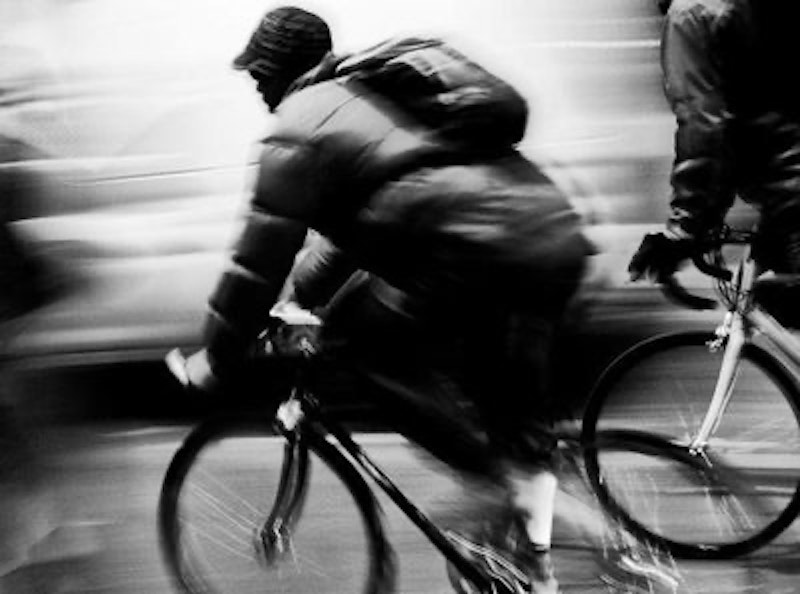 I’d be lying if I said our lovely, mostly peaceful Greene Ave. block, between Broadway and Bushwick Ave., did not suffer the occasional flare-up of brutality or criminality. I tell the story of the time a grown-ass man with a phablet tried to mug me for my pizza, or that snowy school day when I nodded hello to passing teens only to be socked in the back of the head by a fist that thankfully lacked force. Other stories, not mine, are far scarier. All the neighbors share frozenly the tragedy of a young woman who was raped and bludgeoned around three a.m., between Goodwin Place and Broadway, by a sick bastard the cops later arrested. Two of our neighbors discussed the time gang members went mad busting out the windows of all the cars on the block, stealing anything inside them. NYPD disrupted this criminal enterprise by leaving valuables in a desirable car that they bugged with a tracking device. The bad guys stole the bait and met their demise: 65 years each in prison, because they matched the men caught on the street’s cameras breaking into cars.

Now my life has been stressful because of a different kind of crime. My landlord and super harass me with the cheapest possible buyout offers, because the investors want to flip my rent-stabilized building and push a bunch of families, longtime, low-income residents, and me out of Bushwick. I’d been walking Maria Hernandez Park with Margo, constantly weighing the pros and cons of putting up a fight against them to hang on to the neighborhood I’ve grown to love. My chest felt knotted, and waves of depression pained me with a headache. Even with lawyers I wondered what chance I stood against such cutthroat businessmen. In addition to talking with Margo, I thought the best solution would be to consult my mom. After our walk, around 10 p.m., I called her from inside my car, parked in front of my building’s door. I was unwilling to have the conversation in the building for fear they might have rigged the place with recording devices. Not the case at all, my neighbor later clarified. The cameras capture visuals only. Margo sat with me in the car when my mom picked up the phone.

“I pray for you and hope you make the right decision,” my mom consoled me. “If the guys are businessmen and they have money on the line, they’re going to want to take control of the building and get what they want out of it.”

“I know. I might want to come back to Baltimore or another cheaper city. But I’m going to feel defeated like I got pushed out of New York. Also if they buy me out, it’s going to cost me the Times Square job that I worked hard to get, that pays me twice as much as my other job.” Sotto voce, Margo shared insights that I repeated to my mom. While we were deliberating on the controversy I watched a helmeted food delivery guy pull up on his bicycle on the passenger side of my car. With his two stuffed, smiley-faced bags he seemed a bit confused or spooked. He rotated to take in the dark surroundings and locate his customer’s address. Young woodworking artists were sawing and chipping away at projects in a lit-up garage studio across the street. The guy was not delivering to them. I lost sight of him.

My mom’s voice and my own all of a sudden competed with a loud half-human, half-cow’s repetitious moaning that sounded like, “Aaaalp! H’aaaalp! Aaaalp! H’aaaal!” I tensed up. Margo turned to see more through the car’s rear windshield. Before I could say anything she had unlocked her door. She ran out. “I got to go, mom! Someone is hurt. I’ll call you back.” I imagined someone had been hit by a car.

“Hey!” Margo hollered like she was trying to scare a vicious dog off a person’s arm. I got out of the Scion and saw the bike crashed on the sidewalk. The delivery guy lay on his back with no bags, holding his helmet. He got up and brushed himself off. “What did they do to you?” Margo asked the man. “Did they hit you? Did they rob you?” The little, somewhat pathetic delivery guy pointed to the broken wooden chair I’d put out in the trash yesterday. The handyman had left it on the black bags for pickup. “Chair,” the guy uttered shamefacedly. “Two teens hit him with the chair and sprinted down Goodwin,” Margo determined. The delivery guy shifted his weight from leg to leg. I walked up to him. He looked to us for answers but was overwhelmed by the attention of all the witnesses—at least five people bombarding him with questions or sharing what they saw. It confused the hell out of him. He did his best to communicate but couldn’t break free of the urgency his job demanded. He said he had to make his deliveries pronto. He was shaky. He held in both hands a folded paper with the logo and phone number for the trendy delivery service that employed him, GrubHub. He also had the number of his customer. “Did they take your money?” Margo asked. “Just food, delivery.” The guy’s English was limited. Questions registered slowly or incompletely.

My neighbor, who lives on the ground floor, a stout, older guy in a jacket and baseball cap, waddled in from across the street. “It was two teenagers. Young guys. Seen ’em dart off. They mugged him.” The delivery guy looked defeated. It would’ve been taxing for him to call 911. I felt it was my duty. I was in a Good Samaritan mood. I dialed and got the dispatcher. Another neighbor Drake came out on the steps to smoke. He asked Margo, “Is he calling the police? What happened? Something with the super?” She explained that I was reporting the bizarre mugging of the food delivery guy. “Oh! Yeah, that’s good,” he agreed.

The dispatcher demanded the details, wanted to know where the perps were now, what they were wearing, age, race, how badly they’d hurt the victim and what they’d taken. One of the woodworking artists was a witness. “Two kids. I saw one dude had on a white hooded sweatshirt and a red backpack.” Then the dispatcher asked me to describe the victim, his whereabouts and condition. Was he in any pain? Did he have injuries? His name, race, physical description. I said I believe he might be South Asian, not sure, and explained that we couldn’t get much out of him due to his limited proficiency. But the delivery guy spoke what he could and was helpful when I had the dispatcher on the phone. He agreed with the witnesses that the guys were teens, about 15 to 17. He shook his head when I asked him the dispatcher’s question, if he was in pain. He smirked, “No, none of that. I not.”

“Wait there with him,” the dispatcher wrapped up. “A police car already in the area is on the way now. Will you be able to give the report? Don’t let him leave either.”

That’s when Margo, my chubby neighbor Lou, Drake and I huddled with the guy to wait on the cops. I looked up and down the block, the slightest bit scared that the muggers might come back for round two. Delivery guy was antsy. “He says he has to make another delivery,” Margo said. The guy clutched his handlebars and moved toward me with the folded paper. “Buddy, don’t leave. Not yet. Got to wait for the police. They gonna ask you questions about it,” Lou advised. I agreed. “Yeah, that’s the protocol.” But the delivery guy tried to push the paper in my hand. “You call number. Is my job. They know me.” Drake lamented, “That’s so shitty. He’s worried that his crappy job might fire him.” Still no cops. Creeping off, the guy first walked his bike and then mounted it by my car and took off toward Bushwick Ave., stopping a few seconds at the crosswalk. I yelled, “Come back!”

A car of New York’s finest rolled up seconds later and the dispatcher had me back on the line. Our crew of witnesses surrounded the open window of police car and shared the story of the chair. “Jesus! Like one of those bike delivery guys?” the bald officer asked. “Where’d he go? We got to go catch up with him.” They sped off. I called my mom to clue her in but then had to hang up because a second cop car pulled up and the dispatcher was buzzing me again. “We told the guy to wait but he biked off to make a delivery. He got mugged for the food.” The officers thanked us and drove in the direction we gave them.

Margo, Lou, Drake and I talked for half an hour after that. Lou shared, “You should’ve seen it. I’ll never forget. One time it was a Chinese food delivery guy on an electric bike who pulled up here to make a delivery and young thugs attempted to rob him. My man starts doing some serious martial arts in the street with the guys, and then next thing I see one of the thugs running back crying with a big softball bulging eye. Shit was sick, I tell ya.” Right then delivery guy calmly returned, walking his bike by us like nothing ever happened, his handlebars dangling two fresh bags of food. “Buddy, them cops was looking for you. Did they catch up with you?” Lou asked. The guy acted unknowing. “What?” He kept walking. Then he checked his phone and looked around for where to deliver, right by the chair that had bashed him upside the head. Lou had to tell him where to deliver. A frat-boyish guy stepped outside his door two houses up from our building. The delivery guy met the frat-boy at the gate and handed him the bags. No argument, apology or tip. Then the sad delivery guy came past us again, mounted and biked off into oblivion. Our conversation turned next to the problematic building super and the evil new owners. Then we all got bored and cold and went inside.