Dead Birds in the Apple Store 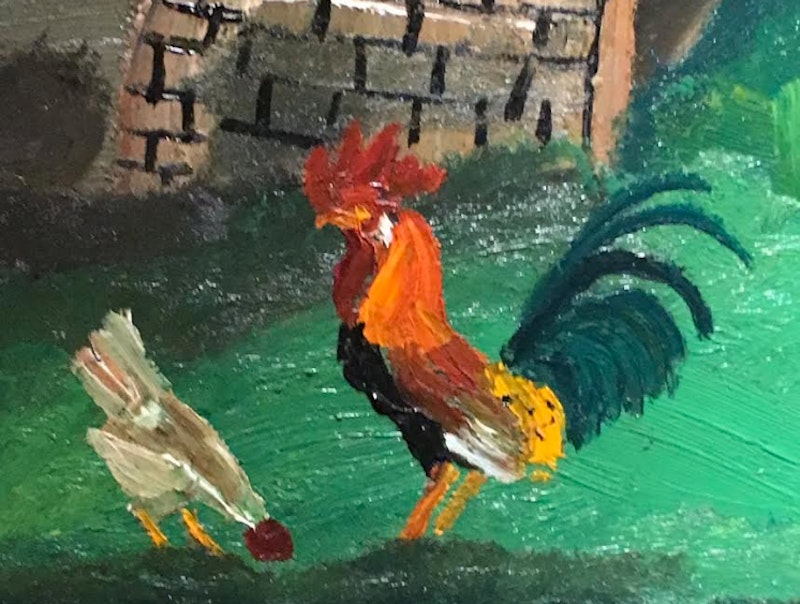 The flight home was nothing but the food in Italy was awful. I’m on the paleo diet and it’s just impossible over there. Following around my subject (Nicky Smith) every day and night and trying to get anything other than bread and garbage pizza was making me sick. I sort of dropped the ball on research for my novel, because after I accosted him in his room on the third day, I was stuck spilling my guts outside while he sat on a bidet of his own. I figured I’d gotten enough angst and trauma out of him for now and would pick up when I got back stateside. This time in the plane cargo, it was just a monkey and me. He’d escaped a zoo and was going back to America to get revenge on the hunter that killed his family and tried to imprison him. He smoked cigarettes in the hull, which made me nervous. “I’ll start with his eyes,” he said, “then work my way across the rest of his face—taking my time. I don’t want him to die. I just want him to suffer.” He took a drag off five cigarettes at once and exhaled into the pitch-black ice-cold holding bay, the cherries our only light. “Don’t lose sight of your family. Don’t look around, and don’t let them get away.”

I thanked him for his time and insisted we get dinner sometime but I’m pretty sure that’s never happening. I doubt he’s still alive even if his torture porn fantasy came true. I laid low for Smith’s first couple of days back home, eager to see my wife and let her know where I was. I forgot to tell her I was going to Rome but she didn’t seem to mind, in fact she let me sleep in the bed all by myself while she slept at a friend’s house. R-E-S-P-E-C-T. I got up early on Saturday and followed my subject and his girlfriend to the Apple Store, where they got breakfast and sat by the window. I was standing outside when I saw my old friend Ronnie Dove fly by, but I couldn’t even make out a “Hey man” before he smashed headfirst into the glass window right before my subject. Ronnie owed me money, so I check his wallet real quick was no one was looking, took a few bucks, and ran inside. My subject was laughing at this absurd situation and the dumb bird, being such a disrespectful bigot.

The employees got out a broom and pan and went out to collect my old friend and throw him into an alleyway, but a very brave man stood up and insisted that no, he might still be alive. So beautiful, if delusional: I saw it, the bird’s neck was broken, he was fucked. But this guy—plaid, man-bun, big grandma glasses—was on the verge of tears, begging the employees not to throw the bird away. He went outside, bent beside my friend, and applied CPR in front of the thoroughly freaked employees. My subject was gawking and it was then I realized I hated him. The bearded man went to stand by his car, smoked a cigarette, clearly anguished, and then he took a shoebox out of his car and brought the dead bird into the store, and at that point my subject and his girlfriend left, giggling, then cackling down the block, mocking this man’s empathy. I scoffed and spit and spur-clawed a stranger just because I was so mad, and I couldn’t go home. I had to follow them home and do stuff to them. They’ll learn not to value one life over another.