Sal Against the World

If people wanted to social-distance, that was up to them. 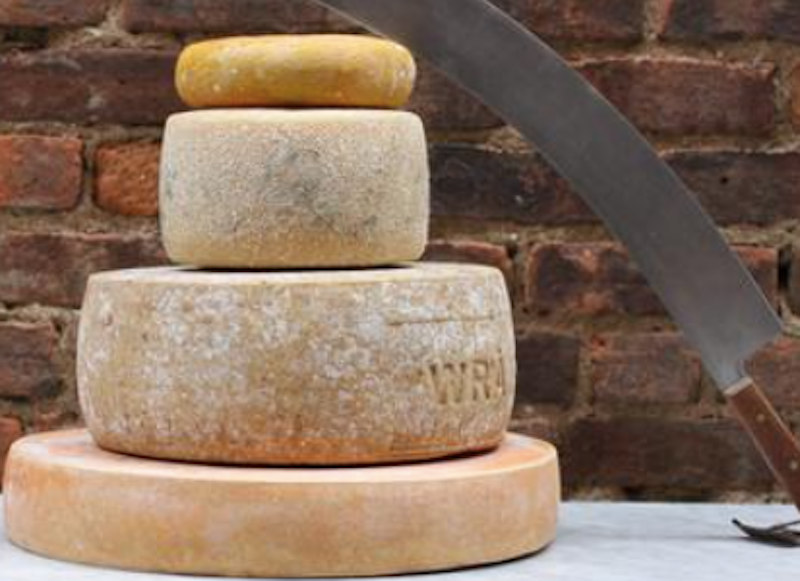 As part of the over-60 crowd, I was quick to social-distance. Back in March, at the start of the vogue, I went to Sal with a special request. Sal has the cheese shop in the town where I live, and because this shop is part of my life and Sal’s a kind of friend, I wanted to support him through the crisis with my continued patronage. But how do you shop in a tiny space whose owner dismisses the virus as a hoax and refuses to make concessions of any kind to public safety? For instance, take the window signs merchants had started putting up enjoining social-distance rules inside their stores. Sal had no such sign in his window and no intention of falling in line. If people wanted to social-distance, that was up to them. Everyone could do as they damn well pleased.

My plan, my wish, was simple enough. Instead of having to go inside and wait in line to give my order—my unfailing, 20-year cheese shop routine—I wanted to call my order in and pick it up at the door. I didn’t expect Sal or Elsa to meet me at the door with it. My thought was that he could leave it up by the front window, near where he puts out his basket of baguettes. True, I’d still have to cross the threshold, but only for a second, and with just one foot.

Sal only groused when I told him my proposal. Listen, he said after hearing me out, every hour of the day now a different customer was coming around and motioning through the door to him, afraid to come in. “I don’t serve them,” he said with finality, shaking his head and making a face. I took his words as an oblique warning of what to expect personally if I continued to harbor thoughts of playing similar tricks with him.

I kept my distance from the shop after that, when out for my daily stroll into town. Beechwood Cigars, which carries the Times, is one of my regular stops on these walks. To get there I normally pass by Sal’s, but now I took the long way around—straight up Maple, right on Springfield, and right again on Beechwood Rd. Beechwood here is one block long and lined on either side with stores. On the left, toward the end, is the poky little cigar shop.

Try as I might, I couldn’t avoid him; our downtown is small. A few days into my altered route, on starting down Beechwood, I saw at the far end of the block in front of the closed Starbucks, two men in conversation, one of whom was Sal. (The other guy, a burly fellow I’d never laid eyes on, I took for one of Sal’s legions of customers.) They were standing only inches apart. (What coronavirus?) I thought of doing an about-face and heading back the way I’d come, but I didn’t want to leave without getting my Times. I crossed the street without delay and pressed on from there, the whole time keeping an eye on Sal.

Alas, my timing couldn’t have been worse. After leaving his friend at the corner, Sal crossed to my side and the two of us converged on the smoke shop at once. I had no choice but to say hello, to stop and ask him what was new.

“What’s new?” he repeated in his feisty way. He sounded almost merry. “I had this guy from Sweden come in. A big, tall, strapping guy. ‘What is it with you Americans?’ he says. ‘Have you all lost your minds? Everyone’s hiding, cowering in their home.’ He wanted a picture of me and Elsa standing in front of the shop. Then Elsa took a picture of me and him in front of the stop.” Sal chuckled wistfully at the memory of this kindred soul.

“Oh, and you’ll like this,” he continued. “The other day this woman calls in with a $135 order. She wants me to bring it out to her; okay, I bring it out to her. She’s in her car, she’s double-parked. She pops the trunk, I put it in. Then she hands me $200 through the window and tells me to keep it. I say to her, ‘What am I, a charity case?’ I try to give her back the change, and she throws it right back. I try again, and she throws it back. This goes on for a while, right? I throw it at her, she throws it at me; back and forth; she won’t give up. So, finally I take it. A $65 tip. How about that for a thank-you gesture?”

I could only marvel at this unknown woman who wouldn’t take no from the redoubtable Sal.

With me at least, Sal was standing six feet apart. “I’m about to go in for a paper,” I told him.

His unexpected solicitude caught me surprise. But Sal, who’s pushing 70, has a couple of years on me, and I found his ostensibly kind offer somewhat humiliating, as if my condition were less than robust.

“I’ll be all right. Have you seen the sign? Only one customer allowed at a time.”

“I want to get out of this fucking place. We’re thinking of moving to Pennsylvania.”

I saw before me our lovely cheese store, transferred whole to redneck country. I felt a pang at the thought of its going, never to return.

Sal had one more thing to tell me before heading back to his shop.

“Elsie’s looking to buy a gun. The time is ripe for looters.”

I saw in my mind’s eye a huge wheel of ripened cheese going out the shop door amid shards of broken glass. And there in pursuit, gun in hand, her blue apron wrapped around her, was Sal’s wife taking dead aim at the thief.

Yes, his mood had definitely darkened. I went my separate way up Beechwood and hadn’t quite reached my turning when I heard well back of me a voice shouting angrily. You rarely hear any kind of commotion in our streets. With a tingle of excitement, I stopped and turned.

A man was standing in the middle of the crosswalk at the far end of the street. His back was to me, but I recognized Sal’s black jacket; and then I realized he was the one ranting. And now I could hear his actual words, lifted to the skies with a piercing fury.

And now I saw the instigator. A red Jeep Wrangler was slowly plying the traffic circle that fronts our train station. The driver of the vehicle, I could only assume, had cut Sal off in the middle of the intersection.

While Sal was busy screaming his boasts of taking down the license number, he made the broad actions of doing just that. He lifted his Post up high like a writing pad and furiously worked his elbow and shoulder. As I stood there watching his performance from afar, I remembered the time he put up a door sign warning vandals to beware of the camera.

It was all a bluff—there was no camera—who had money to buy a camera?—but it put an end to the spate of stickers plastered on his display window by some animal-rightist who didn’t like his cheese store. Scraping those stickers off had been a real pain.

As I watched him now, I knew he was bluffing; that it was all a big charade. He wasn’t writing anything down on his newspaper; he probably didn’t even have a pen in his hand. But as for the villainous driver of the vehicle, unless he knew my friend like I did, he couldn’t know for certain his boasts weren’t true. Sal had given him something to think about.