I'll give you almost anything, but don’t tell me I need to give you hundreds of hours of my time. 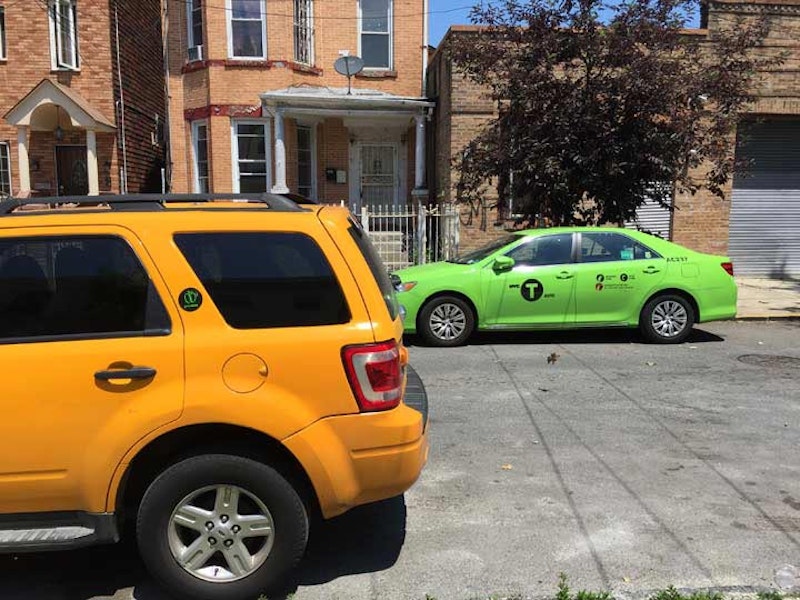 I have to make an admission that’ll endear me to some and alienate just as many. I consider myself unselfish in every aspect but one. After six weeks of the lockdown, I still don’t care I have nothing important scheduled. Just a Zoom or an Instagram here and there. I enjoy freedom from obligations: I’ve never been married, no children, no pets, and I’ve always worked for the money, not through any true passion for the work itself. I see work as a means to fund what I like to do best: rove around with the camera and take pictures of infrastructure. I’ll give you money, clothing, furniture, food, but don’t tell me I need to give you hundreds of hours of my time. I know people who have to be doing something every night of the week, or they risk dropping into a depression: fear of missing. What I have is fear of obligations.

I do miss those mile-long walks, puttering around heavily populated inner-city areas, bleak industrial areas, and even suburban locales, looking for either good photo opportunities or traces of the past. I’m keenly aware of being a survivor at age 62. I feel a kinship with inanimate objects that have lasted for decades primarily because they’re unnoticed. What follows is a mixed bag of some favorite images I’ve captured when I could safely still move about.

On a recent walk in East New York near the Brooklyn-Queens city line on McKinley Ave., I happened upon two city cabs in yellow and lime green parked across the street from each other and I thought it was too good a picture to pass up. It looks to me like two different flavors of frozen ice. Though yellow has been the color of NYC cabs going back decades to the Checkers, green cabs were created by the Taxi and Limousine Commission in 2013 for specific use in the “outer boroughs” where customers found it very difficult to find yellow cabs, much less hail them. NYC yellow and green cabs, as well as other car services, have had some of their business compromised by other services such as Uber and Lyft in recent years.

McKinley Ave. is an east-west street in Cypress Hills, the easternmost section of East New York, running from Conduit Blvd. east to Forbell St., where it becomes 97th Ave. upon crossing over into Woodhaven, Queens. It’s interrupted somewhat at Autumn Ave., where there’s about a football field’s length between its two sections. The street was named for President William McKinley. 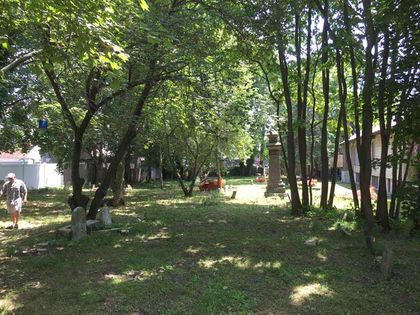 On that same walk, I stopped off at the Wyckoff-Snediker Cemetery. It’s behind St. Matthew’s Episcopal-Anglican Church on 96th St. opposite 86th Ave. in Woodhaven, handsomely constructed of ashlar, from most accounts in 1901, though a cornerstone says 1927.

The cemetery is inaccessible to the public as a rule, but ringing the bell at the church’s parsonage may earn you a look inside. The Dutch Colonial Wyckoff and Snediker families had farms in the region and donated equal amounts of their properties to be used as a burial ground for local residents. Most of the over 130 gravestones (only a few dozen survive) were from the early- to mid-1800s, but you’ll find a couple of inscriptions from the 1700s, as well. I’ll have a number of photos from this cemetery when I complete my overall East New York to Maspeth chronicle, which will describe what I found on the length of this walk. The Lotts are especially prominent, as well as the Elderts and Suydams. The Woodhaven Historical Society has done yeoman’s work in making the burial ground, once engulfed by weeds, more presentable in recent years.

This is a Woodhaven enclave formerly known as Brooklyn Manor, named by developers hoping to attract homeowners in the bordering borough. A LIRR station serving the region closed in 1962. 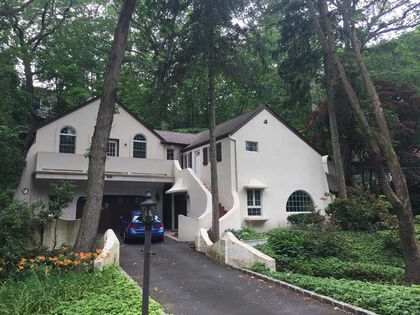 To get to and from work on occasion when I worked in Port Washington, I’d walk through the heart of Baxter Estates, a suburban development near the heart of town.

The first home in what is now the Estates was built in 1673 by John Betts and Robert Hutchings; they sold the land to Oliver Baxter in 1743, who constructed the current house on Shore Rd. and Central Dr. that had been expanded by the Baxter family in 1913. The Baxters were shipbuilders, sea captains, whalers, and blacksmiths. Before the white man, Native Americans retained a settlement here; during the Revolution, Hessian troops were billeted in the house. In 1895 it was Port Washington’s first library.

Unfortunately, the Baxter House fell on hard times in the 2010s when its owner failed to maintain or reside in it; papers had been filed to permit its demolition. On February 5th a blaze swept through, and the stood in a blackened condition, a monument to neglect, before it was finally razed. Nothing has been built on the property since. The rest of the Estates, though, retain an almost ethereal elegance; driveways are bridged over a stream that empties into Manhasset Bay. 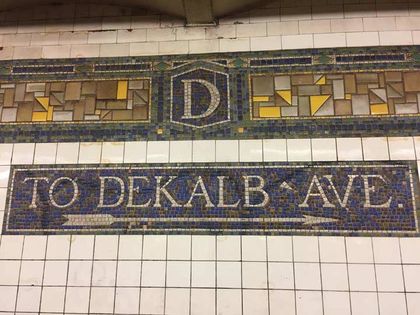 There are two DeKalb Ave. BMT stations in Brooklyn. The first one is at DeKalb Ave. and the Flatbush Ave. Extension, serving Q and R trains with a transfer to the D train at the Atlantic Ave. station, constructed in 1915 to serve the 4th Ave. Line. The other one, shown here, is on the Canarsie Line and opened in December 1928 along with other southern stations on the line. It was the last gasp of the mosaic Arts and crafts style signage; new stations that opened after this on the Independent Subway boasted a more austere Machine Age design.

DeKalb Ave. was named for Johann von Robais, Baron de Kalb, a Bavarian-French military officer who fought on the American side during the Revolutionary War. He was present at Valley Forge during the winter of 1777-1778 and perished at the Battle of Camden, NJ. 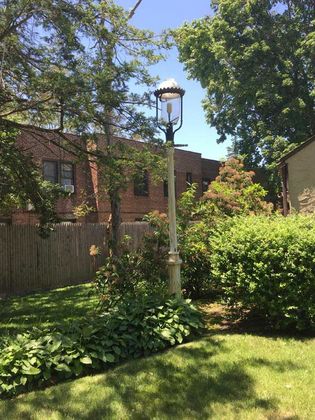 This gaslamp, which may or may not have once lit NYC streets, can be found on 41st Dr. near Westmoreland St. in Little Neck, near where I live.

There’s an inscription at the bottom of the lamp and using my zoom feature I was able to recognize two words: “Drummond” and “Broadway”; since this is a private lawn I didn’t want to enter the property. There’s a Drummond in lamp history, as Captain Thomas Drummond invented the limelight, which employs calcium oxide, or lime, giving off an intense white light that has been used for stage lighting (hence the phrase “in the limelight.”) I don’t know if it has any relevance here, however.

Was this once a NYC streetlamp? There’s no way to tell, but it looks like lamps used over a century ago.