Invasion of the Molecules

Mother Nature is trying to kill us. 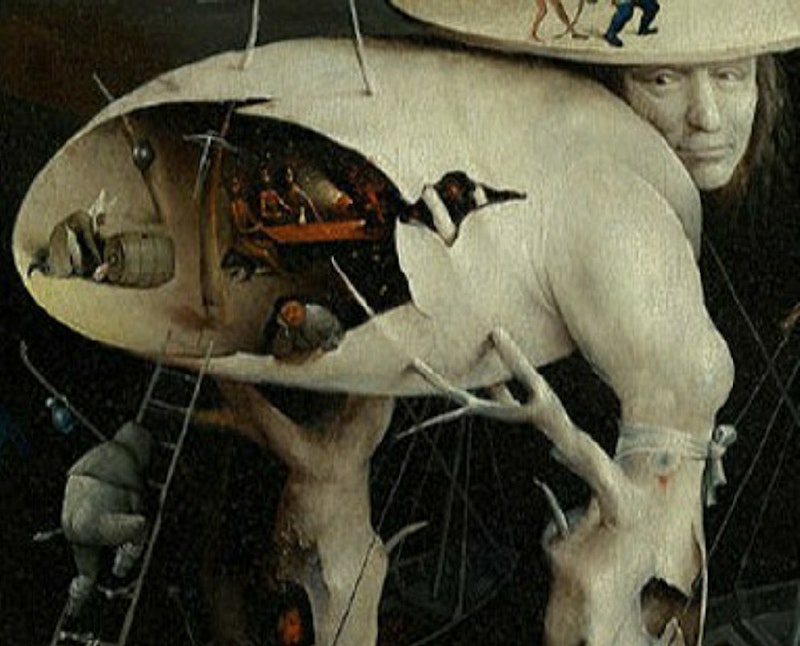 Everything in the universe is made of atoms. And in order to make the universe work, atoms gather together to become molecules.

Here on our planet, Mother Nature has been busily building atoms into molecules for over four billion years. Everything: water, farts, Cardi B's sound waves, adorable cats, Redwood trees, homo sapiens, memories in our brains, the very words you're reading, even... Gwyneth Paltrow's Goop products. Everything. Molecules all.

Dogs live in a world of odorant molecules, but molecules are non-existent to our senses. Measuring in billionths of a meter, molecules can only be seen under special microscopy:

Mother Nature organized atoms into molecules to create and drive all life. As an example, the molecule ATP supplies our energy. A single cell in your body uses up 10 million of these every second to keep you alive. Your body burns through impossible to imagine 100 million trillion ATP molecules per second. No worries, dear Mother Nature has artfully designed ATP to regenerate itself in a creation-destruction-recreation loop to keep you going until one day...

Mother Nature has a great brand: benevolent, arty, peaceful, inspiring, perfect in every way, awesome. Don't be fooled. A vicious, ruthless, sardonic practical joker, she has all the dead emotion of a shark's unblinking eye. Mother Nature's molecules will eventually kill all of us.

When not creating and nurturing life, Mother Nature periodically likes to cull the homo sapienherd en masse. She builds molecules that make pathogens—lethal bacteria or viruses. She has slaughtered humans in pandemics since time immemorial: smallpox, the plague, cholera, tuberculosis, measles, yellow fever, anthrax, polio, and "Spanish" flu have been her greatest hits. Her most recent inventions include HIV, SARS, MERS, H1N1, Zika, Ebola and West Nile. Smallpox has been her all time champ, killing an estimated one billion since it arose, probably when humans first domesticated animals. A 5000-year-old Egyptian mummy has revealed that even the royal 1 percent were not immune from smallpox.

Always tinkering, Mother Nature is a crafty molecular engineer sure to produce more in the future. Playing chess with herself, she creates and promotes life but paradoxically always builds a fatal chink into the very same system she gave life to.

Like a cat bored with tormenting a dying mouse, Mother Nature eventually tires of her pandemics and moves on as humans desperately build molecules to treat the resultant disease or grow antibodies to neutralize the pathogens. Then the killer molecules run out of hosts and go into retirement, perhaps waiting for the perfect time to come back. A 30,000-year-old virus extracted from Siberian permafrost was revived to infect cells. An oral herpes virus has been around for six million years among primates, way before humans existed. The infamous Black Death plague of 1347 is still among us; the bacteria is carried by rodents in the Southwest and recent outbreaks in Madagascar featured the dreaded airborne version.

Treatments for bacteria are generally an easy fix for modern day homo sapiens. It's viruses that are morbidly fascinating—unlike bacteria, viruses are not alive.

No one knows how many viruses exist, but they’re in every living thing from microbes to plants to humans to whales. Most are crucial for life, or benevolent, or harmless. Viruses have been around forever, the earliest discovered are over 300 million years old. New ones are found all the time, with an estimated hundreds of millions of different types.

There are 219 virus species known to be able to cause human disease. The first discovered in 1901 was yellow fever virus, the cause of many recurrent epidemics in the Western world after it was brought in by the African slave trade. An 1822 yellow fever epidemic in New York led to a real estate boom as rich people escaped to the fresh country air of an area now known as Greenwich Village.

A collection of molecules, pathogenic viruses get inside your body and—in a horror movie scenario—invade host living cells and take them over. They feast on your cells to replicate by the millions. Then they erupt out of you, looking for the next victim.

Humanity was able to dodge the 2003 SARS (severe acute respiratory syndrome)  pandemic through quick action; it sickened 8000 and killed 774. Perhaps disappointed by the low numbers, Mother Nature went back to the lab and cooked up the current unpleasantness.

Like a software update, she used 80 percent of the 2003 SARS and created a sequel: SARS-CoV-2, the virus that causes the disease COVID-19. At 1000 times smaller than the size of the cell it invades, some 100 million could fit on the head of pin. It's a cunning modification that maximizes lethality and efficient distribution, making it 10 times more proficient an assassin.

Mother Nature used some lesser mammal—bat? pangolin?—as her workshop and it was just a matter of time before the particles jumped between species to homo sapiens at some market or food hall.

In a clever design, the new pathogen features a cozy molecular outer coat with inside bubble as a shelter for a work crew of 29 molecules arriving in each genome. The virus particles go to work when they're blown onto the mucus layer of an airway. Tens of thousands are needed to infect a person.

A diabolical engineer, Mother Nature designed protruding spike molecules as the first line of attack. Camouflaged as harmless sugar to fool your cells, they grab hold and pierce the host cell wall. It then invades your cells and uses them to reproduce. The virus becomes us.

Once inside your cell, specialized molecules unroll the genome and the molecule work gang pops out, eager to get to work. Your cell sends a 911 to the antiviral police for help, but a SARS-CoV-2 worker blocks the signals. Meanwhile a fellow worker molecule builds shelters and factory bubbles for new viruses. In these hidey-holes a molecule makes new genome copies and, in a key development, proofreads them to correct errors so that virus duplicates remain deadly.

Maliciously crafty, Mother Nature designed the entire operation with a molecular camouflage. Good guy antiviral police can't find the rampaging virus hordes hiding under an invisibility cloak. Finishing up, a janitor virus molecule removes leftover material and even tells your cell to commit suicide. And, bingo, a flood of newly manufactured SARS-CoV-2 viruses is unleashed to erupt from a cough or sneeze to find another host, or to just briefly hang around on a surface waiting to get picked up.

All this happens at warp speed. In a few hours a single particle can copy itself 10,000 times, and an infected person can be hosting hundreds of millions of viral particles in every teaspoon of blood.

Meanwhile, in a devilish twist, your body has sent armies of antiviral cells to do battle by releasing molecules called cytokines. But in the fog of war, they produce a frenzy of overreaction causing hellish fevers and the possible shutdown of multiple organs. These "cytokine storms" are often fatal, particularly among older people. So if the virus doesn't kill you, the friendly fire of your own cells' reaction to the invasion will.

Much of what SARS-CoV-2 molecules do to the human body is unknown. Unexplained reports of hypoxia, intestinal invasion, strokes and kidney failure are pouring in. Like a blindfolded person in a dark room, scientists are feeling their way through the molecular world of the new virus. As Carl Sagan wrote: "Nature is always more subtle, more intricate, more elegant than what we are able to imagine."

In a molecular daisy chain, Mother Nature created the human brain and that brain eventually allowed tinkering humans to make new molecules like bronze as far as 5000 years ago. And since 1944 humans even went on to make new atoms. These days, humans are deep into the molecular bioengineering era—creating cells, engineering bacteria, even growing tiny brain-like clusters of neurons in a petri dish.

Man making molecules is so common that corporations patent them for profit. There's even a beauty pageant of sorts with a Molecule of the Year award.

There’s no separation of “man” and “nature.” Using chemistry, biology and physics, she and her molecules are always in control. "Mother Nature always bats last,” says Robert Watson, a specialist in environmental construction. “And she always bats 1.000.”

Mother Nature is a paradox wrapped in a contradiction: she made the molecules that are graceful gazelles, as well as the hyenas that rip them apart. She’s a wildflower meadow shimmering with color that is infested with ticks that can carry seven different diseases.

At an invisible to see 120 nanometers in diameter, SARS-CoV-2 has brought massive global human social structures to their knees in a matter of months. Mother Nature's tiny molecules have bitch-slapped homo sapiens around to remind them who's really in charge.

It's all part of the magnificent, horrifying pageant of Mother Nature as she stares at us with a blank, profound indifference.