We exchanged an awkward parting salute. 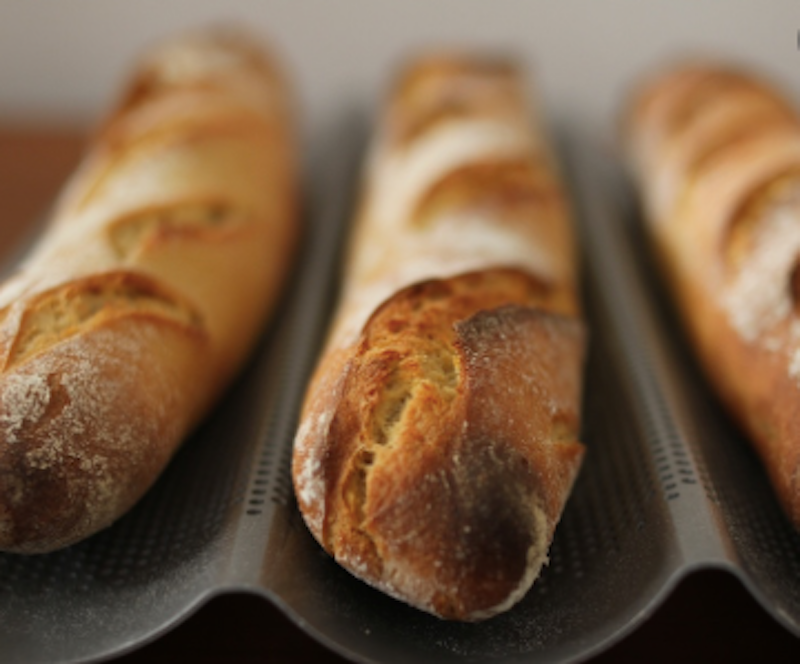 As one of Sal’s regulars, I wanted to stick by him. Sal has the cheese shop in the town where I live, and during this period of enforced isolation when so many stores have had to close, Sal remains defiantly open. His defiance is rooted in Trumpian zeal. He thinks—or at least he did on March 12, when we met on the street and he gave me an earful—that the liberal press is overjoyed at the coming of the virus to Trump’s America. “Fuck the Left,” he said to me in full knowledge of who I am—a by-the-book liberal who voted for Hillary.

We’ve known each other for 20 years. One Sunday afternoon in happier times, bearing a tin of homemade cookies, I visited Sal and his wife at their home—only the second customer to do so, as he shyly confided to me at the time. For 20 years I’ve been getting the same delicious meatless sandwich from Sal—the No. 4 on a fresh baguette, cut in half slantwise. Once, after bringing the sandwich home with me and eating it—after having gone a few months without missing it—I called Sal at the shop and said, “How many times have I ordered the No. 4, Sal? Six hundred, 700 times over the years? Well, I just wanted you to know that is one great sandwich. The balsamic vinegar, the sautéed spinach, the roasted tomato, the grated parmesan. Never change the formula. It can’t be improved on.” I mention these things to provide some context to a complicated relationship.

I wanted to do my part for Sal during the coming crisis, but I had a favor to ask in return. My wife and I fall within the most endangered age-group affected by the coronavirus—we’re both in our 60s. On top of that, Jean has a compromised immune system, which means she has to be doubly careful. For her sake, that means I do too, since any bug that flattens me is likely to finish her. All this was making me leery now of physically entering a shop like Sal’s, a tiny space with a single aisle where social distancing might prove a challenge. If I was going to stick with him over these next few months, I wanted to start placing my orders in advance and picking them up at a specified time. I’d also ask that my package be left for me up at the front instead of in back. Just to the right of the door as you enter is a ledge with a basket standing upright in the shape of a quiver for holding baguettes. If my bag was left for me here on this ledge, I could be in and out in a flash.

“I don’t know,” said Jean with a grimace when I let her know my plan one night. “He’s not going to go for it. You know Sal.”

I grew uneasy. What to do? Talk to him or let it go?

And then came Tuesday, March 17. I woke that morning still undecided, but hoping now for a miracle—to go there and find a sign in the window taking the decision out of my hands:

SORRY FOR ANY INCONVENIENCE

It was just past noon, sunny and bright, when I left the house for my daily walk. I like to visit the stores in town and certain institutions—post office, library, Bank of America. Half the town was still open as late as the previous afternoon. But first on my list of errands today was to check to see what was happening at Sal’s.

I took up a spot across the street where I wouldn’t be seen from within the shop and focused my gaze on the familiar storefront between the tailor and hair salon.

My heart deflated at the sight of the blackboard standing open in front of the shop. Here was a written sign all right, but not the one I had in mind. Every day when Sal opens, he sets out the blackboard announcing the daily specials on cheeses.

But today the space was filled instead with a message dripping with sarcasm:

With half the stores in darkness and more soon to follow suit, there was nothing “happy” about this day. My friend was having a little joke whose humor was undiscernible to all but a few like me who knew him well. Only we would read that message and hear the underlying rancor.

That was enough for me, I decided. Keeping to the side of the street I was on, giving the shop the widest berth possible, I started to slip past it when I stopped in my tracks. Sal was sitting out in the sun on the bench in front of the hair salon. He had a pair of shades on, big dark shields, which give the impression of all-seeing eyes. Afraid he’d see me skulking past, pretending not to notice him, I crossed over to where he sat and paid my respects.

His manner was distant behind the shades, which gave me only a passing glance. “I’m waiting for the bus to Eternity,” he grumbled, looking up the street at nothing.

Hoping to cheer him up a little, I told him I needed some olive oil. In truth we have plenty, but the gambit seemed to work.

“Sure, come on. Is that all you want?” He sprang to his feet, and with me in tow, scuttled back to his entryway and called inside to his wife, Elsa. “Howard’s here. Can you help him, Elsie?”

I stood just back of Sal on the doorstep, the two of us under cover of the awning. If I was going to talk to him, this was my chance.

I’m sorry now I took the trouble; I should’ve listened to Jean. I hurried through my little spiel asking his indulgence—if not for my sake, for the sake of my wife—but Sal the Defiant was having none of it. “I have customers who won’t come in,” he said with open contempt in his voice. “They stand right here and go like this”—he held out his hand like a beggar at the door, slumping his shoulders for added effect. “I won’t serve them,” he said with finality, shaking his head with a look of distaste.

And then he suddenly relented a bit. “Elsie says I need to be more sensitive to people. You want me to bring out the bottle for you?”

But after such a thorough shaming, I couldn’t accept his offer now.

“That’s all right, there’s no one inside.” I squeezed on past him and pushed through the door.

When I came back out with my single purchase, there was Sal on the bench again, aloof behind his dark shades, waiting for his “bus.” We exchanged an awkward parting salute and then I was past him up the block, on my way to grab a paper at the smoke shop around the corner.

The following day, on spying the blackboard out in front of the cheese shop, I took the long way around to the smoke shop.