Being a non-believer is still a social taboo. 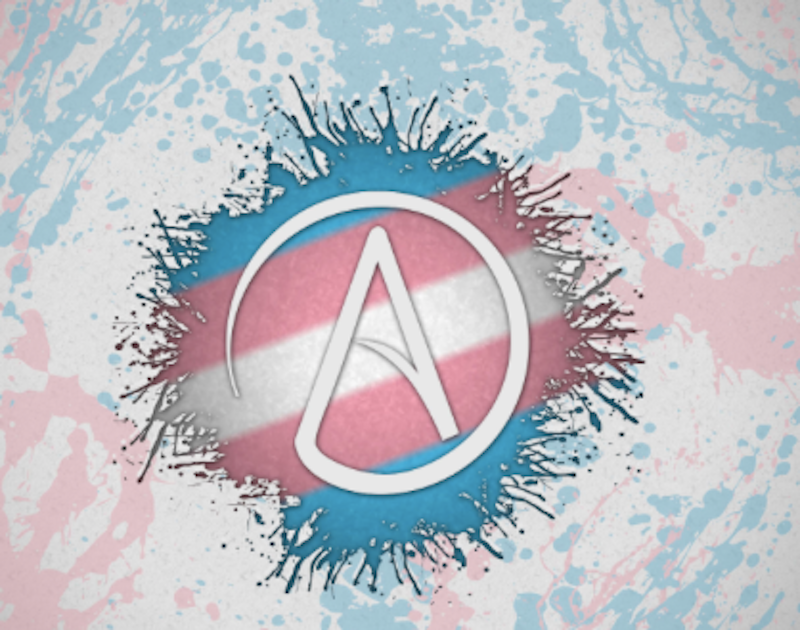 Despite the rise of the religiously non-affiliated (aka The Nones), being a non-believer is still a social taboo. This was recently confirmed by the American Atheists’ Reality Check: Being Nonreligious in America report, which compiles results from the organization’s Secular Survey conducted last year. Out of the 34,000 respondents, almost half said they hid their non-belief from co-workers and people at school due to negative experiences. The survey also found that LGBTQ non-believers are more likely to hide their beliefs from family than straight/cis non-believers, and the 43 percent who were out said their parents weren’t supportive.

I’m thankful to have understanding parents because my time in atheist spaces has taught me other queer/trans atheists aren’t so lucky. At best, relationships with their religious parents are awkward, but sometimes their parents disown them simply for who they are, which is why homelessness rates in LGBTQ youth are so high. Even when there’s no trouble at home, the constant bombardment of messages about how being queer and trans is a sin is detrimental to LGBTQ people’s mental health. A 2018 paper by the American Journal of Preventive Medicine found that queer people who regularly attend religious services are more likely to be suicidal than straight people.

Yet I rarely see room in LGBTQ spaces for non-believers. As several religious institutions became more LGBTQ-affirming and more LGBTQ people of faith made peace with God, there’s been an increase of religiosity within the LGBTQ community. Many LGBTQ people do find solace in religious traditions, as well as motivation to fight for liberation, but the overemphasis on queer spirituality comes off to me as respectability politics. Focusing the spotlight almost exclusively on LGBTQ people of faith is another way of appealing to the cis/straight gaze, and the result is less visibility for LGBTQ non-believers.

Even the “Many Paths” interfaith space—despite advertising with various religious symbols, including the Happy Human—was very Christian-centered. Because religion causes so much trauma for many LGBTQ people, there should be more spaces for LGBTQ non-believers as well.

The atheist community has gotten better about providing a safe space for LGBTQ non-believers over the past few years, although there’s room for improvement. Thanks to trans atheists like Callie Wright and Marissa McCool, there have been a lot more conversations about trans issues that have made the atheist community more trans-inclusive. However, transphobic atheists still exist; they may be a small minority, but they’re vocal. All it takes is one Twitter dogpile from transphobic atheists to make a trans non-believer feel like they’re not welcome in the community. This leaves the trans atheist in a tough spot: not feeling welcomed in atheist spaces for being trans, and not welcomed in LGBTQ spaces for being a non-believer.

According to the Secular Survey, non-believers involved with secular communities are less likely to battle with depression than those with no community. This is why there needs to be more attention for LGBTQ non-believers. Not “safe spaces” as in stereotypical recovery rooms for college students offended by different opinions, but places where LGBTQ non-believers can be authentic. Countless studies show there’s power in having a chosen family—a group of friends and loved ones someone can turn to for the support their biological family and peers never gave them—and this chosen family can be the reason another LGBTQ person chooses to stay alive.