Forget Everything You Know About Schooling

Lost instructional time due to the pandemic reveals just how little is being lost. 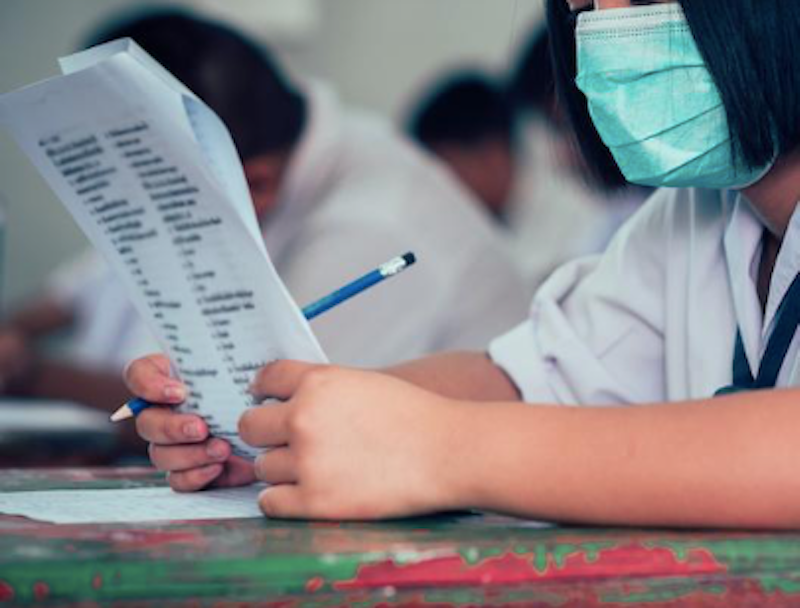 While I've favored supposedly radical education reforms such as school vouchers— including for private schools—and homeschooling for as long as I’ve been politically active, until recently I was leery of the freewheeling world of “unschooling.”

Unschooling lets children learn by exploring the things that interest them, rather than by following a designed curriculum led by a teacher (or parent). That always seemed just a little too laissez-faire, even for me. I'm still not convinced children left to their own devices will learn everything they need to know, but then who does? And then I remember the alternative: Students seem to learn even less under traditional schooling—including private, but especially public schools.

“Seem” is the crucial term. Maybe they’re learning more, but they're not retaining it. And they're certainly not taking it with them into adulthood, as anyone who has ever asked a median voter who his congressman is well knows.

As government education bureaucrats decide how to deal with COVID-19, including the possibility that schools may not be able to reopen in the fall, they've given away the game. The shocking thing is they don't even seem to have realized it.

This nugget from my own state was reported by The Associated Press: "Even though we were closed for the last two-and-a-half months of school, it will take us literally—don't fall out of your seat—it'll take us a couple or three years to get through this," Alabama Education Superintendent Eric Mackey told the Alabama Association of School Boards.

What Mackey, the head of Alabama's primary and secondary school system, is talking about is the “summer slide,” but longer. Teachers have complained about the summer slide for as long as I recall: When the new school year starts, they waste weeks re-teaching material their students were supposed to have learned the previous year but have forgotten over the summer break. Their students have “backslid.”

I've even heard teachers complain about how much students forget over even the traditional two-week winter break. Now they're looking at playing catch-up with students who haven't set foot in a classroom for six months or more, and their bosses in the administration are saying years of schooling will have been wiped out.

Am I the only one who sees the real problem here? While school administrators are worrying about how they're going to bring their students back up to speed, all I can think of is why are they wasting their time, the students' time, and my tax money. If students lose years of schooling in just six months, how much do they lose within a year of earning a diploma? Within two years? Ten years?

Everything we know about schooling, including now by the admission of the professional educators, tells us schooling doesn't stick. No wonder every credible study has found the benefit of pre-kindergarten programs—the latest panacea for improving disadvantaged students' academic achievement—fades out after about three years.

(Again using my state as an example, Alabama officials tout a study that claims their pre-K is the exception, yet since the program's inception and expansion, overall test scores have gotten worse, and Alabama, as most people love to remind us, is already near the bottom.)

If formal schooling has little to no long-term benefit, why do we have it? Not to sound conspiratorial, but the only rational explanation—apart from everyone just fooling themselves, which is a strong possibility— is it exists to impart attitudes rather than knowledge.

The late John Taylor Gatto, who spent 30 years as a public school teacher before becoming the country's foremost proponent of unschooling, once said, “Grades don’t measure anything, other than your relevant obedience to a manager.” In other words, all formal schooling does, via crushing repetition, is train students to follow orders and tolerate long stretches of boredom, preparing them to be assembly line workers and median voters. What else would our Prussian-modeled education system do? It doesn't even teach students about Otto von Bismarck.

The thousands of successful, creative people who graduate from public and private schools would’ve been successful and creative anyway, because they're successful and creative largely due to their own efforts within their own interests. And that's what students retain: they retain, primarily, knowledge that relates to what interests them. Apart from that, they retain skills they actually use frequently, whether the knowledge interests them or not. That's why training for a specific job sticks, even if you hate your job.

Most formal schooling isn't about either of those things, but in the next few months, the educator class will demand more money and more time with your kids to re-teach them what they forgot while in pandemic lockdown. And no one will ask them why, if all this knowledge is so forgettable, educators expect students to remember it once the mortarboards have flown.