Yes, there is in fact a Broadway in every borough. 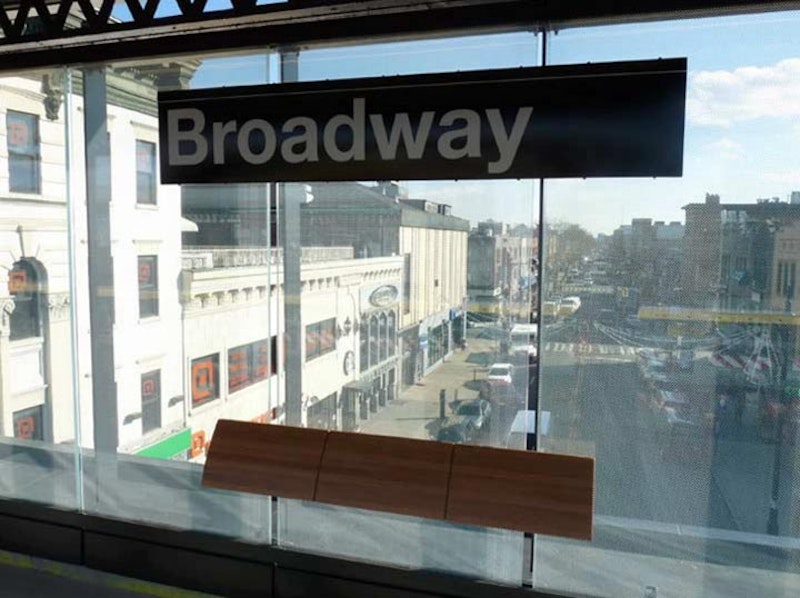 There’s a Broadway in every borough. The most famous runs the length of Manhattan and continues into the Bronx and Yonkers beyond that. Another forms the border of Bedford Stuyvesant and Bushwick in Brooklyn; one serves as a spine of West New Brighton in Staten Island and runs past the Staten Island Zoo; and then in Queens, whose Broadway runs from Ravenswood to Elmhurst and serves as one of Long Island City’s key shopping arteries, joining Steinway St. and 30th Ave.

Queens’ Broadway, which attained its present length in the early-20th century, is an amalgam of roads: Broadway in Ravenswood ran southeast to the now-de-mapped Ridge Road near Newtown Rd.; and the eastern part between Woodside Ave. and Queens Blvd. is the easternmost section of the colonial-era Hellgate Ferry Rd., which connected Elmhurst and the East River; twisting Woodside Ave. follows most of its route today. They were joined in the years before the new IND subway ran along a lengthy section from Steinway St. to Queens Blvd. in the 1930s.

I walk Broadway frequently—or did, before the virus crisis. I’m most familiar with the road’s businesses in the stretch between the 46th St. subway station serving the M and R trains and the Broadway station serving the N and W., because I did volunteer work at the Greater Astoria Historical Society between 2012 and 2019. Below are a number of establishments that the guidebooks ignore. Many are closed for the duration of the coronavirus crisis, while some of the delis and restaurants are open for takeout only. 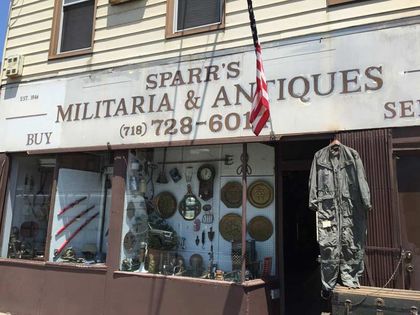 Sparr’s Militaria and Antiques, 41-15 Broadway near the Steinway St. station, has been in business since 1946 and buys and sells items like helmets, hats, medals, badges, uniforms, swords, daggers and flags, and specializes in collectibles like Japanese swords. Equipment such as multi-use knives, shovels, mirrors, commemorative plaques and mirrors are displayed in the window. 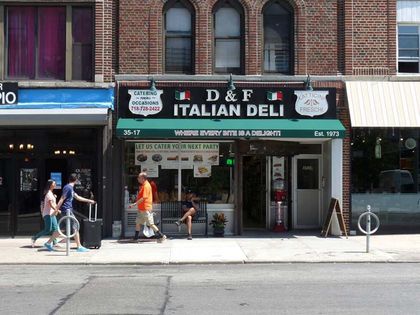 D&F, at 35-17 Broadway, is a traditional Italian delicatessen; Italian sausages hang over the checkout spot, tubs of sardines and freshly wrapped mozzarella are on the counter, and Italian imported specialties fill the sunny, well-lit space. D&F has been in business since 1973 and the current owner hails from Naples. 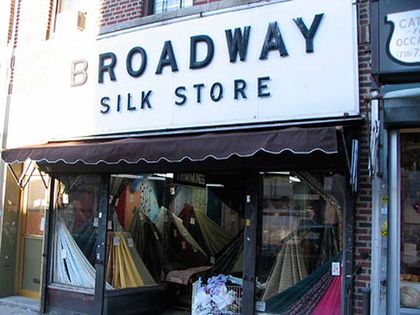 A couple of doors down is where another Broadway veteran, the Broadway Silk Store, 35-11 Broadway, in business since the 1930s, anchors the block between 35th and 36th Sts. The store deals mainly in fabric and costume jewelry, and for the past couple of decades it has been in a propitious location near the Astoria-Kaufman studios. It has been hired to supply costuming for several of the television shows and feature films produced at the studios. For old signage aficionados, its stark black on white display sign is the original. 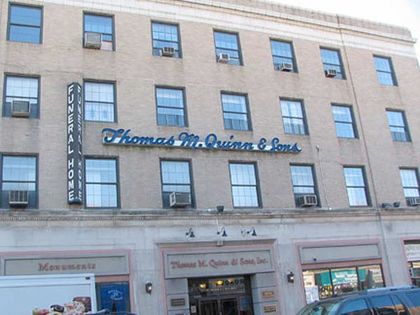 For years, the four-story building at Broadway and 36th St., the tallest in the general area, was home to two neighborhood mainstays: the Thomas M. Quinn Funeral Home and The Greater Astoria Historical Society. The building was sold two years ago and currently stands empty, awaiting redevelopment. The funeral home was relocated as has GAHS, chartered in 1985, continues to sponsor presentations on local history and has begun to work on presenting virtual tours of western Queens and elsewhere in New York City. Its most recent project is collecting stories of people affected by the COVID-19 crisis, even as it seeks a new physical facility for its voluminous collections of books, atlases and artifacts. Check the website linked above or call 718-278-0700 for information. 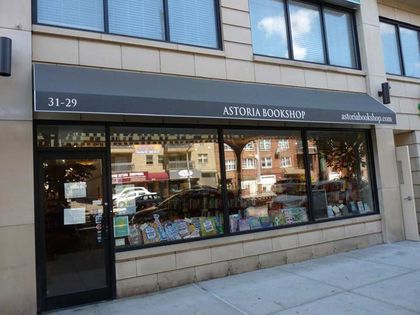 For the past several years a welcome addition in Long Island City has been the Astoria Bookshop at 31-29 31st St., just north of the Broadway N/Q train station, especially refreshing in an age when independent bookstores as well as large chains are becoming harder to find. In fact, it had been at one time Queens’ lone indie bookstore. It features books by Queens authors, children’s events and sponsors the Newtown Literary Journal, a nonprofit helping authors who’re just starting out. My own Forgotten Queens book premiered there in 2013.