Someone Else Thinks Rod Dreher’s Disturbed 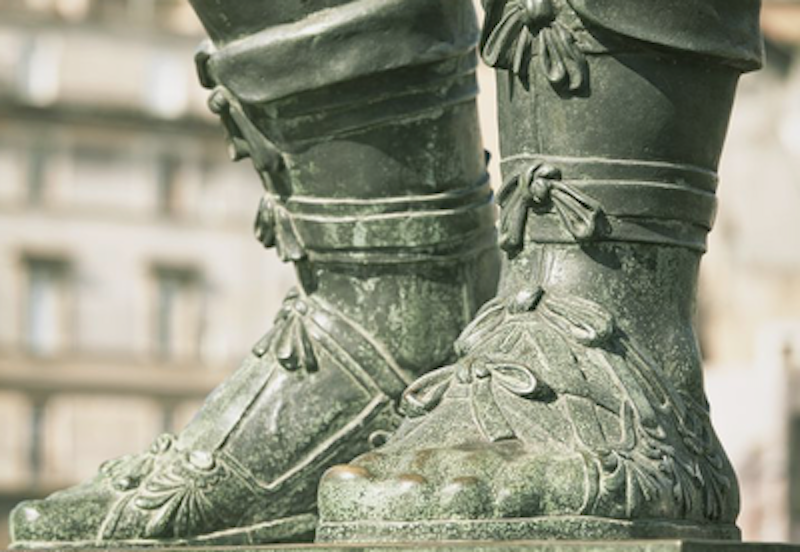 So I wasn’t the only one. Austin Ruse, writing in Crisis, expresses what I’ve been saying all along: that Rod Dreher, by far the best-known of all of us traditionalist conservative intellectuals, is profoundly emotionally disturbed.

Read Ruse’s piece yourself; it offers some trenchant particulars.

It’s peculiar that we paleocons’ highest-profile writer should be so psychically troubled: an apparent neurasthenic who might suffer from debilitating fits of illness that appear partially psychosomatic in nature; an obsessive dreamer of dreams about decay, downfall, apocalypse, and the inevitable persecution, immiseration, and perhaps even physical annihilation of himself and his loved ones; one of those who abjures the advice of Our Lord and Savior—be not afraid—and lives in fear.

In a response to Ruse, Dreher defends himself as a sort of Cassandra, armed with a perspicacity that lets him bore through the illusions with which the rest of us console ourselves and arrive at awful truths. But Dreher’s been wrong about everything. Let’s never forget that for years he was arguably the world’s second-loudest prophet, after James Howard Kunstler, of the imminence of “Peak Oil” (remember Peak Oil?), a civilization-ending phenomenon that would by now have reduced the territory of the former United States of America to an ultra-violent Bronze Age-style zone of cannibalism and savagery in which social and economic life devolved to the level of the armed tribe.

At any rate, the paleocon intellectual community’s Pope Dreher is insufficient for his exalted office. Our community requires a new pope. I nominate George Szamuely, but welcome other suggestions from readers.

As an anti-monopolist and localist, philosophically opposed to borderless globalism and large agglomerations of capital, I’ve always had problems with Amazon. But recently, prevented by the virus from buying sandals from my usual purveyor on Main Street in our local village, I turned to the ecommerce giant to fulfill my needs: the new season’s required sandals don’t buy themselves. I have to admit that the Amazon experience was satisfactory.

Here were a fine pair of Roman sandals, rising—daringly—a little higher on the shin than those to which I have been accustomed; there, a handsome pair of calfskin numbers destined to provide a graceful framing for the much-admired Harris arch; and here again a woven pair of the sorts of sandals in which a teenage John M. attracted much attention from the “shrimpers” of Key West during a vacation trip to that sun-kissed pleasure spot these four and more decades ago. What a thrill, after all these years, to see once again a version of those beloved sandals! I remember that I wore them with my first pair of well-fitting Speedos in a stroll along vibrant Duval Street on a breezy evening.

But what about these well-tooled tobacco-colored horse-leather thongs, so appropriate for the humid days of summer? How easy to simply “click” on them with a twitch of the mouse! Or these stout fellows with their lug soles, which will serve me well throughout this month of planting here at our homestead, when I supervise Mother and Sister Marie in their stoop labor, sewing our voluminous gardens?

Overcome with delight, browsing Amazon on my laptop for the first time in my life—yes, until now I have been flawless in my principled avoidance of online shopping—I threw all of these fine specimens into my “virtual shopping basket” and ordered them in the sort of covetous fit that can overcome even us religious intellectuals when tempted with merchandise much-admired!

If asked, I would say that patronizing Amazon remains against my principles. But none of us are perfect; and we must live in inconsistency in this fallen world.