An individual should never be forced to be a spokesperson for their gender, sexuality, or race. 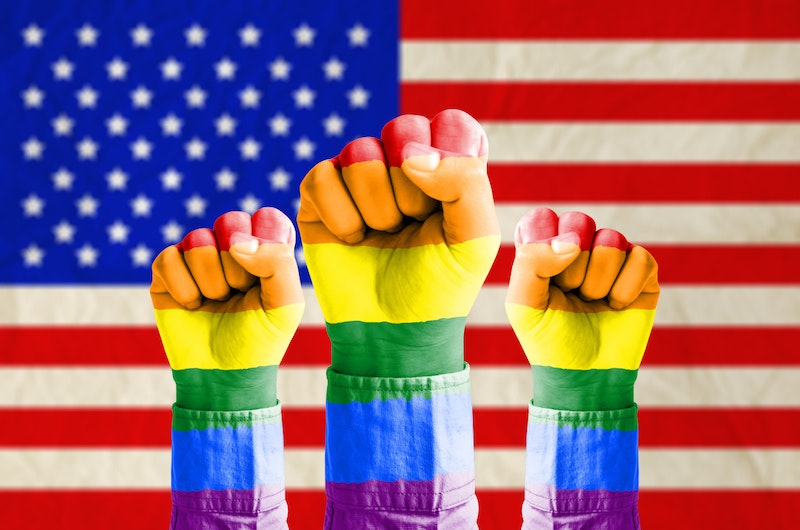 The most resilient parasite, according to the movie Inception, is an idea. “Once an idea has taken hold of the brain it's almost impossible to eradicate,” Leo DiCaprio’s character says. “And even the smallest seed of an idea can grow. It can grow to define or destroy you.” Unlike the movie, people don’t have to get into your dreams to plant ideas. Society already plants seeds of ideas in our heads whenever we watch TV, read the paper, talk to friends, or drive past a billboard. The bad ideas are usually the ones that bear fruit, and one of the worst ideas ever is respectability politics.

Evelyn Brooks Higginbotham first coined the term “the politics of respectability” in her book Righteous Discontent: The Women's Movement in the Black Baptist Church, 1880–1920 in regard to schools black women set up during Jim Crow that “encouraged their students to integrate themselves into white, middle class communities in the hopes of motivating and inspiring students to escape racial injustice,” according to Wikipedia. The term has since evolved to refer to whenever people in marginalized groups need to be “one of the good ones” in order to be accepted by society. Damon Young of The Root writes that respectability politics for black people is “the idea that if we walk a little straighter and write a little neater and speak a little clearer, then white people will treat us better.” In other words, many black people in America feel the need to conform to white people’s standards of beauty, grammar, and professionalism in order to be seen as fully human.

Respectability politics shows up in the LGBTQ community as well. The mid-1990s saw the rise of the “We’re just like you” narrative where gays and lesbians assured straight society that they want to get married, raise children, have jobs, and own a home like everyone else. It helped normalize same-sex couples in our culture, but also set up a dichotomy between the “good” gays and the “bad” ones. Kinky and polyamorous folks were seen as making the LGBTQ community look bad—even though Brenda Howard, the Mother of Pride, was both polyamorous and into BDSM—and bisexuals and transgender people were largely ignored. The dissonance reached a peak during the two-decades fight for marriage equality; mainstream LGBTQ organizations like the Human Rights Campaign focused solely on legalizing same-sex marriage while ignoring other LGBTQ issues like homeless queer youth, economic disparities, and violence against trans people. Allegedly an HRC staff member once told a trans activist, “Marriage isn’t a transgender issue” in 2013. The HRC has gotten better over the years, but the pressure to be one of the good queers is still there.

Posts on Twitter implanted the idea in my brain that I need to be a respectable queer and trans person to be successful in the business. After reading countless rants from mainstream centrist pundits about “Woke Culture,” journalists with pronouns in their bios, and how gender-neutral bathrooms aren’t as “morally urgent” as other issues, I felt the need to prove myself for others’ approval. “If I water down my message and play the false balance game enough,” I thought, “then I can get a prestigious job as a New York Times columnist, go on all the political commentary shows, and show the world that I’m not the crazy SJW they think I am.”

Then one day I asked, “Do I have to play this game? Where’s the evidence? Who told me I need to be someone I’m not?” Nobody was pressuring me to do anything; it was just my internalized homophobia and transphobia talking again. I started uprooting the toxic idea of respectability out of my head so I could finally have permission to be myself.