Rooster and Romney Mix it Up

A fortuitous plane ride next to future Secretary of State Mitt Romney. 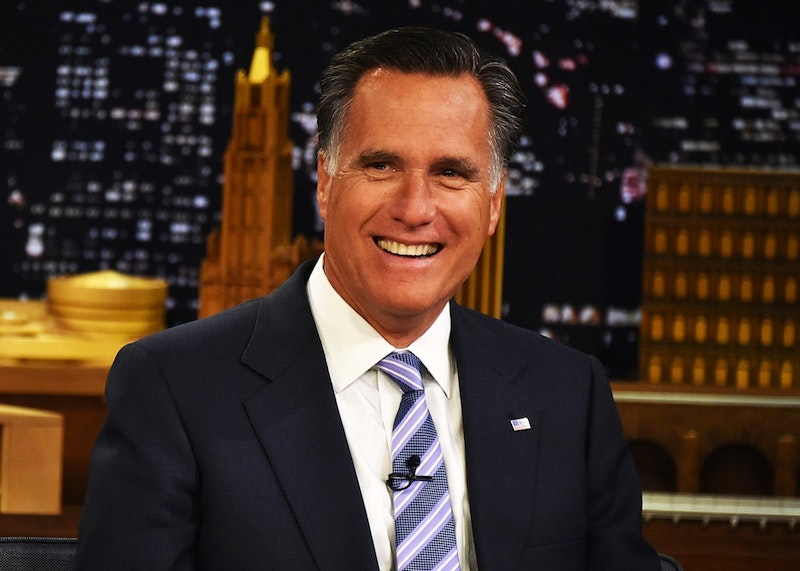 Charlie Rose’s eyes have no whites; they’re all red. He’s interviewing Jon Stewart a couple of days after the election, and he looks near death. They’re both flabbergasted, look like they’ve aged two decades in two years. “He wants to ‘Make America Great Again,’ and nobody said to him, ‘Well, what makes America great? What is it that you want to do that we’re not doing now?’” Stewart ends up at the point that “America is an anomaly in the world… a multiethnic democracy, a multicultural democracy is impossible.” I chortle and kick like a pig at the plush first class seat in front of me, spitting a bit on my iPad. “America is not natural. Natural is tribal. We’re fighting against thousands of years of human behavior and history to create something that no one’s ever—that’s what's exceptional about America… this ain’t easy… it’s an incredible thing.” I don't miss him, and he looks so old now so it’s good that he’s not on TV. The guy sitting next to me sees what I’m watching and leans over his paper. “Prick. I hate that guy. He made fun of my tie once on a plane.”

I should’ve noticed when the guy asked for apple juice and vigorously refused a sip from my flask. I’ve met Mitt Romney before, but I’m sure he doesn’t remember me. It was only four years ago, but in the heat of a presidential campaign, shaking hands, naming babies, you get a lot of information input. I’ll give him the benefit of the doubt.

“Oh, my! Rooster! How are you, pal?” He grabs my right wing as if it were a shoulder and I spur claw his hand and he backs off. “Same old Roo!” He chuckles, I squirm. “Only my wife calls me that. Never say that word again.” He frowns. “Sorry.” Why am I sitting next to Mitt Romney? We kicked him out of Massachusetts a long time ago. What business does he have going to New York? He’s already started talking to me and I think it’s been a solid three or four minutes that I’ve lost contemplating all of this. “Look, you know I can’t pound booze like I used to. I once had four whores in four states in one night. Four corners, you know. When I die, I’m getting my own planet and not telling you what’s on it! Ha!” I spur claw his retina and somebody subdues me. Apparently, Romney’s protected now because he’s going to be President-Elect Trump’s Secretary of State, and he’s on his way to Trump Tower to get this all sorted out.

But before I was back in the pen, I remember him towering over me as his goons pushed my lungs in and he spit in my mouth. I don’t know what he was trying to do because it was just weird, it wasn’t intimidating, it was creepy, and I think he meant it to be sexy. So that’s something to keep in mind when you’re looking at the next Secretary of State. Anyway, sorry Monica, my phone call time is up, can you pick me up in the morning? Thanks. Get me two coffees… No, no, that’s fine I’ll get the paper… I don’t know what’s coming out this weekend, we’ll just look it up… Okay… okay…. okay, love you, bye, honey.