God save us from the Queens pimp. 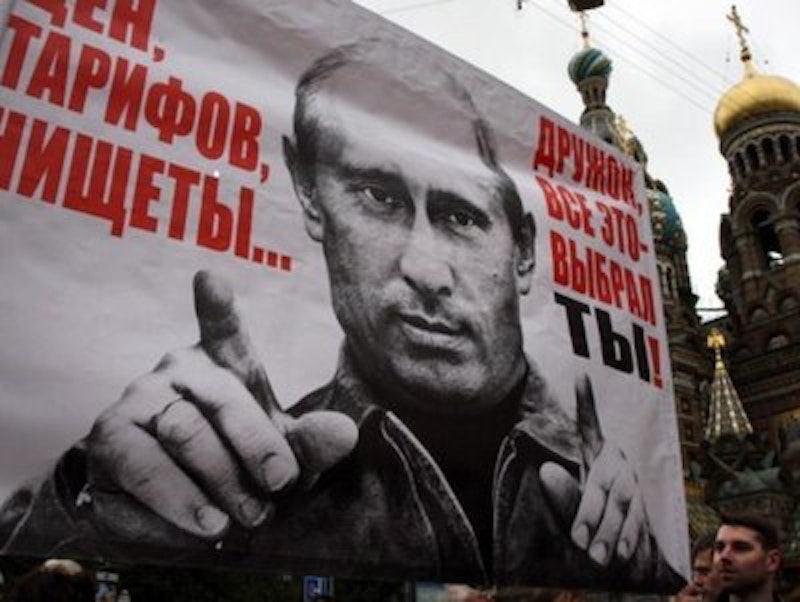 Nay, I fear that my alt-right brethren are deluding themselves. The election of the Queens pimp will change little for us; the millennium awaits around no near corner; there will be no utopia for us forthcoming.

Take the question of the filthy Ukraine. To hear my fellow alt-rightists describe the situation, the Ukraine is, praise God, doomed. The Flushing pimp will take office on January 20. On the 21st he’ll give Mr. Putin the green light to wipe the Ukrainian excrescence off the face of the earth as a political entity. By the end of January the good work of the Russian military and secret police squads will be largely done. Kiev will be a mass of corpses and smoking rubble over which the Russian tri-color flies in glory; Russian materials brigades will be fortifying the new Russian borders with Poland, Hungary, Slovakia, and Moldova; a hundred thousand or more of those vicious jackals and whores known as the “Ukrainian intelligentsia,” the soi-disant bearers of the phony “history” and barking-animal “language” of that repellent “nation” will be facing stern Great Russian justice—not unalloyed, when appropriate, with mercy, properly understood.

By early February, the Army of the Russian Federation, that Glorious Sword of the People, will be preparing for its Baltic campaign. By spring, the Baltic nations will not exist. Their lands, puny as they are, will serve as an empty buffer zone between Holy Orthodox Mother Russia and the avant-garde of the NATO-pig homo-Zionist crusader.

These are fine dreams (and they sound even finer when Father Nicodemus articulates them in his mellifluous voice). But dreams are for children. We must look at the facts.

For the better part of two years, the D.C. warmongers have been fortifying the Ukrainian military to such an extent that the Russian military would not, unfortunately, find conquering Ukrainian territory the easy chore it would have found it, say, five years ago. Inferior nations, too, can fight effectively, and learn to push “LAUNCH” on a NATO-supplied rocket.

And in fact we must give credit, if that’s the right word, where it’s due, and admit that it’s precisely the Ukrainian’s almost non-existent intellectual and cultural achievement that makes him an effective fighter. (I’m reminded that to say a boy could “fight like a retard” was high praise among the Hoosier urchins I grew up among.) Then, too, the Ukrainian insects have over the centuries proven themselves infamously effective at that fighting strategy of the mongrel nation: guerilla warfare. The depressing fact is that, even in the unlikely event that it could conquer Ukraine without a protracted struggle, Holy Russia would find it hard to hold onto that vast gutter region and carry out the necessary cleansings.

As for the Baltics: While I admire Mr. Putin even more than do, say, such perceptive commentators as Daniel Larison and Greg Djerejian, I suspect that in this case that latter-day tsar will let discretion be the better part of valor. I simply don’t think he will liberate the Baltic countries. Western moral decrepitude, while advanced, is not yet so advanced that Mr. Putin can assume NATO will not defend one of its own members.

No, Trump or no Trump, there will be no glorious Baltic campaign; no succor for Estonia’s abused Russian minority; no New Orthodox Dawn in those several cesspools that, like Petrie dishes do for bacteria, have proven the breeding grounds for the Baltic races.

My alt right (I prefer the phrase “paleocon,” but let it be) allies must temper their optimism. If the advent of that outer borough hustler, trailed by his ugly Slovene whore of a wife, is a positive development at all, it’s a limited one. Our world is not redeemed. We must continue to plow our fields and pray to our God. With deep Christian humility, we must take the world as it is.