I want out, and I’m getting out. 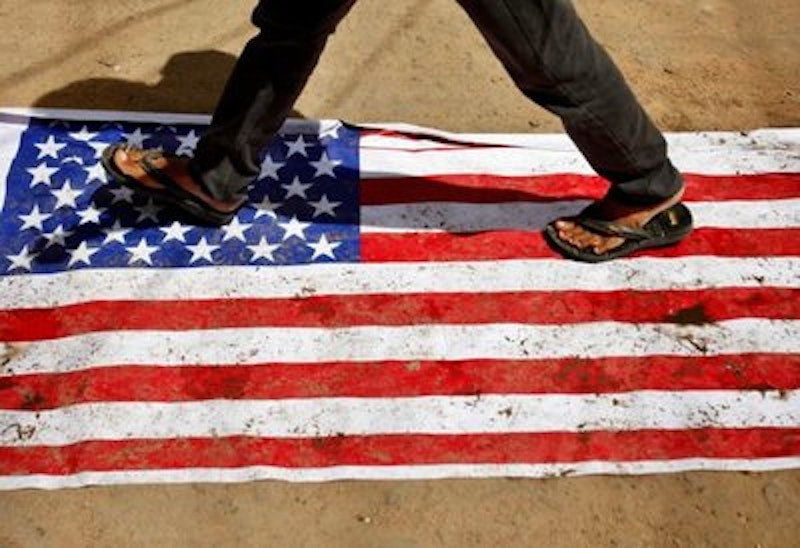 A fantastic new attorney made short work of my recent dispute with my new landlord. She resolved the situation in my favor in a mere three business days. Small-time chiselers accustomed to cheating students and poor people back down fast when confronted by a good lawyer. But even with this satisfactory result, I’m leaving this place as soon as the lease runs out in August. I’d walk away now but for my security deposit and my last month’s rent payment. I never want to lay eyes on those people again. I’m not looking for another place in Gainesville. I’m leaving the USA entirely.

I grew up in the 1950s and 60s. My adoptive parents were both nuts, and they hated each other, so the biggest influence on me was my maternal grandfather. Old Bill Morgan was a working-class brawler from Manchester, England. Think Daniel Day-Lewis, the resemblance is close. He and his wife, Florence, had come over on the boat in the early years of the 20th century. They settled in Haddon Heights, NJ, where Old Bill became a constable while Florence operated a three-story still in Camden during Prohibition, supplying Enoch “Nucky” Johnson with quality hooch for his Atlantic City operations, made famous by the HBO series Boardwalk Empire. Legend has it that Florence pioneered the method of making the hooch taste like it had been aged in wood by scorching the insides of a wooden barrel and using an agitating machine on the barrel for about four hours.

They had five children, and eventually moved to the Cramer Hill district of Camden. That’s where my mother and I moved in with them in 1956, after he and his three sons rescued my mother and me from my psychotically violent adoptive father. Old Bill had more influence on me than any other man in my life.

He taught me to always be fair and honest in dealings with honest people, and to be ruthless with cheats and thieves, especially the government and banks. He taught me to be generous but cautious, avoid greed and greedy people, and to respect women, unions, and the working man. He taught me to despise bullies of any kind, and to consider them fair game for any sort of expressive mayhem. He taught me that racism was stupid because, as he said, “Nobody fucks ya like yer own. Never turn yer back on a guy just because he looks like ya.” He read the four local newspapers every day, and he taught me to do the same by reading them with me in his lap. He’d take me with him to his favorite watering hole, a short walk from home: the Anchor Bar & Liquor Store, where he’d place his bets. That’s where I had my first sips of beer. I was a loquacious child, and with a few ounces of beer in me, very entertaining. Unless the family was sleeping, the door was always unlocked in that house. Guests were always welcome, and nobody would dream of fucking with Old Bill or Florence. He had fists like hams and knew how to swing them. He never swung against a woman or a child. He was a real-life Peaky Blinders character. It’s why I love that show.

He died in 1983, a couple of years after his beloved wife. I was getting ready to leave New York for San Francisco with the woman I’d soon marry, Bonnie Wilford. I’d proposed to her at my grandmother’s funeral, which brought tears to the eyes of the funeral director, who said, “That was the sweetest thing that’s ever happened in here.” It was a Frank Capra moment. We all knew he was dying, and I had to see him one more time before we parted. His last words to me were, “I’m glad I’m not gonna to live to see what Ronald Reagan is gonna do to this country.”

Indeed. Reagan ushered in an age of greed unlike anything seen in this country since the Gilded Age. In the 1980s, the ethos of “greed is good” took hold. The unions were broken. Wages began to freeze, and benefits removed, as formerly full-time positions became “temporary” or “part-time” jobs. It became acceptable to cheat to win. A blizzard of cocaine hit Wall Street, relentlessly blowing to this very day. The Age Of The Psychopaths arrived. By the dawn of the 21st century, it reached the point where the prevailing attitude among American businessmen and women was it wasn’t only acceptable to cheat, but mandatory. If you aren’t willing to cheat, you don’t deserve to win. Since then, the situation has only worsened. It’s metastasized. It’s gone global. It’s a Stage 4 cancer infecting the entire world, except Iceland.

America is Patient Zero for this contagious cancer, its point of origin. Ripping each other off is the national pastime. Finding an honest American to do business with is harder than scoring pot. You need a good lawyer in your pocket to walk out your front door. You need a good lawyer to have a front door. America’s become a nation of thieving, cheating, cowardly bullying scum, a nation ruled by criminal psychopaths and rife with mediocre indentured psychopath-wannabes, serfs who harbor the delusional belief that if they imitate their neo-feudal overlords sufficiently well that they too will become rich. Any country that murders innocent people with drones and officially embraces torture as official policy should be carpet-bombed into the Stone Age.

I want out, and I’m getting out.

I keep referring to the USA as a “nation,” and that’s a common mistake. A “nation” is defined as a geographic region inhabited by people of a common heritage. That ceased to be the case here when the Europeans invaded. Prior to the War Of Northern Aggression, folks everywhere used to say, “The United States are…” After that war, it was stated as “The United States is…” I think that was the really awful turn in an already seriously weird historical narrative. I describe myself as a Constitutionalist, because that’s an acceptable document as it stands, not to mention the Oath I took to it on April 19, of all days, to work with the Census in 2010. I’d really like to see the feminists step up to the plate and get the ERA passed. It would pass easily now. The reality of my position on America is that I prefer the Articles Of Confederation to the Constitution, and I’d like to see some serious land return to the Indians. One of the reasons Scandinavia works so well is that it isn’t Scandinavia, it’s a bunch of smaller nations (actual nations) with similar customs but interesting cultural distinctions. The United States could’ve become that. It still could: the Tenth Amendment could do it.

But the propaganda inflicted on American subjects is astonishing in its dazzling charm, and critical thinking is considered “negative” here. Witness this recent obscenity, this Clint Eastwood thing I will not name glorifying that poseur Chris Kyle and embellishing further upon the trail of lies he’d already laid. Kyle was a lying sack of macho posing shit, and Jesse Ventura proved it in court, obtaining a $1,800,000 judgment from his estate. Ventura wanted to drop the suit when Kyle was killed, but his fellow SEAL veterans, including the owner of the bar in which Kyle claimed the incident occurred, banded together and pushed him to pursue it. Ventura kind of reminds me of Old Bill.

New York City just shut down the subways because of snow for the first time in the 101 years that system has existed. Twitter trolls are grounding aircraft. A drunken federal employee landed a drone on the White House lawn. The entire American police state has been built on panic driven by bullshit with low production values. Never underestimate the taste of the American public. If you doubt that, just turn on a radio to any contemporary music station. Watch the most popular TV shows. Tell me who the Kardashians are and why I should care. Google “Operation Mockingbird.”

Americans dwell in a narcissistic bubble, about 75 percent don’t even have a passport. The construct is entirely built on selling people crap they don’t need that’ll break down or become obsolete in two years for a price a hundred times greater than the cost of using slaves overseas to make it. It’s becoming illegal to use fireplaces or wood stoves here, but the leading cause of air pollution in most places is combusted diesel fuel. Americans are among the most effectively and easily converted adherents of the cult of AGW (Anthropogenic Global Warming), a carbon tax scheme involving a novel financial instrument tossed to Al Gore as his incentive for throwing the 2000 election to George Bush and leaving the financing of the full recount (specifically Ohio) to Nader. Gore walked away with $14,000,000 or so in unspent campaign funds.

Gainesville seems like a nice town. I haven’t gotten to enjoy much of it, getting ass-raped by the utility company and my landlord. I wanted to stay here, but I’ve no attachment to it, and don’t intend to form one. I thought I’d found a place to settle into, but I’ve been on the road most of my life, and that’s where I belong. I don’t know whether this road is leading to Europe or South America, but it sure as hell won’t be Asia or Africa. I wish I’d stayed in Beirut back in 2001. It’s my favorite city. Once I leave, I’m never coming back.