If I Could Only Remember My Name

Who’s the grump around here? 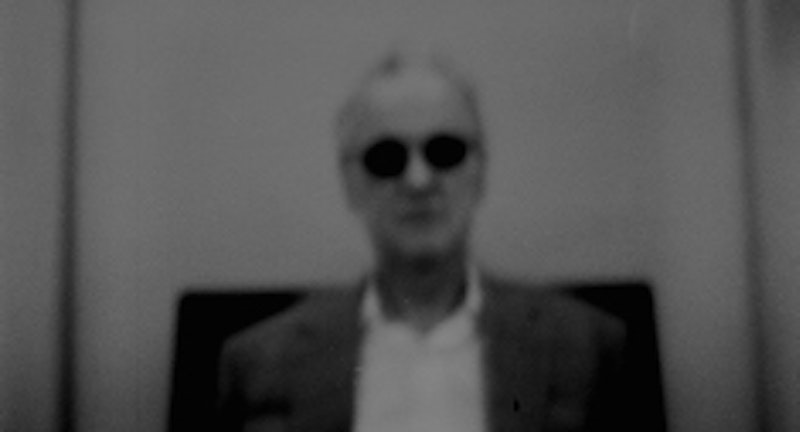 By any reasonable measure, I’m an even-keeled sort of fellow, one who doesn’t kick cats or raise a ruckus at the supermarket when a customer ignores the 15-or-less items rule or fidgets for several minutes with the credit-card swiping machine. A hairy eyeball exchanged with the person behind me, sure, but that’s it. I have friends at local retailers, tip well at restaurants, drop a buck in a busker’s hat, and banter with the lovely ladies at the Starbucks near my office. One of them is particularly delightful: she calls me “the best customer in the world” because my order is uncomplicated and always the same: a large iced coffee, black. Tiffany promised she’d wear a Santa hat on Christmas Eve, but reneged, claiming a “very bad hair day,” and after some good-natured ribbing, she pledged to dress in red, white & blue on Independence Day.

I do get annoyed now and again—when a cabbie jacks the meter, for example, the mail (what there is of it, besides bills) not showing up until six p.m., or idiotic TV hosts using the word “journey” in such a promiscuous way that it makes me nostalgic for Chet Huntley—but most people have peculiar tics. Yet, for reasons that elude me, my wife and kids joke—affectionately, I’m assured—that an apt word to describe me would be “grumpy.” I’m not sure whether that’s better or worse than “grouchy,” which is the appellation given to one of my older brothers, but in any case, I’d prefer to be called “persnickety,” if “amiable” or “affable” isn’t in the cards. Besides, I’m not a patch on my older son Nicky who, since he was an adolescent, bites your head off when you attempt to wake him up. He has his own place now, but during high school it was yours truly, the “grumpy” one, who was assigned to get him out of the casket.

An incident last weekend, when three of us attended a showing of the splendid Paddington at an atrocious Cinemark theater in Towson—I don’t care for a half hour of previews, and the temperature is usually about 50 degrees—did take me aback. Okay, I was irked, and if that qualifies as “grumpy,” well, tough toenails. I was on line to buy tickets, and when my turn came up the clerk said the total was $27; but then she took a look at me, mumbled—and not very charitably—“Oh,” and amended the tab, as I was considered a “senior citizen.” Even more perplexing was that my “discount” knocked a mere four bits off the price. Some bargain! My wife Melissa and son Booker—who, when describing a Parquet Courts concert he attended last Saturday, reported that the audience was largely comprised of “old people,” and when pressed for an off-the-cuff demographic, replied that most were “at least 40”—predictably got a real boot out of my premature status as a “senior” and made the most of it for the remainder of the weekend.

I understand that the term “senior citizen” is elastic these days—who isn’t affronted by receiving, unbidden, the awful AARP magazine upon turning 50?—but I’d always thought 65 was the magic number for reduced prices at participating establishments. As it happens, I’m still a spry 59, with a birthday coming up in June. Could be mistaken, but I’m fairly certain my current appearance is more youthful than my dad’s, who passed away suddenly at 55. Were he still among us—unlikely, since he was born, on a kitchen table in a small Massachusetts home, in 1916—we’d have a ball debating the question.

The most memorable line that President Bill Clinton ever delivered was at a commencement speech at Princeton University in 1996—he was 49—when he told the graduates that he then realized he had “more yesterdays than tomorrows.” I doubt that was an original line—maybe lifted from a “Gasoline Alley” or “Pogo” comic strip—but it certainly has an edge to it. I’m deep into middle age, which has pros and cons, mostly the latter, not that there’s anything you can do about it. In my particular situation, I find no relief (or cause for optimism) from the ongoing decimation of a profession I’ve practiced since the 1970s, and flinch every time an old friend is forced to abandon journalism for a public relations job. And it saddens me that so many gifted young writers in their early 20s—men and women who a few decades back would be employed at a robust newspaper or magazine—have to scrape by on the meager fees that websites (this one included) offer.

Maybe that’s just a touch grumpy, although not nearly as acute when I’m walking and a person waves and I can’t even see his or her face from half a block away. Worse, my optometrist says my eyeglass prescription has “maxed out,” which was a rude surprise when sprung upon me a few years ago. On the other hand, while I’m glad there were no mobile phones when I was a teen, they sure are useful now, and the iPhone 6’s bigger screen is a boon to me. I maintain that the most significant invention of the 20th century was air-conditioning, since that turned the country upside down, making cities like Phoenix or Houston, say, fit for living, but a minor change, relatively, in my lifetime was the introduction of ATM’s. My kids tire of my stories I tell of rushing to the bank by three p.m. on Fridays to secure weekend funds, but it still amazes me.

But hey, gotta go! It’s getting on in the afternoon, and I don’t want to miss the “early bird buffet” at that Indian joint downtown.