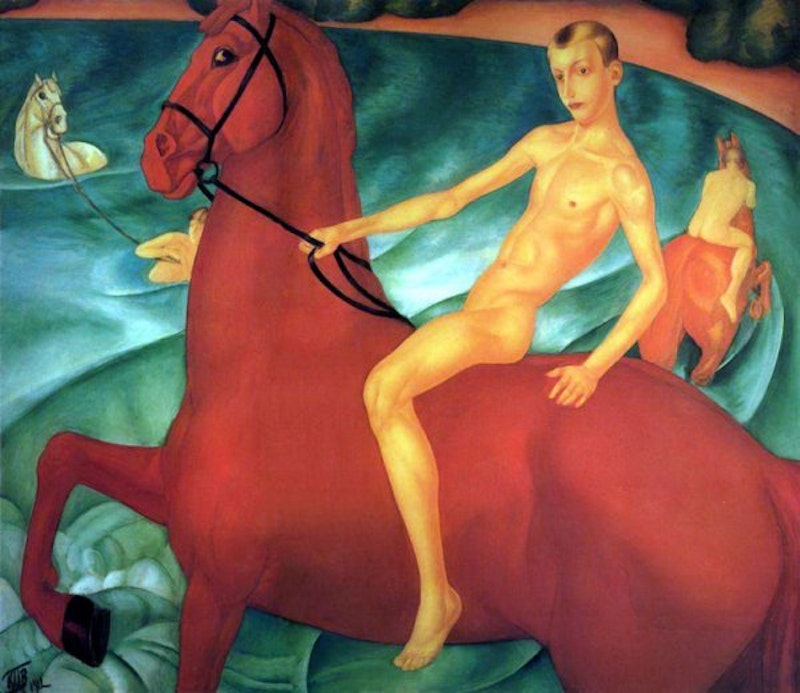 L.J.'s nasally whisper emerged with ribald proclimations drenched in a tangle of warble and hiss, chirping insects and tree frogs:

It's three o'clock in the morning. I'm completely naked... outside of my parents' house. No one knows I'm here. Tonight I will commit a revolutionary act, a journey into the night from here to the bridge at the horse farm... My genitals are all lubed up... Off into the night I go, nothing stopping me.

From here L.J. describes a perilous carnal adventure. Between his home and the bridge was a quarter mile stretch dotted with wholesome marks of small town Americana—a baseball diamond, some bleachers, a concession stand, some decorative bushes, an old wooden fence, verdant farm lands. A main road cut through the area separating the farm from the local recreation council's athletic fields which were right next to L.J.'s parents' house. As the naked man sprinted for dear life he used a hand-held tape player to record all of his movements and startled reactions as several passing cars nearly exposed the forbidden romp. Diving behind bushes and bleachers, fear possesed his raspy narration.

Shaken, but undeterred, the sexual Odyssean made it across the street. He hopped the fence at the horse farm and dashed on. Caught up in hormonally charged psychosis, the delirious character exclaims: In the distance I can see a horse... I can feel that throbbing sweaty beast between my legs just looking at it... Shall I ride it?... No. I must press on.

Crunching footfalls and the sounds of heavy breathing dominate nearly all of the tape's remainder. Then finally L.J. arrives at the bridge over the creek, its watery gurgle adding another distorted layer to the dense natural soundscape.

He then announces that he's going to jack off. His inevitable orgasm brings the quest to a messy/ecstatic finale. Exhaustion, relief, and triumph define L.J.'s  closing remarks: (sigh)... Thus ends my journey... Who knows where I'll go next... Perhaps the pool... or maybe the baseball diamond.

As the vulgar tape came to a conclusion Ron Ulrich found himself dumbfounded and just plain grossed out.

From then on the "Journey Into the Night" legend began to grow.

Once the intial shock wore off, Ron called up everyone in his Glen Arm metal brigade to spread the word about L.J.'s disturbing new achievement. The next order of business was to actually play L.J's tape for the crew. When they finally got to hear it they all agreed that this was the funniest, most fucked up thing ever, and the metal brigade began referring to this cassette as the "Journey Into the Night" tape. Consequently, every kid wanted an L.J. tape of their own, so they all began to bring over cassettes to Ron's place where he gladly dubbed as many copies he could.

In a flash, not only did many of the local metal heads of rural Baltimore County have their own copies of this insane recording, but some of the freakish political provocateurs of Towson-Glen Arm also caught wind of the "Journey Into the Night" tape. With its overt reference to revolution, mutant sexuality, poetic language, suspense, and ambient/lo-fi elements, this muddy piece of psycho-sonic ephemera seemed as if it could've been a leftist performance art hoax created by Dave Willemain, Jeff Duncan, Violet LeVoit, or almost any of the TGA artists who merrily brandished absurd confrontation.

Though the point is arguable, Towson-Glen Arm art probably didn't have a direct influence on L.J. References to bestiality weren't tropes in the TGA realm, and, more importantly, the "Journey Into the Night" tape wasn't a calculated joke —it seemed to be L.J.'s spontaneous/un-ironic attempt to immortalize a rare moment where he found himself free from the mooching, mocking, abusive Glen Arm metal brigade who surrounded him like a prison of danger and juvenile deliquency. L.J. has never fully explained his reasons for creating the tape, so all analysis here is speculative. One thing is for sure: he didn't identify as a multi-media artist. L.J. barely even looked at himself as a musician despite his work as a bassist in several primal rock combos who were gigging regularly at around the time of his tape's discovery. "Journey Into the Night" seemed completely serendipitous, and yet it stands as a perfect companion piece for TGA's output.

The "Journey Into the Night" tape became so beloved by Towson-Glen Arm legend Dave Willemain that upon first hearing it the artist exclaimed, "This is the greatest thing ever! Like... nothing can top this!" I was there when Willemain got his first taste of L.J.'s wacked out vision. The 16-year-old was in shock, hardly able to breathe or contain his reaction as he laughed through tears of joy, occasionally punctuating his outbursts by saying stuff like, "This changes everything!" quoting his favorite portions of L.J.'s soliloquiy, and insisting that the cassette be played over and over again until finally he pulled out a blank tape and made his own copy.

Soon after that Dave Willemain organized a momentous "Journey Into the Night" listening event in Towson at the family home of the artist Alan I., a member of such bizarre TGA groups as The Lesbian Ninjas and Anti-Freeze. As far as I can remember, there was never another Towson-Glen Arm listening session publicly held in honor of any recording before or since. The get-together was promoted by word of mouth and attracted a solid crowd of about 30 kids which was actually a bigger turnout than many of the concerts we had back then. Attendees included Ron Ulrich and some of his raggedy metalhead pals, plus a few local stoners (including a couple heads who were tripping on acid). Of course, a lot of Dave and Alan's TGA contemporaries were there too.

Once everyone had stuffed themselves into the tiny basement, Willemain gave a brief spooky intro a la an old timey TV horror host, then he cut the lights and hit play on a boom box loaded with a fresh dub of "Journey Into the Night." When the line "My gentials are all lubed up" tumbled out of the speakers, gasps and laughter exploded from the crowd of unsuspecting teens, most of whom had never heard the tape before. Willemain reacted instantly, "Hey! Quiet down! This is serious. You gotta be quiet and listen! No talking!" For Dave this was a metaphysical apotheosis, a sound ceremony created for the purpose of communion with an outsider's most bizarre carnal impulses and subconcious energies. It all had to be just right.

Once the teens settled down, he rewound the tape and the aural insanity began again, this time uninterupted. When the tape ended about 10 minutes later, the lights went up, and the audience went wild applauding and laughing. Then Dave thanked everyone for coming and the stunned throng shuffled out.

So what was L.J.'s reaction to this notoriety? His feelings on the matter became crystal clear on Saturday November 5th, 1994. That night, in the concert hall at The Church of the Holy Redeemer in Lake Evesham, Dave Willemain and his rowdy avant-garde ska ensemble The Preschoolers played a gig where they debuted the ultimate tribute to L.J.'s surreal DIY erotica: an actual song called "Journey Into the Night." The tune's lyrics featured choice quotes from the original tape and the music faithfully emulated its inspiration's perverse dynamism—within The Preschoolers' wild songbook "Journey Into the Night" is one of their looniest works.

Just as the group kicked off their set, the one and only L.J. made a stealthy entrance. He sauntered through the hall, head held high, wearing his trademark goth cowboy ensemble, simmering with the ominous emotional detachment of a spaghetti western.

Many of The Preschoolers' mega-fans who showed up for the gig had also attended the "Journey Into the Night" listening party, so they already knew the lore and many of the lines that came screaming through the PA system before even hearing the song. When Willemain & co. burst into the choral refrain, "To the bridge, to the bridge, gotta take it to the bridge!" the room erupted with dance crazy teenagers stomping the floor to sawdust.

At this point the man of the hour cracked a sly Mona Lisa grin and began knodding along slowly in time with the savage beat. Gazing out over the crowd of several hundred sweaty hyped up kids, L.J. was absolutely transcendant. For this one golden night he was no longer a dorky headbanger who bought booze for teens and lived with his parents in some podunk town, he was a mystical hero, a shameless sex-freak, the white hot reactor core at the center of Towson-Glen Arm's counter culture blow out.