When a Non-Dog Person Loses a Dog 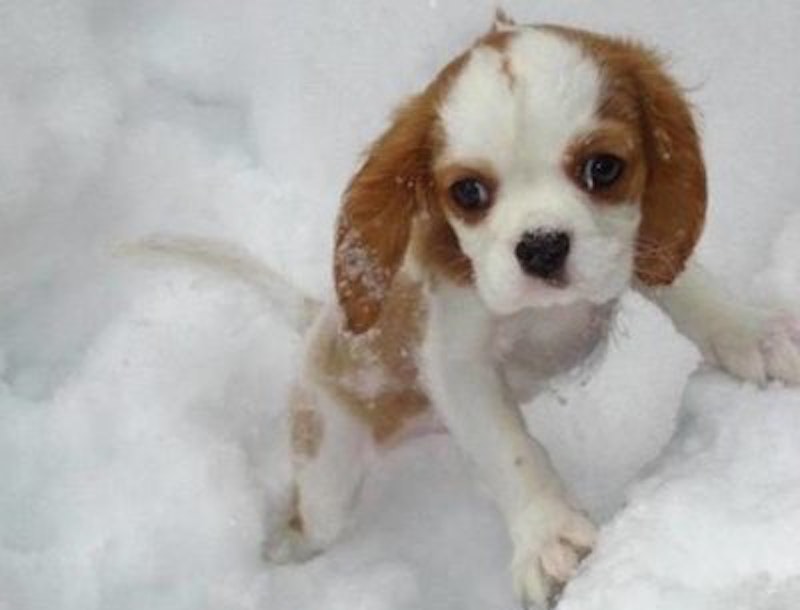 I never had a dog when I was a kid, because the apartment complex didn’t allow them. I wrote an article four years ago called “I Hate Dogs,” because I never got the dog-love thing that people apparently acquire when they’re growing up. I’ve never understood dog people, who act like dogs are people, and let their dogs sniff people’s crotches without telling them to back off, and have gone my whole life feeling generally left out of society because I don’t get dogs and dog people.

But then, we got a dog, eight years ago, when my kids were younger, because kids want dogs, and I didn’t want them to grow up and tell their therapist and everyone else that their mom didn’t let them have a dog. Also I didn’t want them to grow up and be weird adults like me who don’t understand dog people. So I did all this research about breeds and we got a King Charles Cavalier Spaniel and named him Ollie. He was a great puppy and dog and he quickly became part of our family. Everyone loved him. At the time we got him, my kids ranged in age from 14-three, so for the last eight years they grew up with him.

But last fall Ollie was diagnosed with heart disease, an affliction common to the breed, and this spring he was diagnosed with lymphoma. Unfortunately, his cancer spread quickly and last week we lost him. In his last week, we were in a position of possibly making a decision about having to choose to end his life, and my daughter Molly, the dog’s main “mom,” a pre-vet student at Virginia Tech who works in our hometown as a vet tech, talked about traveling home to perform the euthanasia with her mentor, the local veterinarian. But Ollie didn’t make it to her scheduled trip home. I think it’s better. She didn’t have to see how awful his last week was—he couldn’t walk or see at the end, and kept trying to get away from us, as I have learned now that dogs do, to “go off and die.”

I made a Facebook album of all the old photos I could find with the kids and the dog, most of them selfies with Molly, his best friend, who he took through some tough times and even posed with in her prom gown. I realized a photo had never even been taken with me and the dog in it, and felt badly there wasn’t a family photo with all of us and Ollie.

And I surprised myself by crying when he died. Of course the call down to Virginia Tech was the worst part of all. And then the call to my oldest daughter at University of Baltimore also—she’d been the one to bring him home from the breeder on the first day, and she loved him too. With my younger two kids, at one point all six of us were crying at the same time. I had no idea how attached I was to the dog. I’d always made the kids walk him and feed him, saying if they wanted a dog, they’d have to take care of him, which they always did.

But Ollie didn’t ask for much. He was always happy to see me when I came in the door, his tail wagging. He knew it was me who snuck him the pizza crust end or the Sunday night steak scraps when my future vet kid yelled about how it wasn’t good to give him people food. He would lie with me when I was home alone and not feeling well. All he ever did was love us. So all the sudden when he was gone, it was astonishingly sad. The first time I walked back into the house (after a horrible trip bringing him to the vet/funeral home) and he wasn’t there to greet me, I cried again. Our entire family couldn’t watch TV for the first two days, because sitting in the room without the dog in his usual spot was just too sad.

The outpouring of messages on social media from people showed me that they understood and had been through losing a pet when I never had, and now I get it. Dogs really are part of our families. I’ll never say “I hate dogs” again because it turns out I really did love one after all.