Humanity is busy with other things. 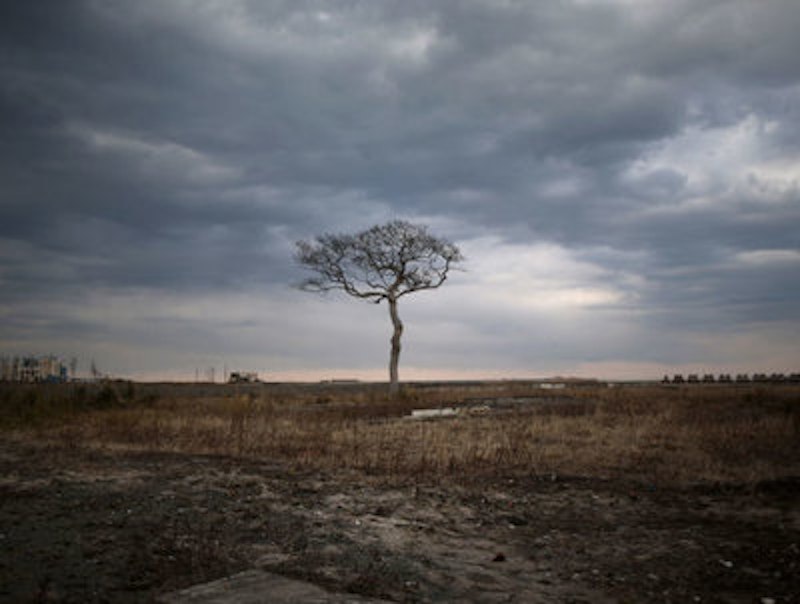 If you’re more concerned about “climate change” than Fukushima, you might be too stupid to live. It’s been six years since Murphy’s Law went into full effect at the Fukushima Daiichi nuclear power facility in Japan. Three nuclear reactor cores have melted down entirely, and no one knows exactly where they are. One may have exploded into the atmosphere.

Japan has been less than forthcoming on this matter. Some 1500 highly volatile spent fuel rods still have to be dealt with. The removal of those rods is the most delicate industrial effort ever undertaken. If the rods touch each other, it could trigger an uncontrollable and unpredictable fission reaction. This is the most catastrophic man-made disaster in history, potentially an extinction-level event. The radioisotopes spewing uncontrolled into the atmosphere and Pacific Ocean are a direct threat to every DNA-based life form on this planet, with the possible exception of the indomitable tardigrades.

A reasonable advanced technological species would’ve responded to the crisis immediately, mobilizing all available resources and personnel to resolve the crisis, but we’re not a reasonable species. Humans have serious problems with impulse control, particularly with regard to deploying new technologies before they’re fully mature. We’re inclined to do things simply because we can, without sufficient thought to consequences. There are some 450 boiling or pressurized water nuclear reactors in operation worldwide, providing a mere 10.9 percent of humanity’s energy needs. The boiling water reactor is the earliest and crudest of nuclear power sources. Most of the ones in operation were constructed in the 1950s and 60s and are well past their appointed decommission dates. A number of them are leaking. Decommissioning them is a great deal more complicated than building them. The first impediment is shareholder value; in the rare cases where the reactor is owned by the state, national pride.

The second impediment is the hard fact that the technology of dismantling a nuclear reactor is exponentially more complex and challenging than the technology of building one. Disposal of the waste material remains an unresolved issue. It requires a storage facility capable of keeping the material secure and isolated for 24,000 years. That’d be a good trick. How old is the Sphinx? Wouldn’t you like to know what’s inside it?

The most impressively stupid thing about these primitive reactors is that the geniuses who designed them never came up with a Plan B, a comprehensive strategy to deal with the worst-case scenario. The best they’ve got is a technique known as SCRAM, an acronym standing for Safety Control Rod Axe Man or Safety Control Rods Activation Mechanism, depending on whose account you believe. It dates back to the world’s first nuclear reactor, which was built in 1942 in support of the WW2 Manhattan Project under the spectator seats at Chicago’s Stagg Field. There have been no effective improvements in reactor shutdown technology since. I see no celebrations or commemorations of the 75th anniversary of nuclear power.

Fukushima isn’t even big news. Humanity is busy with other things, like pointless wars and quibbling over trivialities like race, religion, and gender. Globalists and nationalists are battling it out like it’s 1939 all over again. Mom and Dad are shrieking, cursing and throwing plates at each other in a domestic dispute about the curtains while the house is burning down. The tweakers are too absorbed in their endless Risk game to notice that there’s a leak in the lab about to send the whole damned double-wide up with a bang.

It was Enrico Fermi who came up with the SCRAM strategy. He also had an idea called “the Fermi Limit,” in an attempt to figure out why we haven’t yet been contacted by an advanced alien civilization. Google it sometime if you’d like to know where we are. Perhaps the tardigrades will do better, when their day arrives.