But then, it’s wrong to hold any belief without evidence. 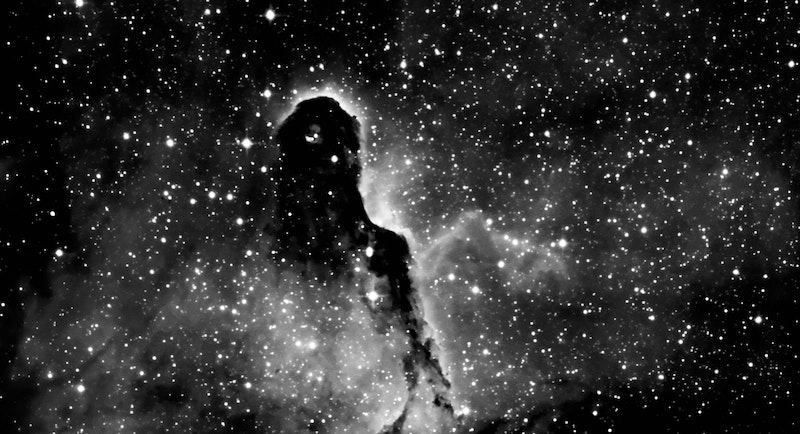 New Hampshire, land of my ancestors, has been identified as the least-religious U.S. state—and, because of that, is attracting stubborn evangelical activists (not to be confused with the libertarians’ immigrant Free State Project there). The stranger and more exhausting the world becomes, the more respect I have for maintaining a non-committal agnostic stance on such things.

If pressed, though—and luckily New England isn’t a place that does much pressing on these matters—I see no remotely sane reason to reject the atheist position, properly understood: that is, an absence of belief in God (not, by contrast, a 100 percent promise that there’s no God, since you never know—but the burden of proof is on the person asserting something exists or you’ll be chasing unicorns and magic beans by day’s end).

The embarrassing truth, decades of debate on such matters have taught me, is that religious belief survives primarily through the abject philosophical incompetence of its adherents. Trust me, I know there are a few scattered philosophy professors, even the odd scientist here or there, among the billions of believers, but most believers are idiots, and their intellectual allies mostly replicate the idiots’ errors in fancier garb.

That’s not to say that the idiots can’t carry out their day jobs competently or form complete sentences, but where it counts for current purposes—assessing the evidence for or against something’s existence—most reveal, if pressed, that they don’t even understand what “evidence” is, many not even understanding what an “argument” is in anything more than the childish sense of the word: one person talking and the other person saying something in opposition.

Rather than spell out elaborate, dry definitions of such concepts here, though, I’m inclined to note just four very recent examples of the kinds of idiocy people are led into if they reject skepticism and instead embrace belief in whatever sounds exciting, scary, hopeful, inspiring, or otherwise emotionally engaging.

A friend in New Orleans notes a want ad there from someone seeking an expert at ghost removal to cleanse a haunted house. I think they’ll find skepticism abolishes such phenomena quite speedily.

Demi Lovato’s TV series Unidentified last year embraced the idea of CE5—Close Encounters of the Fifth Kind—that is, contact with aliens initiated by humans themselves. The most famous advocate of such techniques, often used at outdoor ceremonies at which flashing lights sometimes appear overhead, is Dr. Steven Greer. He has conclusively proven that if you have a technique that can purportedly summon friendly aliens to save the world, a technique that’s the most urgent and important knowledge humanity has ever possessed, you’ll still charge people for participating.

Minor-league entertainment industry goofball Craig McMahon has been touting a so-called “Ghost Box” for communicating with the dead via staticky radio noises—and here it is supposedly communicating with Robin Williams, perhaps adding to the pain of the late comedian’s relatives (and sounding for all the world like some old piece of equipment jerry-rigged for use in a Black Lodge scene from Twin Peaks).

Some of those straying scientists I noted above have lately been spending time and money researching the idea of “panpsychism,” or the whole universe being alive with consciousness as if with a universal mind, an idea one ought not to push without empirical evidence unless one has at least had the decency to answer the question evolutionary biologist Stephen Jay Gould (for all his flaws) rightly asked about ideas such as the sun having a mind: If minds evolved to solve competitive problems such as how to get food, climb trees, etc., what incentives do we think could possibly lead a stone or a sun to want, need, or develop a mind? What does its mind do?

When I counsel skepticism as an alternative to the wishful and fanciful thinking that lures people into beliefs like the ones outlined above, I’m not urging mere sneering dismissal of any odd-sounding claim. Very strange things could turn out to be true, even the idea of a single Creator, an idea for which even less evidence is typically advanced than for the more concrete but still outlandish claims listed above. It just isn’t responsible to start out by believing such things without hard evidence—meaning evidence that can’tbe accounted for by any more-likely, more-mundane explanations, which should be checked first (check to see if you dropped your wallet before you leap to blaming gremlins for its absence).

I think the YouTubers called the Corridor Crew have the right attitude in examining the recent spate of reports (some from government) about extra-plausible UFO sightings: Concede that hard-to-explain data from expert witnesses warrants cautious, respectful consideration, but don’t be shocked when it looks in the end like even the weirder cases may be mere lens flares or other commonplace phenomena. (I say this as someone who’s been willing, even eager, to listen during the new wave of leaks and official reports about UFOs—and to watch odd pieces of footage of lights in the sky like these.)

Similarly, the admittedly far larger, older, and more influential set of phenomena called religions will likely prove upon honest, rational examination to dissolve into such mundane factors as emotion, poetry, moral instruction, impressive architecture, and a great deal of reading causality into events that may merely be juxtaposed in time, like a prayer and a bit of good news (while the next day’s prayer and bit of bad news are conveniently forgotten, dismissed as a fluke, or even taken as evidence that “God was testing you” that day).